Bollywood actor Varun Dhawan tied the knot with his childhood friend Natasha Dalal last year. Now on Monday, he is celebrating his first wedding anniversary. On this occasion, he shared pictures of his marriage on his Instagram. 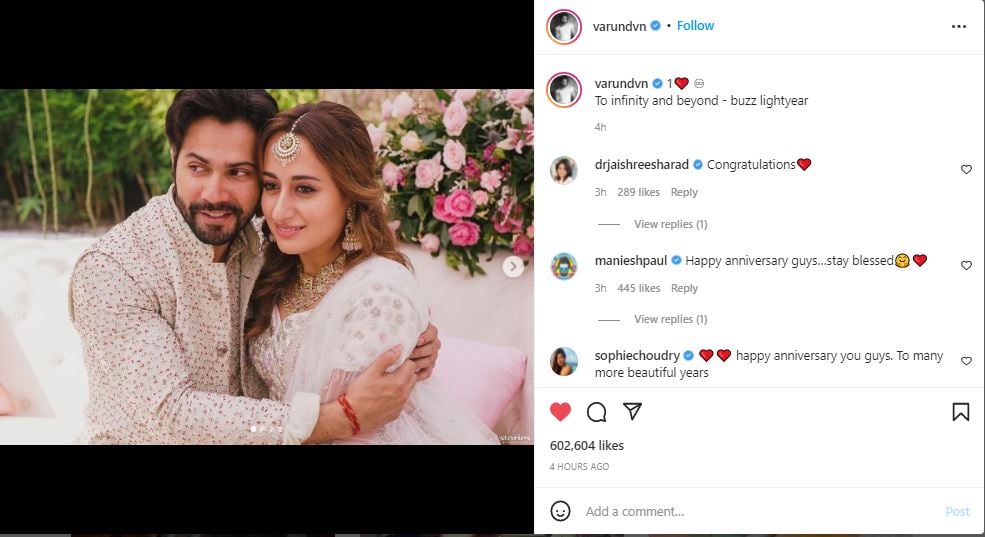 Varun Dhawan shared three pictures on this special occasion. In the first picture, the actor is seen taking an oath by holding the hand of his Wife. In other pictures, he is completing the ceremony of Varmala. At the same time, in the third picture, both of them are looking into each other’s eyes by joining each other’s hands. These pictures have been shared by the actor on Instagram along with a heart emoji in the caption. Along with the fans on social media, these pictures of Varun are being liked by Bollywood actors. The Bollywood actors also wished the couple.

Let us tell you that on January 24 last year, Varun Dhawan and Natasha Dalal took seven rounds at the Alibag resort in Mumbai. Due to Corona guidelines, only people of both the families and some special people had attended the wedding. 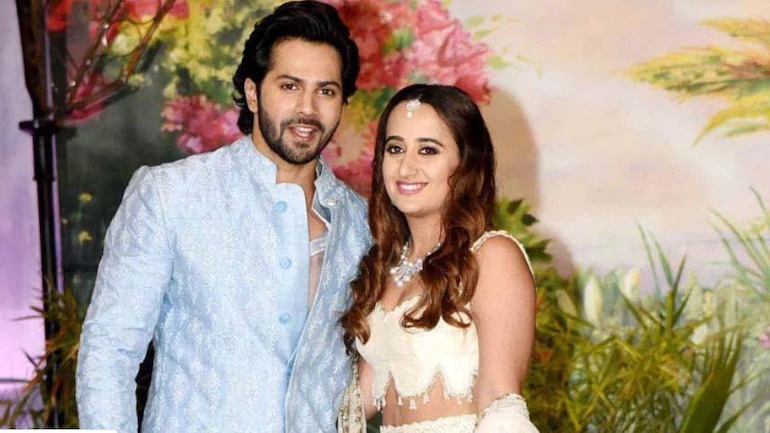 Varun and Natasha were dating each other for a long time. The two were often spotted hanging out and vacationing together. Varun Dhawan and Natasha Dalal have studied together from a school in Mumbai. Varun has told many times that he was in sixth grade when he saw Natasha for the first time. After which both became good friends and remained good friends till class 12th. But after some time when Varun and Natasha met in a music concert, then the actor proposed her. 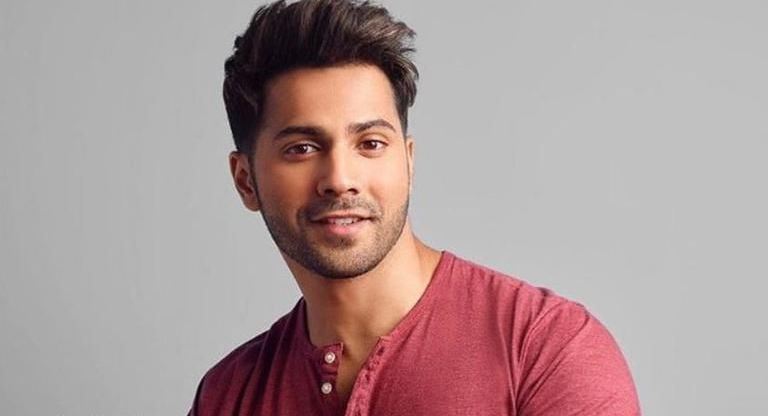 On the work front, Varun recently wrapped up the shooting of the Russia schedule of Jug Jug Jio, directed by Raj Mehta. Varun Dhawan and Kiara Advani are playing lead roles in this romantic drama film. Apart from this, Varun will be seen in Amar Kaushik’s film Bhediya. In this film, he is going to be seen in the lead role with actress Kriti Sanon.