“We Are Tolerant People”, Says Raveena Tandon On Owaisi Offering Flowers To Aurangzeb’s Tomb During His Visit!!

Apart from films, Bollywood actress Raveena Tandon is also known for expressing her opinion freely. Recently, the actress has once again came into the limelight due to one of her tweets. Actually, AIMIM leader Akbaruddin Owaisi went on a tour of Aurangabad in Maharashtra on Thursday. During this visit, Owaisi along with his party leaders visited Aurangzeb’s tomb and offered flowers there. After this, there was also a protest reaction from all over the country regarding his visit. At the same time, now the actress has also given her opinion on this matter by tweeting on this matter. 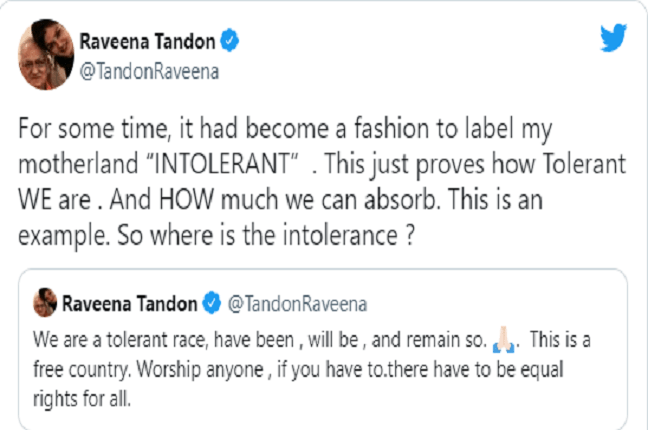 Raveena Tandon shared her opinion and tweeted, ‘For a few days it has become a fashion to label my motherland as ‘intolerant’. And this thing proves how tolerant we are and how much we can have the strength to tolerate, this is an example. Where is the intolerance after all?’ 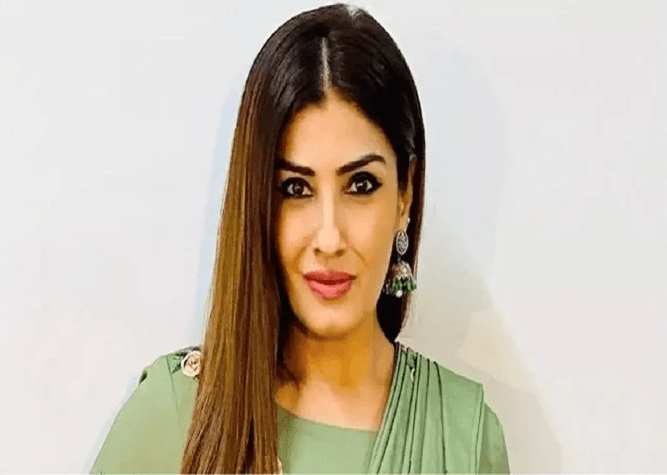 The actress said in her tweet that everyone in the country has the right to worship anyone and targeted the intolerant gang. She retweeted author Anand Ranganathan’s tweet and further wrote, ‘We are tolerant, were and will be. India is a secular country. Anyone can worship anyone here. Here everyone has equal rights.’ 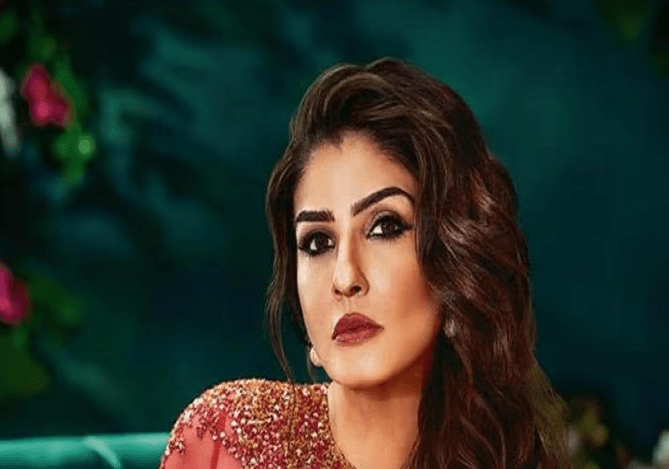 Actually, famous writer Anand Ranganathan had tweeted targeting Aurangzeb with a photo of Owaisi who had come to pay his respects to the tomb of Aurangzeb. While giving his opinion on the matter he wrote, “To behead the tomb of the demon who beheaded Guru Tegh Bahadur, beheaded Shambaji Maharaj, the person who destroyed Kashi and he killed more than 49 lakh Hindus is a psychotic act of his excitement.”