Fans are very excited after watching the Brahmastra trailer since its release. Recently, the trailer of this film starring Ranbir Kapoor and Alia Bhatt was released, seeing which netizens are not tired of praising it. But along with this, a controversy has also erupted regarding a scene of this film.

In this scene, Ranbir is seen wearing shoes in a temple. The director and actor of the film are being trolled a lot for this scene. Meanwhile, now Brahmastra director Ayan Mukerji has openly expressed his views on the scene. Along with this, he has also told that now this trailer has also been released in 4K. 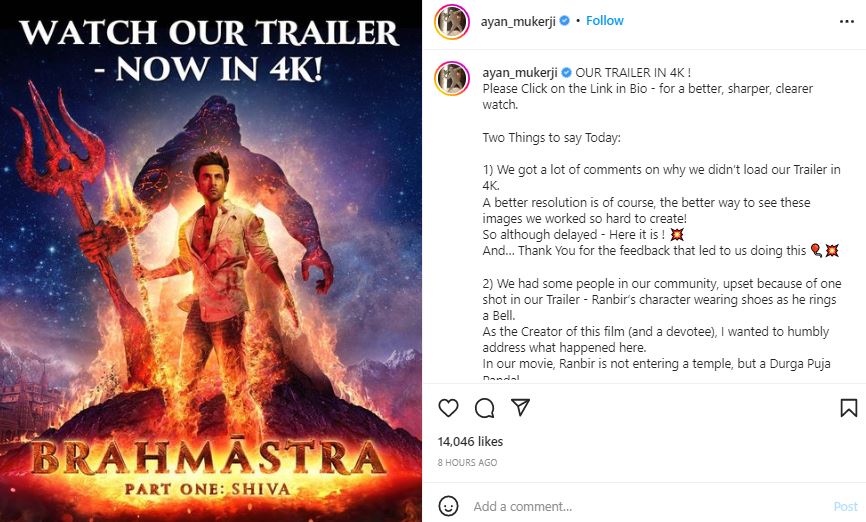 Ayan wrote on Instagram, “There were some people in our community who were upset due to a scene in the trailer that Ranbir’s character is wearing shoes and ringing the bell. As a producer (and a devotee) of this film, I would like to humbly explain why this happened? In our film, Ranbir is not entering the temple but entering the Durga Puja pandal. My own family has been organizing similar Durga Puja celebrations… for 75 years! Which I have been a part of since childhood. As per my experience, we take off our shoes only where the deity is and not when you enter the pandal.” 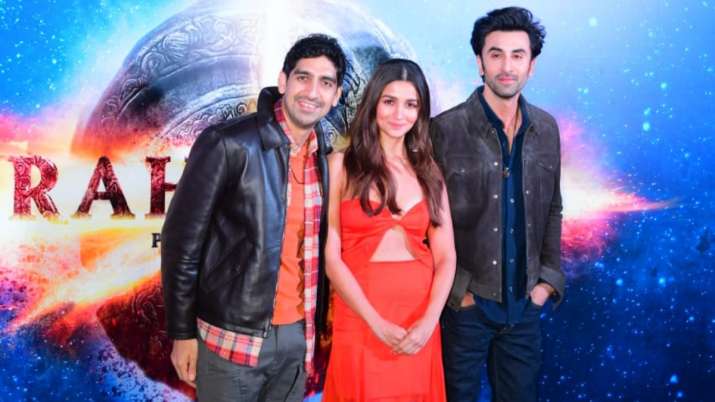 Ayan further added, “It is important for me personally to reach out to all those people who are upset because of this image… as Brahmastra honors and celebrates Indian culture, traditions and history. That’s why I made this film, so it is very important for me that this feeling reaches every Indian who is watching Brahmastra!” 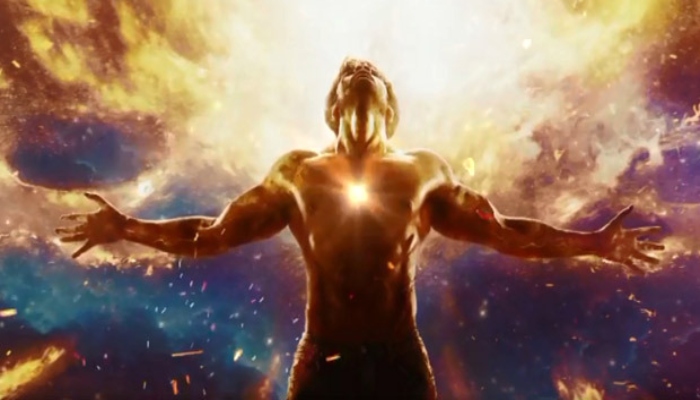 Significantly, apart from Ranbir Kapoor and Alia Bhatt, Nagarjuna, Mouni Roy and Amitabh Bachchan will also be seen in important roles in the film. The film will release in cinemas on 9 September. Let us tell you that Alia Bhatt and Ranbir Kapoor fell in love on the sets of the film and got married in April this year.