The beginning of the singer Asha Bhosle’s romance with her musician husband RD Burman was previously discussed. In a 1993 interview, Asha claimed that RD Burman was following her and would flatter her till she finally agreed to work with him. She also remembered the response to their relationship from her late sister, singer Lata Mangeshkar. 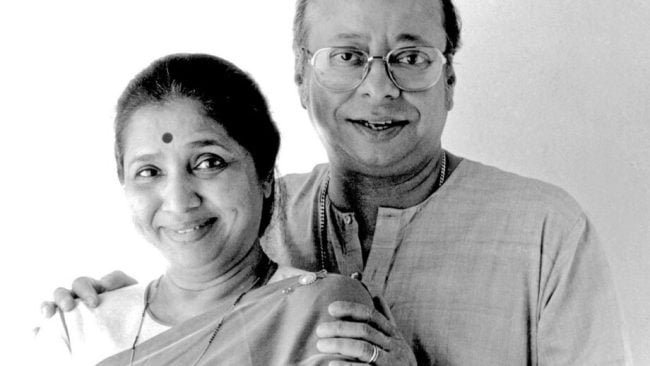 Rita Patel and RD Burman were married for the first time in 1966. But in 1971, they got divorced. After that, in 1980, he wed Asha. A few years later, they also grew apart. RD Burman and Asha collaborated on numerous songs during their multi-decade partnership, many of which went on to become hits. Additionally, they gave live performances. When asked how their relationship began, Asha stated in a conversation with The Quint, “Asha tumhara sur bahut achha hai, main tumhari awaaz par fida hoon, yeh mere peechhe pade thhe. And now, kya karti? Okay, kar diya (He was stalking me), Asha you have a great tune, I love your voice. What was left for me to do? I consented). In response to her sister Lata Mangeshkar’s response, Asha had noted, “The matter hasn’t been discussed, neither with me nor with Pancham.”.