Bollywood’s famous and veteran actor Sunny Deol is currently walking away from the big screen. Sunny Deol’s fans are eagerly waiting for his return on screen. Now the wait for the fans of the veteran actor is over. Actually, Sunny Deol has announced his new film. After knowing this, his fans have become quite excited. Sunny Deol has announced his new film on his official Twitter account. He has shared the poster of his upcoming film on Twitter. ‘2’ is written on this poster. Along with this, it is written, ‘The story continues’. Sharing this poster, Sunny Deol has also written a special tweet. 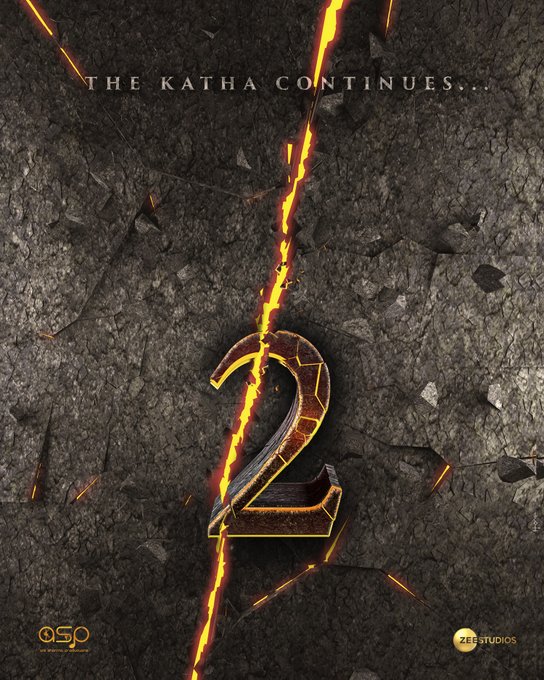 He wrote, ‘Tomorrow at 11 am about to announce something very special and close to my heart.’ This tweet of Sunny Deol has increased the curiosity of his fans a lot. Since then, many fans are watching the sequel of his previous film. Many social media users believe that this upcoming film of Sunny Deol will be a sequel to his blockbuster film ‘Gadar – Ek Prem Katha’ as the tag line of his film was ‘Ek Prem Katha’. 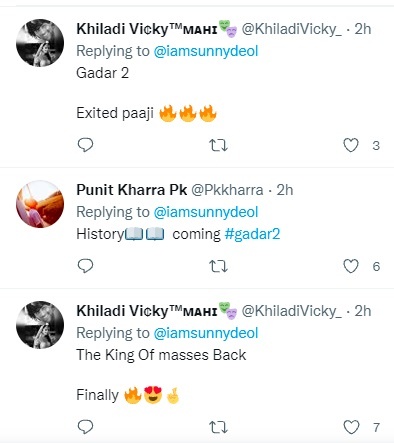 Khiladi Vi¢ky commented on Sunny Deol’s tweet, ‘Gadar 2, excited paaji’. Punit Kharra Pk wrote, ‘History is repeating, Gadar 2’. Bhaskar Agnihotri wrote, ‘Many congratulations to Gadar 2, sir and team’. Apart from these, many other social media users have given their reactions to Sunny Deol’s tweet. Along with this, the tweet of the actor is also becoming increasingly viral. 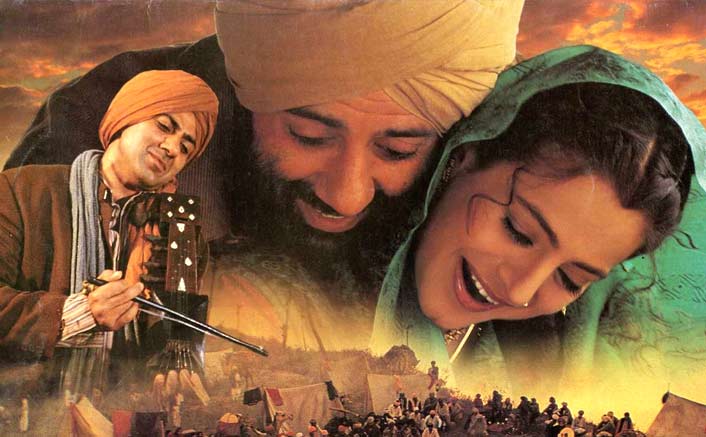 Let us tell you that Sunny Deol’s film ‘Gadar – Ek Prem Katha’ came in the year 2001. In this film, he was accompanied by several actors including actress Ameesha Patel and Amrish Puri in the lead roles. ‘Gadar – Ek Prem Katha’ proved to be the biggest hit that year. The film was directed by Anil Sharma. Talking about Sunny Deol’s other work front, he will soon be seen in R Balki’s most awaited upcoming psychological thriller film.

The Kapil Sharma Show: Know Why Malaika Arora Called Geeta Kapoor Shameless?
Ranveer Singh Preps For His First Wedding Anniversary, Gets A Facial And Hair Spa Done, Deepika Has A Hilarious Reaction
Urfi Javed Reveals An Unknown Aspect Of Her Life That May Help Her Win Karan Johar’s Show!
When Amrish Puri Was Ramanand Sagar’s First Choice For ‘Raavan’, Then How Arvind Trivedi Got The Role?