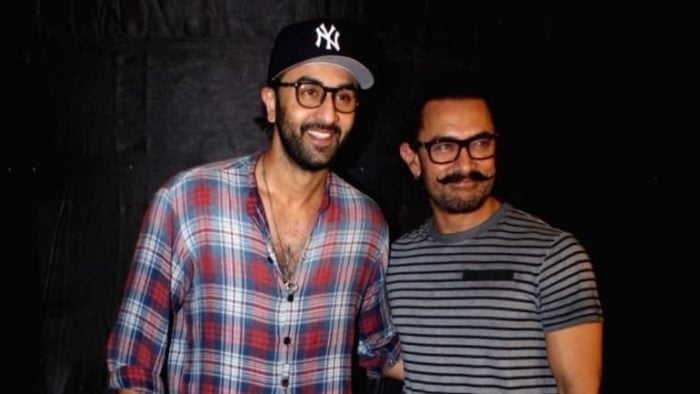 However, Ranbir Kapoor and Aamir Khan will decide on doing the film only when they will be satisfied with the final script.  The duo is very much aware of the audience’s expectations. So, they are in no hurry to commit to this film. At this moment, the film is in a very nascent stage. While Aamir Khan Production has conceptualized the basic idea of the film, its Basu, who is weaving its screenplay.

AKP is spending a good amount of time in the writing process of the film. There will be high use of VFX which is making it an extremely risky project. According to sources, Aamir Khan wants a visual blueprint of what the film would look like. Once both the actors are satisfied, the film will take off anytime next year. Right now, both RK and AK are agreeing on working together.

While Ranbir Kapoor has earlier worked with Anurag Basu, it will be the first time for Aamir Khan. RK and Anurag Basu had collaborated for Barfi and Jagga Jasoos in the past. At various events, Basu has confessed to being a fan of Aamir Khan. Currently, Mr. Perfectionist is in the news because of  Laal Singh Chaddha’s release on 11 August.

Aamir Khan’s next film will be the remake of the Spanish film, Campeons. RS Prasanna will direct this film and it is expected to kick-off at the end of 2022. On the other hand, Ranbir is busy with the shooting of Luv Ranjan’s next movie and Animal. He is also in talks to play Lord Rama in Ramayana. However, this film is also in the pre-production stage.