Ram Charan, who is currently shooting for his forthcoming film RC15, paid a visit to the BSF camp in Amritsar. The actor also took to social media to share a photo with the BSF soldiers, describing it as an “inspiring afternoon.” He organized langar at the Golden Temple with his wife, Upasana Kamineni Konidela. 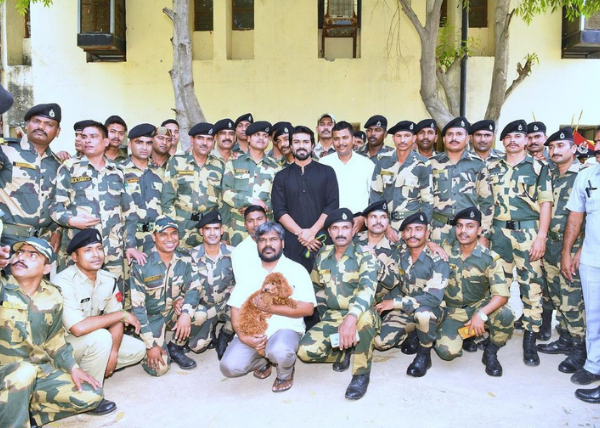 Ram Charan, who has been hailed for his performance in RRR, shared a photo with BSF troopers on Instagram. “Inspiring afternoon spent listening to stories, sacrifices & dedication of the Border Security Force at the BSF Campus, Khasa Amritsar (sic),” read his caption. ‘

The soldiers were overjoyed to see the RRR star in Amritsar’s Khasa neighbourhood. Ram made a gallant effort by sending his chef from Hyderabad to the BSF mess to prepare a substantial supper using family recipes. Ram Charan spent precious time with the jawans over lunch. 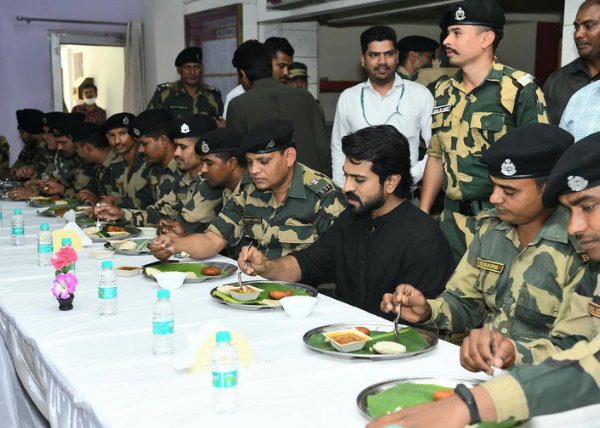 Meanwhile, Ram Charan’s wife and entrepreneur Upasana paid a visit to the Golden Temple and organized langar on his behalf. She also helped out in the gurudwara with seva.

For the past week, Ram Charan has been filming in Amritsar for the movie. In this film, he works with filmmaker Shankar for the first time. Kiara Advani also appears in the film, which is titled RC 15. After Vinaya Vidheya Rama, this would be Kiara’s second Telugu film starring Ram Charan. 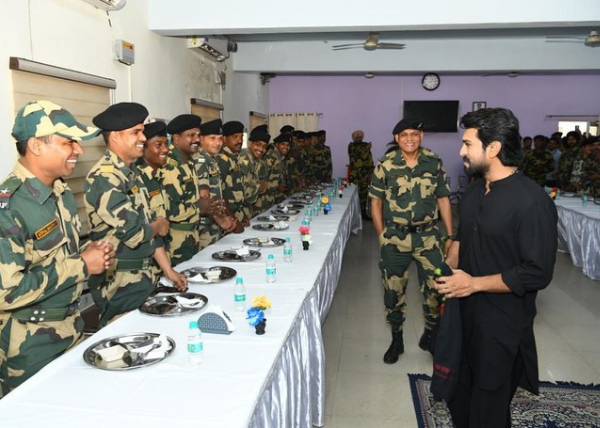 S.S Thaman will compose the music for RC 15, which is expected to be an action thriller. The rest of the cast and crew will be announced shortly.