Airport Diaries: Anushka Sharma & Virat Kohli Are ‘Couple Goals’ As They Twins In White & Black At The Airport!

The celebrity couple was twinning and winning. Anushka and Virat were both dressed in white t-shirts and black leggings. On Wednesday, Anushka Sharma and his husband Virat Kohli were photographed at the Mumbai airport.

The couple was all smiles as they walked hand in hand at the Mumbai airport before taking off to an unknown destination. Virat Kohli won everyone’s hearts by wearing a cute sweatshirt to the airport. 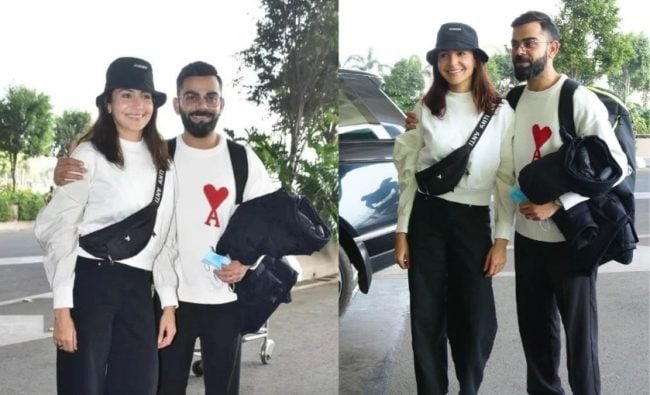 Anushka and Virat twinned with each other. They were both dressed in white sweatshirts and black pants. Virat’s sweatshirt featured a red heart with an A letter beneath it.

He posed for the paparazzi with his hand on his wife’s shoulder. They were both wearing white sneakers. Virat wore a large black bag and a black jacket. Anushka was wearing a black cap and carrying a black fanny bag. 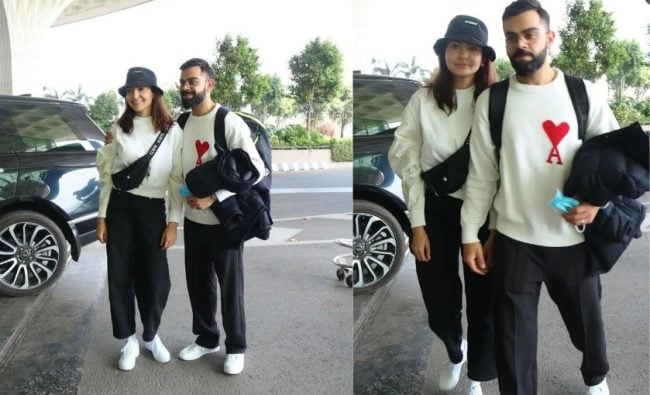 After dating for several years, Anushka Sharma married cricketer Virat Kohli in an intimate ceremony in Italy in 2017. Vamika, the couple’s first child,  their daughter was born in 2021.

On Professional Front: Indian Cricketer Virat Kohli has been named to the International Cricket Council’s ‘Most Valuable Team of the Tournament,’ unveiled following England’s victory over Pakistan at the Melbourne Cricket Ground was the final of the T20 World Cup.

Virat Kohli had scorched the competition, finishing as the best run-scorer with 296 runs at an incredible average of 98.66. He hit four fifties, including an undefeated 82 against Pakistan in the Super 12. 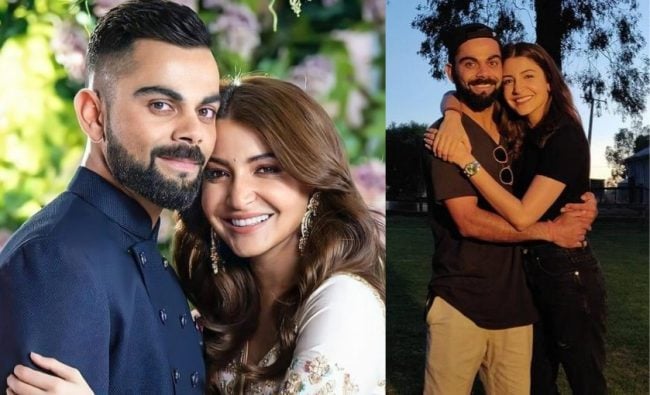 Anushka will next be featured in the upcoming sports biopic film Chakda Xpress, which is based on the life and journey of cricketer Jhulan Goswami. It will only be available on Netflix.

After having her first kid, she took an extended vacation from her working life. She was most recently seen in Zero (2018), directed by Aanand L Rai, opposite Shah Rukh Khan and Katrina Kaif.