Ajay Devgn Featured As A Toddler In These Latest Reels; Check Out!

One of Bollywood’s most gifted and promising actors is Ajay Devgn. He made his cinematic debut in 1991 with Phool Aur Kaante, and in the 30 years since then, he has appeared in more than 100 movies. He is regarded as one of the actors in the movie business who has made the most money.

He has a sizable fan base and is also highly active on Instagram. Our feeds are frequently graced with Ajay’s photos and videos. He only released a silly video on Friday, that left us in splits. 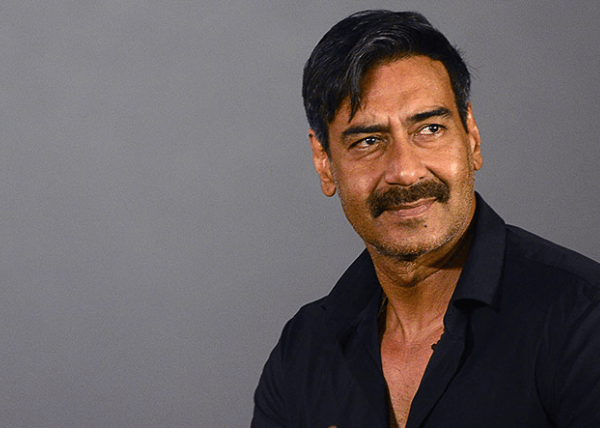 Ajay was seen driving a quirky two-wheeler in the video. It was obvious from his innocent smile how eager he was to ride it. He included a humorous caption and a reel. “That’s how I roll,” it said.

Naturally, the lovely video was a popular with friends and family and quickly went viral. Tanishaa Mukerji, Kajol’s sister, couldn’t help but respond with a laughing emoji. In the comment area, other followers praised the celebrity. One of them commented, “Sir aapko dekh ke humme apne bachpan ke din yaad aa gye 😍#ajaydevgan. (Sir, after looking at you, we are reminded of our childhood.)” Another fan commented, “That smile 🔥.”

The video was called “cute” and “sweet” by several viewers. One admirer added a joke about the actor no longer having to worry about the cost of petrol or diesel. “Sir, ab to gadi ki jarurat nahi padegi na petrol diesel ki tension, mast raho sabko past rakho,” read the comment. (Sir, you won’t need a car now, no tension of petrol and diesel. Have fun.)”

Ajay Devgn has made one of the best announcements in ever. The producers will soon return with the suspenseful sequel after captivating the audience in 2015 with their murder mystery Drishyam. The main characters of Drishyam had a significant news to make on Tuesday.

Drishyam 2 will debut in November, Ajay Devgn and Tabu, the directors of the original film, revealed on social media. Ajay tweeted, “Attention! #Drishyam 2 releasing in theatres on 18th November 2022.”

Ajay Devgn’s well-known character Vijay Salgaonkar will take us on yet another exciting adventure in this year’s Abhishek Pathak-directed film. This sequel promises to up the ante in terms of thrill, drama, and excitement and will push the tale of Vijay and his family beyond the realm of possibility.