Ankita Lokhande Was Looking Gorgeous In Her Bride Look,See The Complete Wedding Album Of Haldi-Mehndi To Pheras 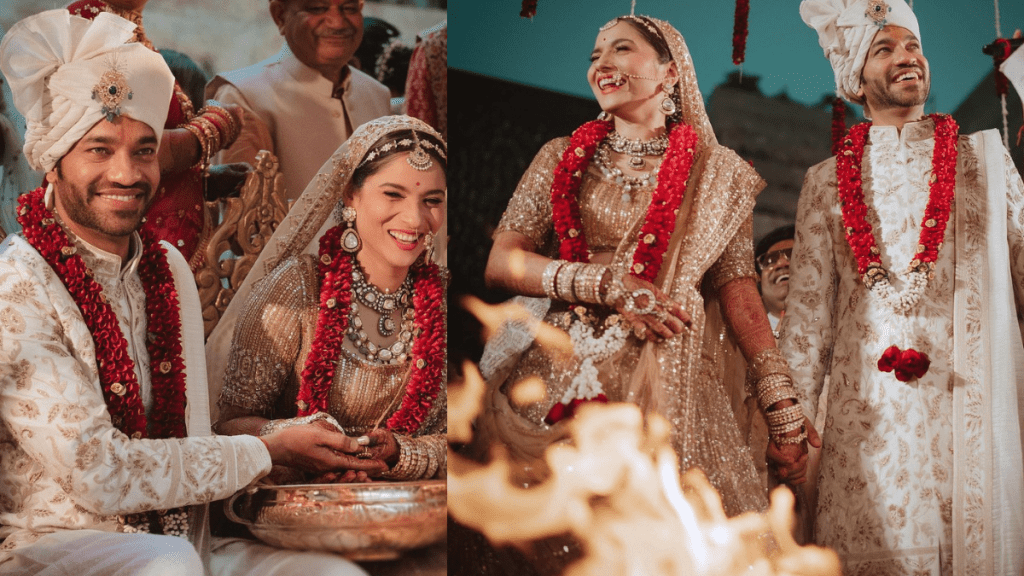 Ankita Lokhande and Vicky Jain got married on December 14 at a five-star hotel in Mumbai. Now the wedding photos of both are going viral on social media. Ankita, who became a bride in a golden-colored lehenga, is looking very beautiful. Ankita’s husband Vicky Jain was also very happy wearing his wedding outfit. He is wearing a matching white sherwani.

Let us show you Ankita and Vicky’s wedding album… 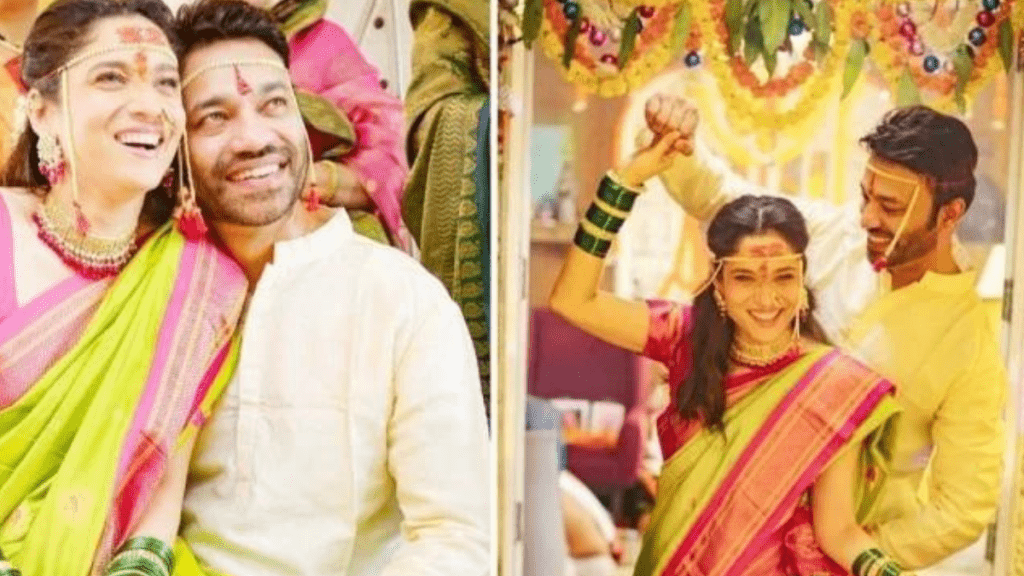 These pictures are from Ankita and Vicky’s pre-wedding function which was held at Ankita’s house. After this, there was a program of Mehndi and Sangeet. 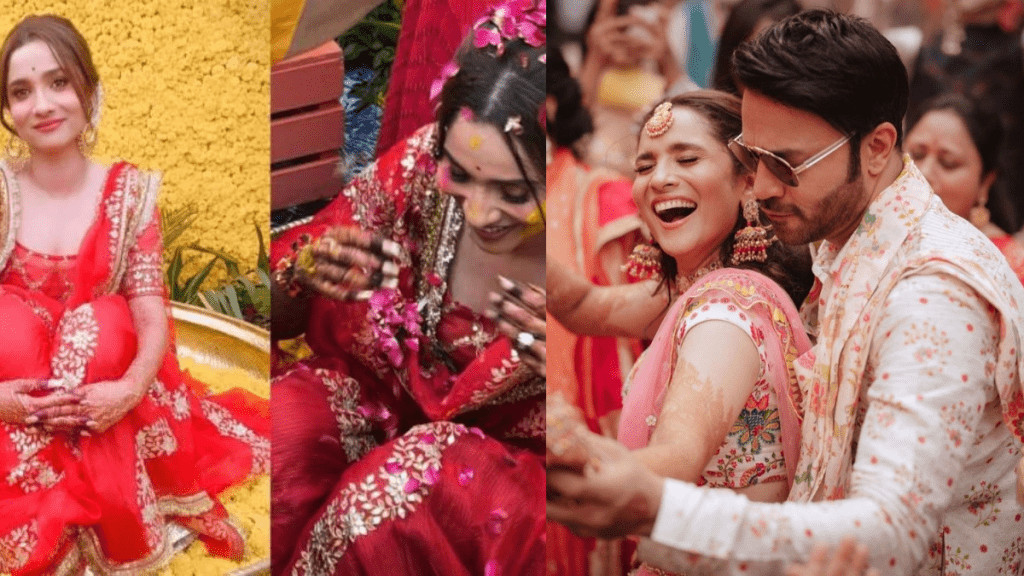 Ankita was always excited about her marriage and wanted to get married with great pomp and it happened. Vicky Jain and Ankita’s wedding pictures have created a ruckus on social media. In her Haldi ceremony, Ankita wore a red suit.

Vicky Jain and Ankita rocked their Mehndi Ceremony. In this picture, Vicky Jain is carrying the actress in his lap. Posting the pictures, the actress wrote in the caption – ‘The love we both share made our Mehndi beautiful and memorable.’

Before marriage, both of them had also done a pre-wedding video shoot. Whose video was shared by Ankita with fans on her social media accounts.

In the engagement, Ankita wore a black color dress in which she looked very beautiful, while Vicky wore a black outfit. 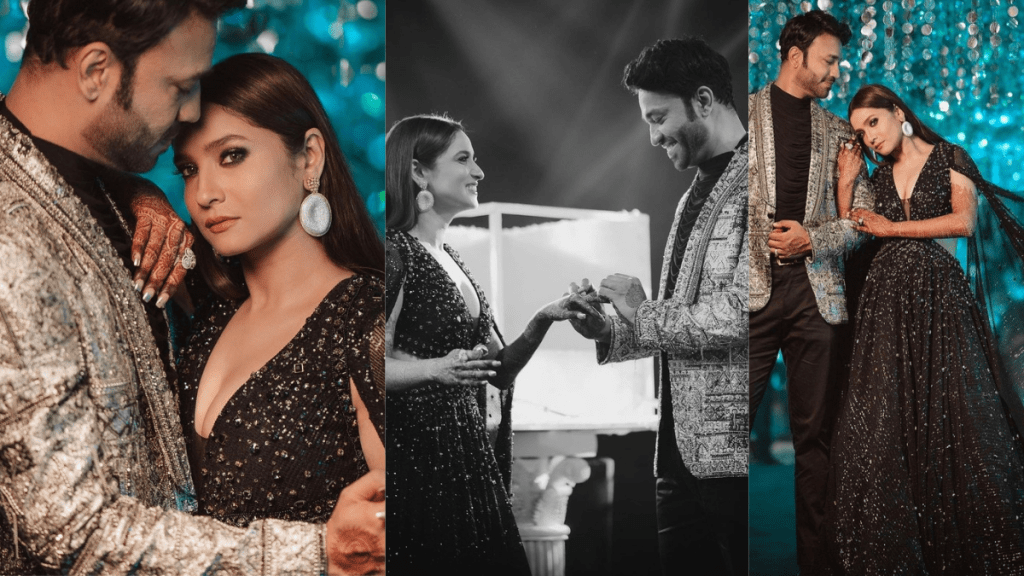 Ankita and Vicky started dating each other in the year 2018. Vicky is a well-known businessman.

Both have been seen sharing romantic moments with each other on social media. Before Vicky, Ankita was in a relationship with Sushant Singh Rajput. 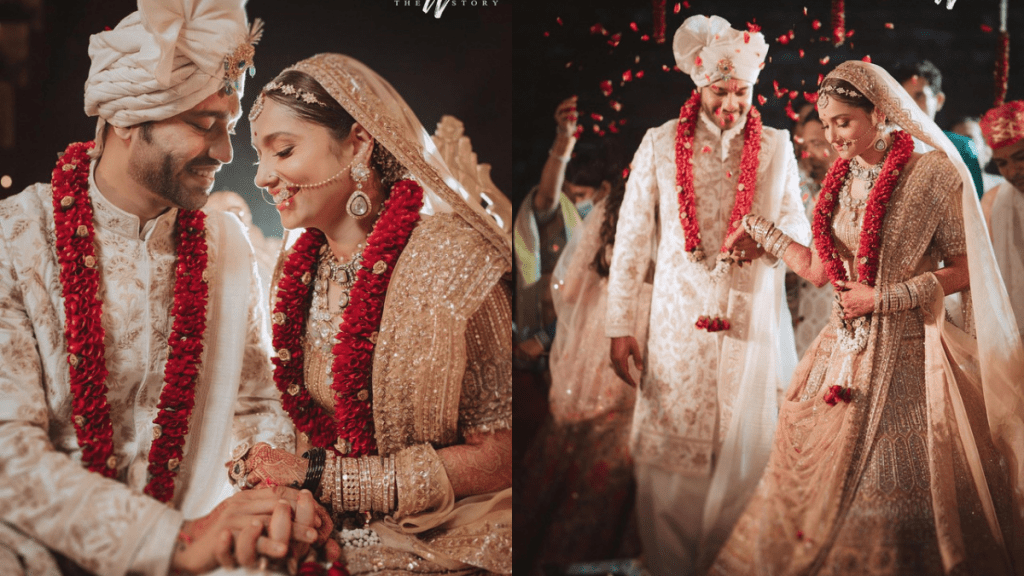 WAnkita says about Vicky, she considers herself very lucky to have found a partner like Vicky. Both Ankita and Vicky are looking very happy in these pictures.