‘Kaagaz’ star Anupam Kher sent a fascinating update to his fans on Monday as he began filming the sequel.

The actor has been in 525 commercially and critically renowned films in the past, including Saraansh, A Wednesday, and Special 26. The actor of ‘The Kashmir Files,’ who will appear in his 526th film, announced the good news to his Instagram followers. 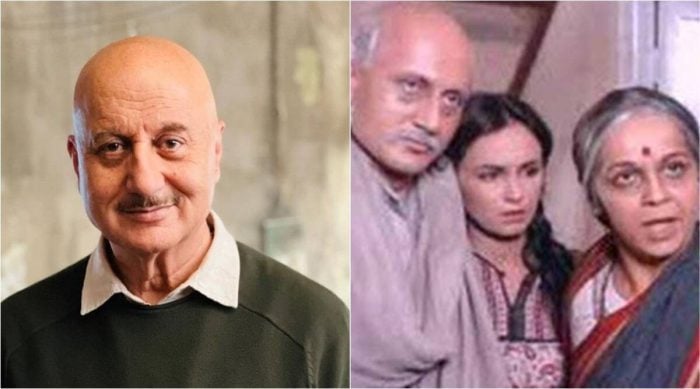 The clapper board with the film’s name on it was shown in the video. The plot of the next movie Kaagaz 2, was also revealed.

The veteran actor posted the video on Instagram and remarked, “Friends! :)” #Kaagaz2 is the 526th film I’ll be making. Please continue to shower your kindness and blessings on me. They’ll be indispensable to me for the rest of my days. People from tiny towns, this is for you. Don’t let up on the effort, commitment, or integrity! You can conquer the planet! #526thFilm #CelebratingCinema #Movies #Kaagaz2.” 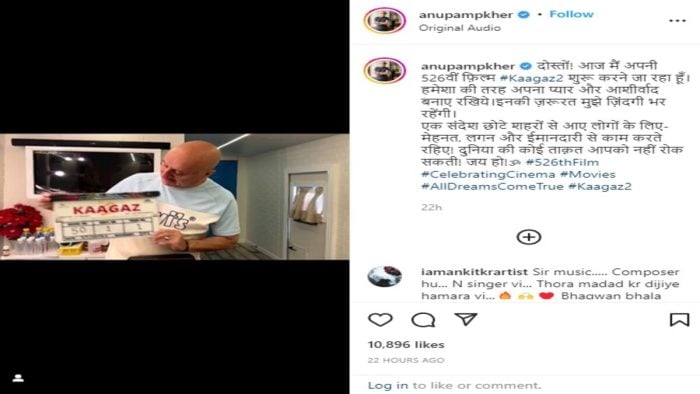 The actor and director Satish Kaushik have worked together before. Kaushik has acquired the rights to adapt the Malayalam film Nirnnayakam (2015) as the follow-up to the actor’s last feature, Kaagaz (2021). VK Prakash directed the first version of the film.

Kaushik responded to Anupam Kher’s message by saying, “Khersaab, it is fantastic to have you in our dedicated project Kaagaz 2. This picture will benefit greatly from your imposing presence. Kaagaz2 thanks you and sends its love.”

Anupam completed the filming of ‘Uunchai’ alongside iconic actors Amitabh Bachchan, Boman Irani, and Neena Gupta, which is currently in post-production. 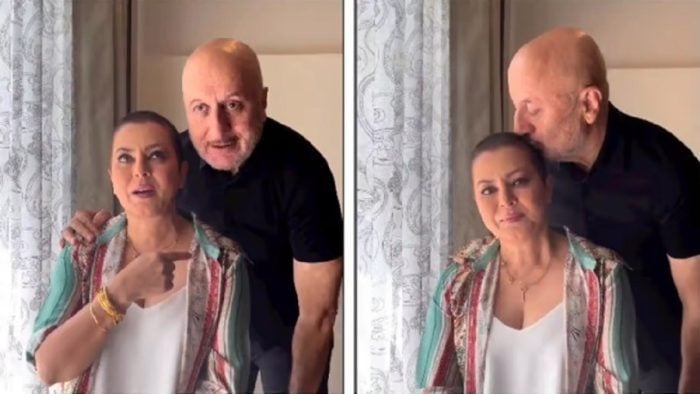 Additionally, he revealed the title of his future film, which would star Mahima Chaudhry, ‘The Signature.’ First images from his forthcoming 525th film “The Signature” were also released recently.

The impending movies of him have us quite excited. How excited are you? Let us know in the comments.