Bollywood Actress Vidya Balan’s movie Sherni trailer is out – A conflict between man-animal.

The trailer of Vidya Balan streaming on Amazon Prime movie Sherni is out presently. Vidya Balan plays the role of an IFS(Indian Forest Service) officer in the movie which seems to be about the life between humans and wildlife.

The Amazon prime video has shared the first trailer for the upcoming film, Sherni. The movie was directed by Amit Maysurkar.

Vidya Balan plays a forest officer in the movie. Starring Neeraj Kabi, Vinay Raaz, Sharat Saxena, Ila Arun among others, the film will be released on June 18 on Amazon Prime Video.

In the video, we can see Vidya’s character battle stereotypes and try to overcome obstacles in her professional as well as personal life. Fans are expressing the trailer with love, after watching this movie trailer, “Yes India can win Oscars,” wrote one fan.

Vidya Balan plays a vital role in the movie as a forest officer who despite the hurdles and pressures works with her team and local peoples to maintain a balance in the environment. While people inhabiting areas around the forest are concerned about safety. 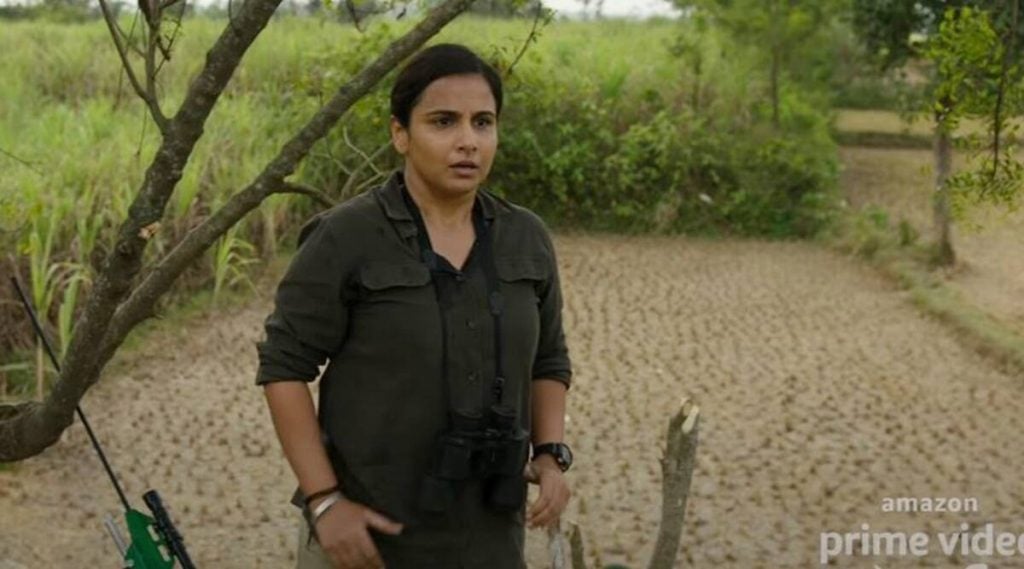 Speaking about the Sherni movie, in a recent statement Vidya Balan had said, “Ever since I first heard the safety story of Sherni, I found the world fascinating and so far removed from my own. Also, the character I play, Vidya, is a woman of few words but many dimensions. The film deals with a sensitive topic that touches upon respect, mutual understanding, and co-existence, not just between man-animal, but between humans as well as wildlife.

Director Amit Masurkar had also shared his experience of working on film and said, “Sherni is a sophisticated story, exploring the perplexing issues of good conflict between humankind and animals.

Vidya Balan plays a mid-level forest officer who, despite obstacles and pressures, works with her team and local allies to preserve a balance in the environment. Working with her, the amazing ensemble cast, and the uber-talented crew has been an incredible experience for me.”