Ibrahim Ali Khan, the younger son of former couple Saif Ali Khan and Amrita Singh and brother of Bollywood actress Sara Ali Khan is one of the most popular celebrity kids in Hollywood. The little star child has yet to make his entertainment debut, but that hasn’t stopped him from being in the spotlight. While he keeps his Instagram account secret, his photos are among the most popular on the internet right now.

He is now assisting Karan Johar on Rocky Aur Rani Ki Prem Kahani, a film starring Ranveer Singh and Alia Bhatt. His followers have devoted multiple fan clubs to him as a result of his fame on social media, and one such fan club just published an unseen photo from the set of the film. Ibrahim is wearing a shirt and looks away from the camera in the black and white photo posted by Ibrahim’s fan group. He’s also seen carrying Rocky Aur Rani Ki Prem Kahani’s clapboard. Fans quickly recognized the celebrity youngster in his most recent snapshot as a young Saif Ali Khan. A user wrote: “Wow! Looks like Saifu.” While another user commented: “So nice” “Masha Allah,” wrote a third user. 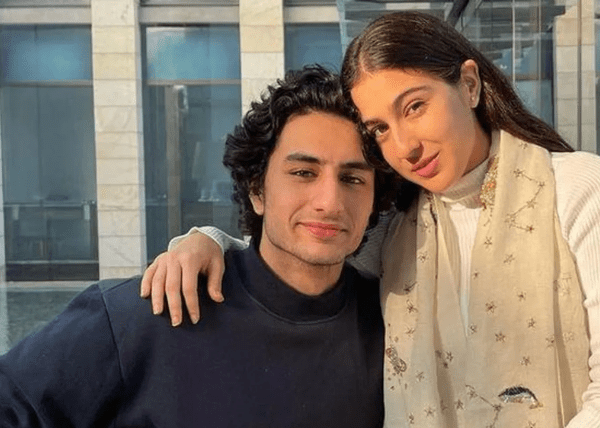 Sara Ali Khan previously told the Bombay Times that the way she looks like her mother, Amrita Singh, and Ibrahim Ali Khan looks like her father, Saif Ali Khan, is “not normal.” “The exact way in which I look like mom and Ibrahim looks like dad is not normal. We are identical! Aisa nahi hai ke humme unki jhalak hai (It’s not as if we have glimpses of them). We literally look like they did back then and that gets people talking I guess,” the Love Aaj Kal actress said.