John Abraham’s Birthday Celebrations With Wifey And His Two Babies- Pics Inside!

On the occasion of John Abraham’s 49th birthday, the actor shares beautiful pictures with his wife Priya and two babies. Bollywood hunk John Abraham celebrates his birthday today (December 17). The ‘Satyameva Jayate 2’ actor unarchived all his Instagram posts on his birthday were a few days back the left his fans surprised when he archived them. He dropped a bunch of pictures with his wife, Priya Runchal, and their adorable pets. 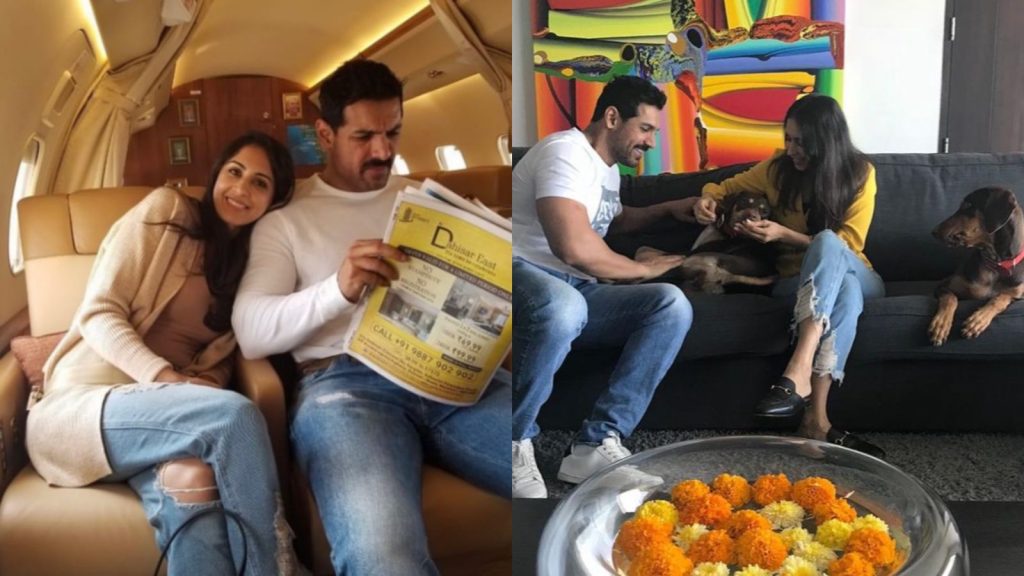 John’s latest post has pictures from his home life. Cute pictures are featuring him and his wife and also, their pets. Sharing the photos, John simply added a black-heart emoji. Apart from this, on his birthday today, ardent fans of the actor gathered outside his office premises to celebrate his special day.

Talking about his married life, The ‘Ek Villain Returns’ actor got married to Priya Runchal on January 3, 2014. The couple met for the first time in Mumbai in December 2010. Before this, he was earlier in a relationship with Bollywood actress Bipasha Basu. The couple broke up in 2011 after dating for almost 9 years. 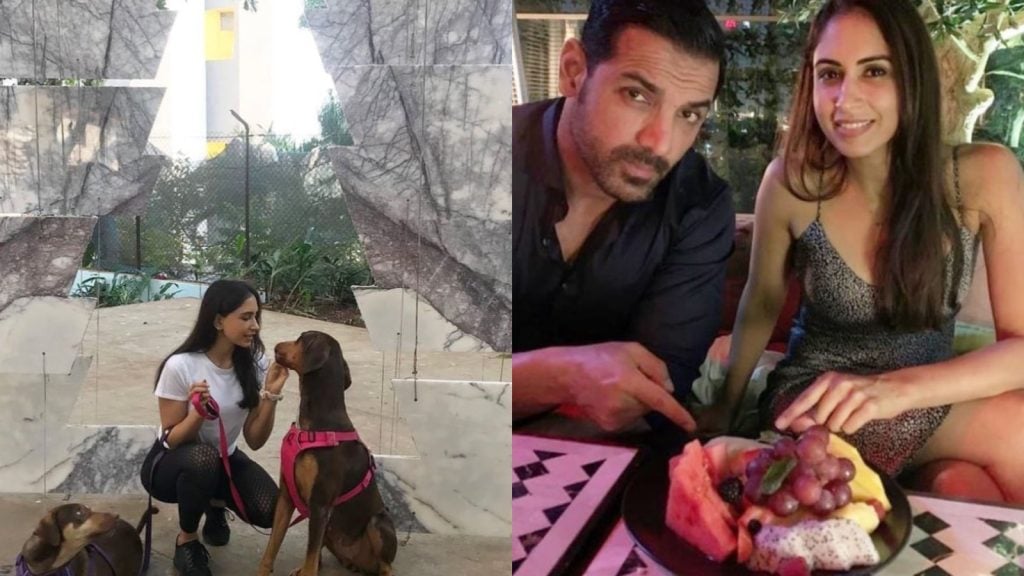 Talking about the work front, John Abraham will be next seen featuring in Shah Rukh Khan’s ‘Pathan’, ‘Ek Villain Returns’ and ‘Attack’.

John Abraham’s Attack will release on January 28, 2022. The action thriller also stars Jacqueline Fernandez and Rakul Preet Singh in pivotal roles. Sharing the film’s teaser with his fans on Instagram and John, “Get ready to witness the making of India’s first super-soldier! Teaser out now. #Attack releasing in cinemas worldwide on Jan 28 (sic).”

Besides Attack, John will be seen in Mohit Suri’s Ek Villain Returns. The thriller also stars Arjun Kapoor, Disha Patani, and Tara Sutaria. It will hit the theaters on July 8, 2022.