Karan Johar Aims To Spread Awareness About Voting In Association With Koo App: Deets Inside!!

Voting Day is celebrated in India on 25 January. On this day, people are made aware about their voting. Now, Karan Johar has decided to make his fans and the people of the country aware of voting. He is associated with a campaign of multilingual micro blogging platform ‘Koo’. 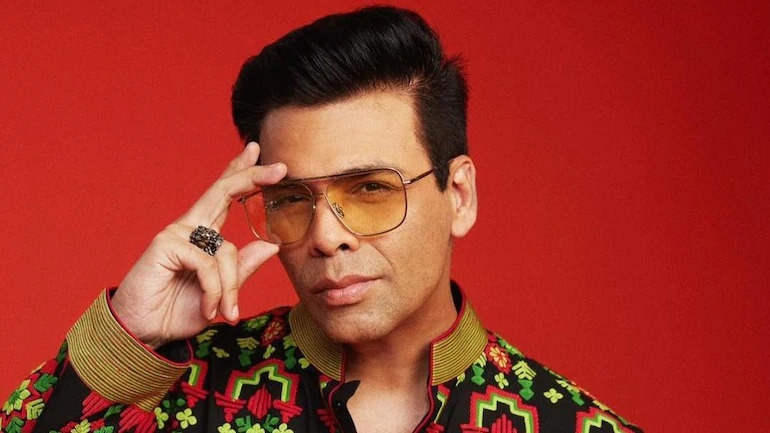 Through this campaign, Karan Johar has decided to make the country aware of the people about voting. In fact, assembly elections are to be held in the five lying states of the country next month. For this reason, an initiative has been started by the Election Commission in association with ‘Koo’ to make people aware of their voting. Karan Johar has also contributed in this initiative. 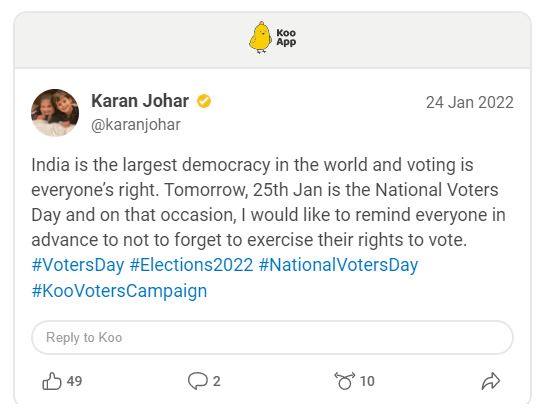 In such a situation, Karan Johar wrote on his official ‘Koo’ account, “India is the world’s largest democracy and voting is the right of every voter. National Voters’ Day is celebrated on 25 January and on this occasion; I want to remind everyone in advance that you must exercise your right to vote. This post of Karan Johar is becoming quite viral on social media. Fans of Karan Johar are commenting on this post of his”.

Let us tell you that elections are to be held in Uttar Pradesh, Punjab, Goa, Manipur and Uttarakhand. The first phase of elections is on February 10 and will continue till March 7 and results will be announced on March 10. Moreover, the Election Commission had announced the assembly elections going to be held in five states of Uttar Pradesh, Uttarakhand, Punjab, Goa and Manipur on January 8. 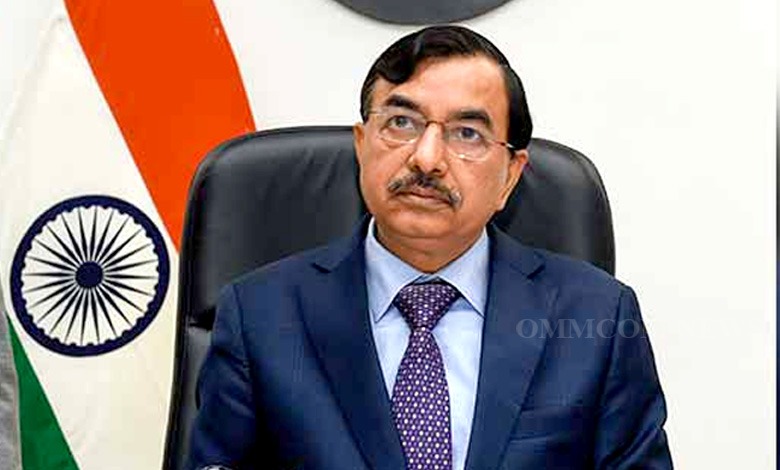