When you breathe and live by it, they say both fashion and music are good for the soul. That, at least, appears to be Bebo’s catchphrase. She and her boys Taimur Ali Khan and Saif Ali Khan are currently in a distant land. They were dressed to the nines in casual attire and were ready to have a good time at the Rolling Stones event. The Laal Singh Chaddha actress accessorized her stylish ensemble with a crossbody Gucci purse while wearing a graphic-printed t-shirt with short sleeves and a crew collar. Her young child wore an identical outfit, and notice how meticulously they paid attention to every last detail. 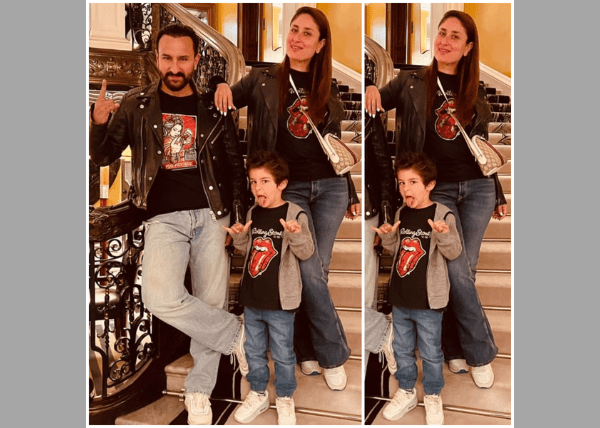 The actor’s bootcut jeans matched her son’s blue joggers perfectly. Saif, like his wife, wore a black graphic-printed t-shirt with a black leather jacket to make sure he didn’t let the theme slip. The natty family completed their outfits with white sneakers, and he also wore light blue pants.

After completing filming for her OTT first film, directed by Sujoy Ghosh, Kareena Kapoor took off for London. The Devotion of Suspect X, a Japanese book, served as the basis for the movie. Jaideep Ahlawat and Vijay Varma are also featured in the movie. Kareena shared photos from the final day of the session and said, “DSX! The best crew, best ride, best times… and I’m pretty sure the best film too”. 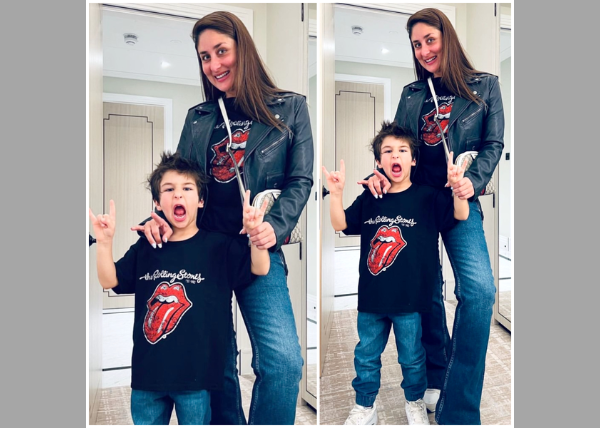 Recently in her Instagram stories, Kareena wished Arjun a happy birthday in a heartfelt message. Kareena mentioned Arjun as one of her favourite persons. In R Balki’s 2016 romantic comedy, Kareena and Arjun portrayed husband and wife. Bebo is good pals with both Ki & Ka and the latter’s girlfriend Malaika. Kareena uploaded a black-and-white photo of Arjun and Malaika with the caption: “Happy birthday to one of my favourite people…I mean Malla but aaj Aapka birthday hai(since today is your birthday)…so I’m saying you…love you Arjj.”

Kareena Kapoor is preparing for the release of Laal Singh Chaddha, which also stars Aamir Khan on the professional front. On August 11, the movie will be released. Saif Ali Khan, on the other hand, is also involved in several movies, including Adipurush, which also stars Prabhas and Kriti Sanon, and Vikram Vedha, which stars Hrithik Roshan.