KL Rahul and Athiya Shetty have been trying their level best to keep their relationship secret. But they get caught most of the time. Not a long back, when KL flew to England to play his match series, rumored girlfriend Athiya got spotted with him. Their fans went gaga over their pictures from the trip. Though Athiya was seen chilling out with the Indian cricket team players and their partners, her dad and actor Suniel Shetty in an interview did not give air to it. Very cunningly, Suniel told the media that Athiya was off to London to meet her brother Ahan Shetty.

Now, seems like the couple is getting close to each other’s family members too. When Athiya’s brother, Ahan’s Bollywood debut film got announced recently, her beau KL couldn’t contain his excitement. He, in no time, gave Ahan a shout-out on his social media for his upcoming flick titled Tadap. Taking to his official Instagram handle, KL Rahul addressed Ahan as his brother. He wrote, “Can’t wait bro @ahan.shetty (sic),” along with the release date announcement of Tadap. 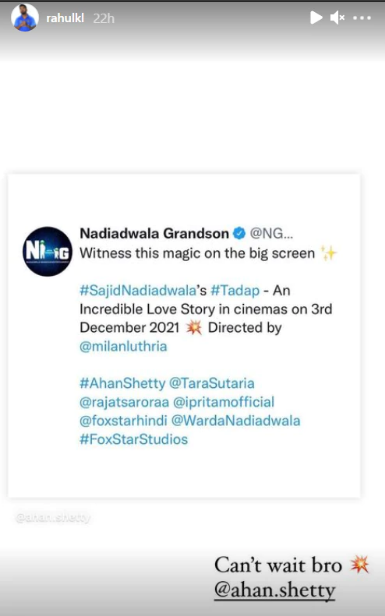 The Indian cricketer shares a great bond with Ahan Shetty. The two were seen vibing with each other while they were in England a few days ago. As Ahan is about to begin his journey in Bollywood, KL Rahul made sure to show his support. Not just KL Rahul, Ahan’s sister Athiya Shetty and father Suniel Shetty also showed their support and blessings for Ahan on social media. While Athiya re-shared Ahan’s post, father Suniel, on his Instagram story wrote, “Super excited for this to release on the big screen!! Thank you #SajidNadiawala @wardakhannadiwala for all the love (sic).” 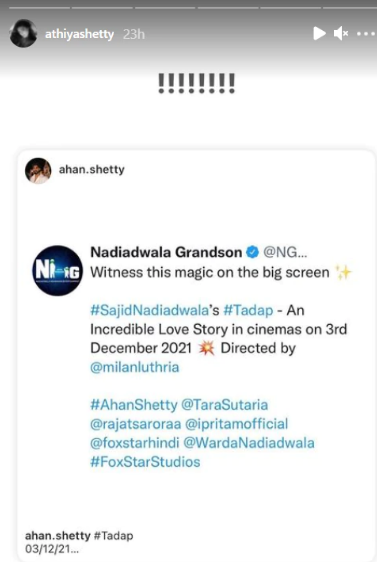 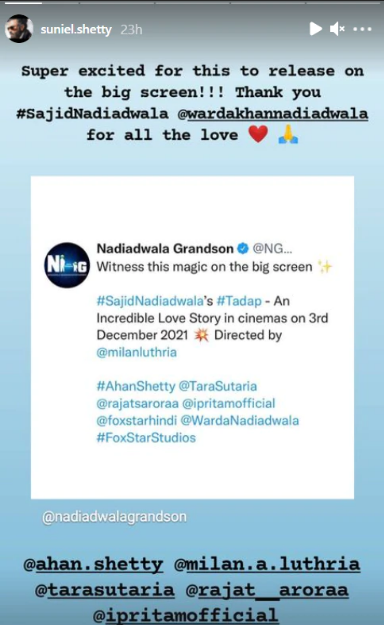 The movie Tadap will mark the Bollywood debut of ace actor Suniel Shetty’s son, Ahan Shetty. The gorgeous actress Tara Sutaria has been paired opposite Ahan in the film. Earlier, Tadap was slated to release on September 24. However, as per the recent announcement by producer Sajid Nadiadwala’s production house, Nadiadwala Grandson, the release date has been pushed to December 3. The film will now be released in theatres. 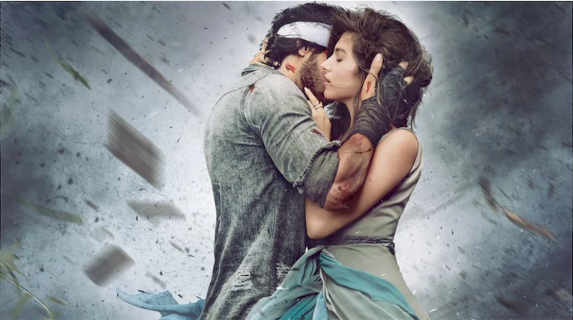 The official Instagram page of the production house wrote, “Witness this magic on the big screen #SajidNadiadwala’s #Tadap – An Incredible Love Story in cinemas on 3rd December 2021. Directed by @milan.a.luthria (sic).” Tadap is the official Hindi remake of the 2018 Telugu film RX 100, which was directed by Ajay Bhupathi. The original film featured Kartikeya Gummakonda and Payal Rajput in lead roles. The remake is helmed by Milan Luthria. The shooting of Tadap began in August 2019 at a theatre named Central Plaza in Mumbai. In the film, Ahan’s character runs a movie theatre.