Chennai Express actor Nikitin Dheer and Kasam Tere Pyaar Ki actress Kratika Sengar have recently become parents. Both of them are popular TV couples. Their fans give a lot of love to the pair of both. Recently, Kratika Sengar gave birth to a baby girl on 12 May 2022 and now Nikitin Dheer himself has announced the name of his daughter by sharing the joy of the arrival of the daughter with the fans on social media. Nikitin Dheer put a very cute post on his Instagram, in which he named his daughter. 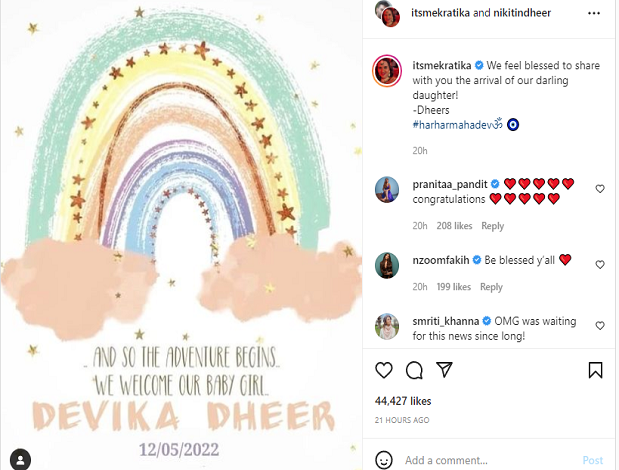 Nikitin Dheer posted a colorful rainbow on his Instagram account, in which many different colors including green, yellow, pink are seen. There are stars on the rainbow and it is held by the clouds. In this post, Thangbali Nikitin Dheer also mentioned the date of birth of his new born baby and her name. Nikitan Dheer and Kratika Sagar have named their little angel ‘Devika Dheer’, with this post they wrote, Now the adventure begins. 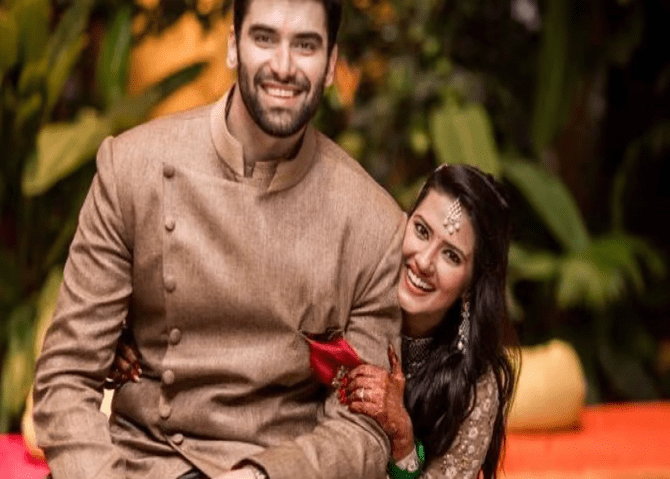 Sharing this post, Kratika Sengar wrote in the caption, ‘We are feeling very blessed to share the arrival of our daughter with all of you. Har Har Mahadev.’ Fans are lavishing love on Kratika Sengar’s post and her little angel. Some people are telling her little queen of Jhansi. A user commented, ‘Many congratulations to both of you and welcome little queen of Jhansi in this world’. So the other user wrote, ‘Devika Dheer is the future star’. Another user wrote, ‘You both will make the best parents. Let us tell you that Kratika Sengar worked in the show Jhansi Ki Rani, this show made her the favorite of the audience. 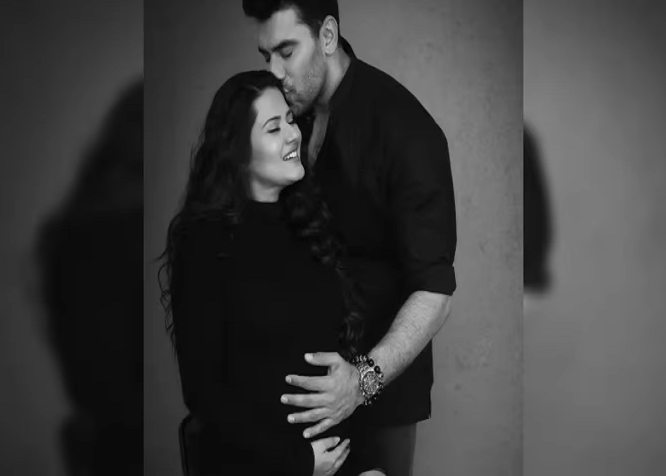