Shah Rukh Khan’s son Aryan Khan is lodged in Arthur Road Jail for the last 15 days in the Mumbai cruise drugs case. Despite several attempts, the court has refused to grant bail to Aryan. Now in this case the Narcotics Control Bureau (NCB) has intensified its investigation and actor Chunky Pandey’s daughter Ananya Pandey has come under suspicion. The NCB team reached Ananya Pandey’s house on Thursday and summoned her for questioning. 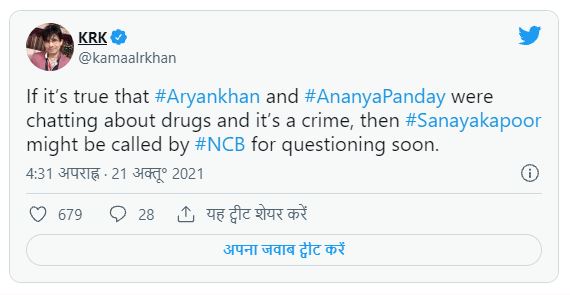 On Friday, Ananya has to appear once again in front of NCB. Meanwhile, Kamal Rashid Khan (KRK) has made some big revelations. KRK said that ‘Ananya Panday will be the biggest idiot in this world if she has not erased all the evidence in 20 days. KRK says that ‘All this investigation is being done only to harass Shah Rukh Khan because he does not listen to the government. As we all know that central agencies like NCB come under the Government of India. Arbaaz is also a friend of Ananya and Alaya F’. KRK made another tweet and told which star kid is going to be the next target of NCB. KRK said that, ‘It looks like NCB will call Shanaya Kapoor very soon’. He further wrote in the tweet, ‘If it is true that Aryan and Ananya were talking about drugs in WhatsApp chat and if it is a crime to do so then NCB can also call Shanaya Kapoor for questioning soon’. 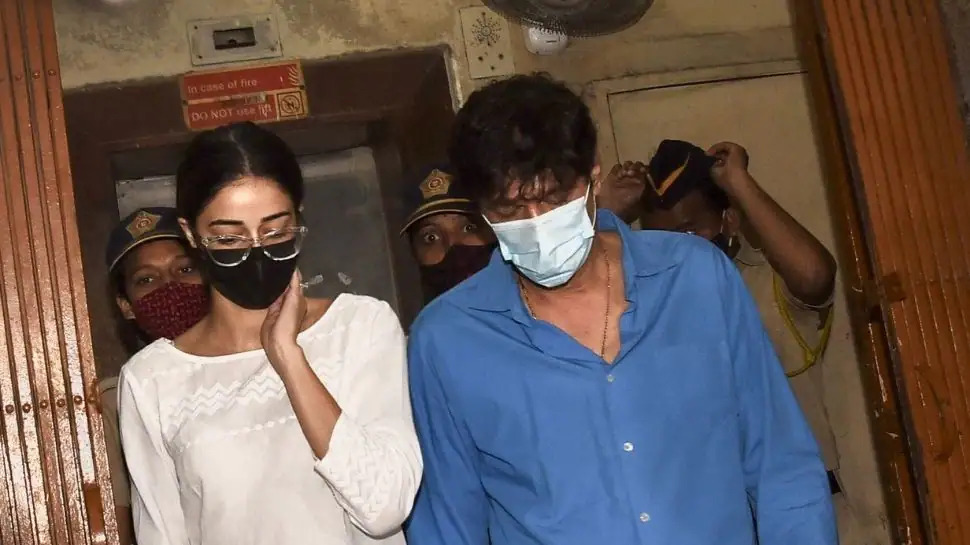 Actually, according to media reports, NCB has received some WhatsApp chats from Aryan Khan’s mobile. On the basis of which he has called Ananya Pandey for questioning. At present, the fort court of Mumbai has extended Aryan’s custody till October 30. This Friday is crucial when Ananya will appear before NCB for the second time and answer their questions. Talking about Ananya Pandey’s films, she made her debut with Karan Johar’s film Student of the Year. After that, she has appeared in Pati Patni Aur Woh, Khaali Peeli.