In the picture, Maheep was dressed as a lehenga bride. She wore heavy jewelry. On the other hand, Sanjay wore a white kurta pajama. He had a garland around his neck. Maheep wore a garland around her neck too. Both were smiling in the picture. She shared a picture of her in a lehenga. She shared a picture of her husband. He held her henna-adorned hand. 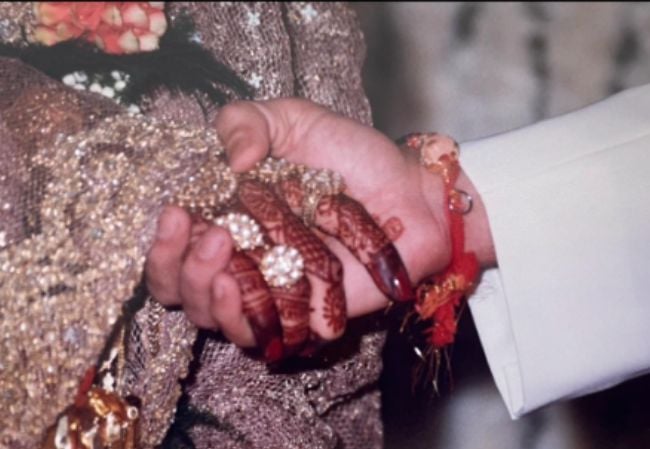 Maheep captioned it, “24 years ago (red heart emoji).” She used ‘Had stars in my eyes’ with star-struck emoji as a hashtag. Celebrities wished them too. 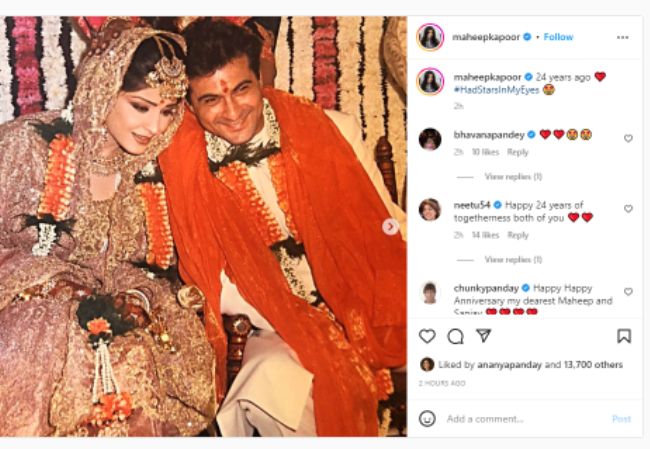 Fans showered love on them. They commented, “The eternal lovers, “Oh my god, how gorgeous you were looking… but must say, you are maintaining the same charm, “So beautiful and gorgeous couple! Blessings from Mexico” etc.

On the other hand, Sanjay Kapoor is the younger brother of film producer Boney Kapoor and actor Anil Kapoor. He married Maheep in 1997. The duo has two children. One is Shanaya Kapoor and the other is Jahaan Kapoor. Their nieces and nephews include actors Sonam Kapoor, Janhvi Kapoor, and Arjun Kapoor.