“Neither This Is PR Nor…”, Kriti Sanon Opens Up On Her Relationship With Co-Actor Prabhas!!

For some time, headlines are being made on social media about the love story of Kriti Sanon and South superstar Prabhas. In such a situation, after what Varun Dhawan said in a dance show recently, people started discussing openly that Kriti and Prabhas are dating each other. But now finally Kriti has tried to put an end to this issue by issuing a clarification on her behalf. Kriti wrote a story on her Instagram about this matter, “Neither it is love nor it is PR”. Our Bhediya has become too wild in a reality show. It was just a joke and it gave rise to many rumors. I should burst this bubble before some portal declares my wedding date. All these rumors are baseless”. 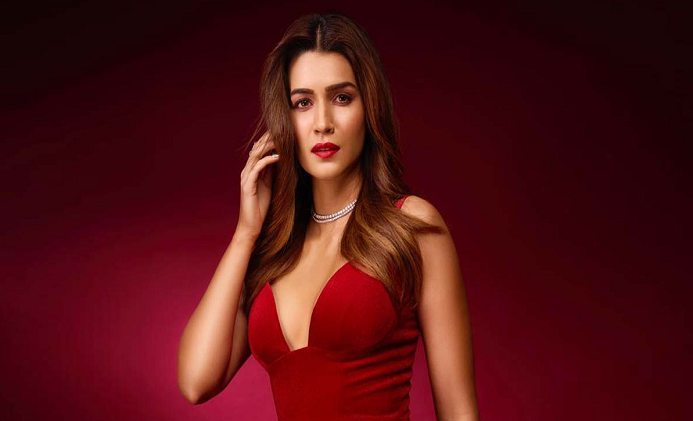 It is noteworthy that Kriti and Prabhas are playing the roles of Goddess Sita and Lord Ram in the film Adipurush. Ever since the teaser of the film was released, there were discussions about their closeness. But the talk was still limited to gossip, but when Kriti and the film’s hero Varun Dhawan reached a dance reality show for the promotion of the film Bhediya, which was released last Friday, the news became all around because of what Varun said. A video of the show went viral on social media. In this, Karan Johar is asking Varun, “Why Kriti’s name was not in the list of the film Main Tera Hero, then Varun replied, ‘Kriti’s name was not there because Kriti’s name is in someone’s heart. There is a man who is not in Mumbai, he is currently shooting with Deepika Padukone”.

Prabhas has been shooting for the film project with Deepika Padukone for some time now. As soon as Varun’s video came, people started speculating on their own and started making things. Kriti and Prabhas will be seen together in Adipurush, releasing on June 16 next year. The film is directed by Om Raut. Currently, the post production of the film is going on. The film is based on Ramayana.