Nikki Tamboli Disappoints With Her Performance, Fans Call Her The Worst Contestant In The History of Khatron Ke Khiladi

Nikki Tamboli garnered a huge fan following post her stint on the famous reality show, Bigg Boss. She was one of the strongest contenders on the show. A look at her Bigg Boss journey is enough to get an insight into how fierce this lady is. But seems like her personality is translating into something else on the stunt-based reality show, Khatron Ke Khiladi 11 of which Nikki is part.

Nikki was the first eliminated contestant of the show. She aborted three stunts which led to her eviction. However, the young lady made a comeback as a wild card and promised to overcome her fears. Going by the latest task in the discussion where Tamboli refused to perform a partner stunt with Abhinav Shukla, she is seen being consistent with her poor performance. Her fans are quite disappointed with her attitude towards the show.

Khatron Ke Khiladi 11 has been entertaining the audience on the weekends consistently. Viewers are happy with their favorite stars completing the stunts fearlessly. Almost all the participants on the show are quite impressive in terms of task performance, except for a few. Actress Nikki Tamboli is one of those few contestants who is upsetting her fans continuously. Viewers, as well as fans of the show, have been noticing that Nikki is scared of almost everything on the show and has a carefree attitude when it comes to performing stunts. They are now questioning the makers on why she has been signed for the show. Sourabh Raaj Jain and Aastha Gill got recently eliminated from the show. Fans are of the view that these two were more deserving and stronger than Nikki who most of the time is seen aborting the stunts. The policy of the show is also being questioned for its loopholes.
On the occasion of Independence Day, unhappy fans stated that makers should give them the freedom from watching Nikki on screen. A quick look at some of the tweets which exhibited fans angst against Nikki: 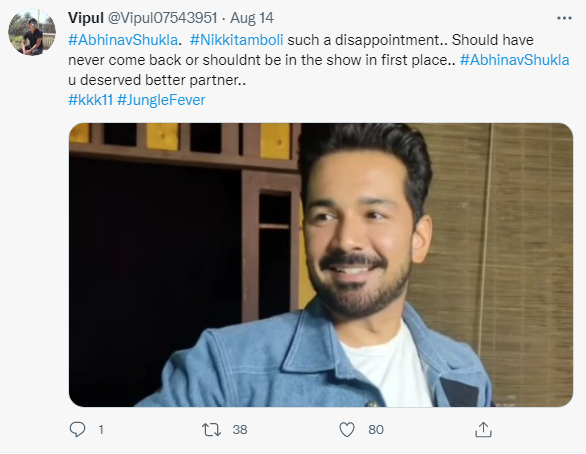 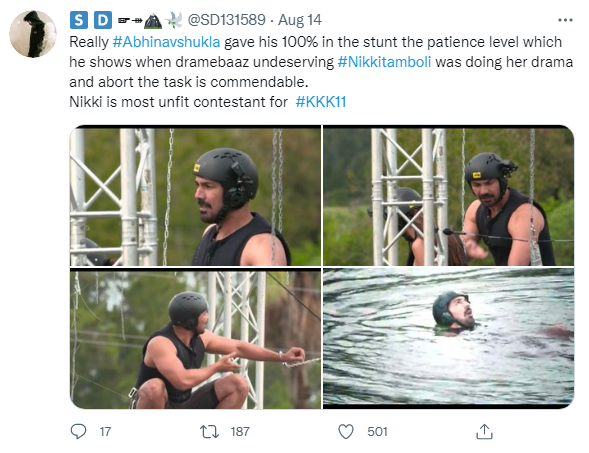 Netizens questioned if makers should deduct the salary for non-performing and non-professional participants. The tweet read, “#NikkiTamboli again a huge disappointment, has she joined the show for comedy? Is salary deducted from this non-performing and non-professional attitude #KhatronKeKhiladi11 #RohitShetty? Please let the audience know @ColorsTV.”
Another tweet read, Rohit Shetty to #NikkiTamboli
1. You are privileged
2. Saurabh was far better than u
3. You are disrespectful to your profession
4. You wasted efforts taken by our creative team.
I haven’t heard Rohit sir speaking so harshly in any prior season! 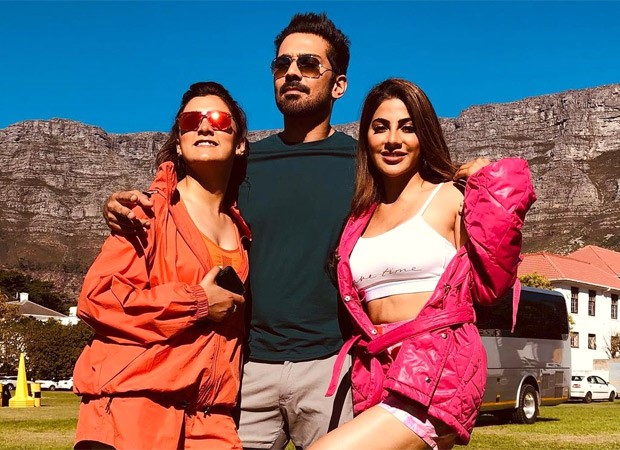 #NikkiTamboli is the worst contestant in the history of Khataro ke Khiladi. And feeling so bad for #AbhniavShukla @abhinav09 khud to dubi hii dubi Abhinav ki bhi le dubi. If she doesn’t want to do any stunts why she comes to the show? This is absolutely disrespectful to the show.
In last week’s episode, Nikki got into a verbal spat with Shweta Tiwari also. Shweta was irked with Nikki being on the show, despite not completing the task and not delivering her best on the show despite being given a second chance.