Actor Trisha Krishnan shared a picture with her Ponniyan Selvan: I co-star, actress Aishwarya Rai. Trisha posted pictures that were clicked on the sets of the film on Twitter. In the picture, Aishwarya has put her arm around Trisha while taking a selfie. Both Trisha Krishnan and Aishwarya were dressed for their roles in the film. They were looking gorgeous. 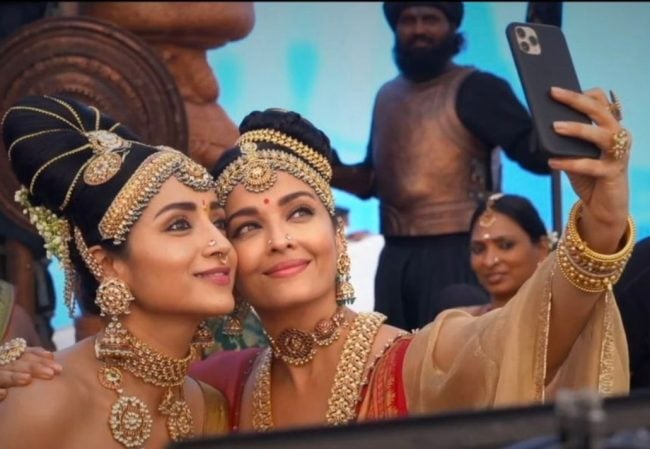 They smiled and leaned toward each other to take a selfie. Trisha captioned it,  “Ash (hug emoji).” Although these two actors get along very well in real life, their characters conflict in the film. Aishwarya plays the antagonist Nandini and Trisha plays Chola princess Kundavai. 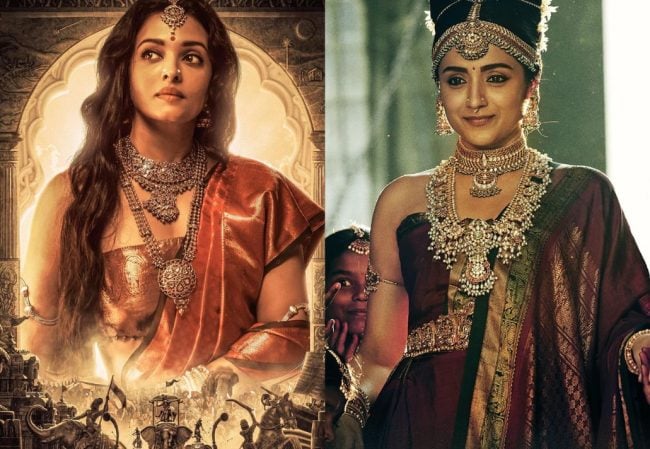 Fans are impressed after getting the picture. They commented, “Excited to see this in PS-1,” “Two beauties in one frame,” “Have been a fan of Trisha (elegance) from Mounam Pesiyadhe days. Have been a fan of Ash (grace) from my Iruvar days. One grace personified and another elegance personified. Happy with this picture,” “The world is not ready to witness these two together on screen, too much of beauty in one pic,” “Ageless and classy beauties,” “EPIC” etc.

Trisha spoke about working with Aishwarya recently. She said, “I fortunately got to meet her and interact with her on day one of my shoots. She is beautiful inside and out, I don’t even need to say that. The thing is, this was challenging because we are not supposed to like each other too much in this film, but we got along pretty famously on set. There were times when Mani sir would come and say, ‘listen, you guys are taking too much, stop talking, I can’t have this camaraderie for my scene.”