Radhika Apte Suddenly Came Under The Target Of Trollers, Know Why People Are Furious?

Every day some hashtag keeps trending on the social media platform, Twitter. The trend of #BoycottRadhikaApte is going on top on Twitter since Friday morning. Suddenly Radhika Apte has come under the target of users. The reason for Radhika being trolled is not her statement or upcoming project, but she is suddenly being trolled for bold shoots and films. However, today people are furious at the actress for playing bold characters in films. 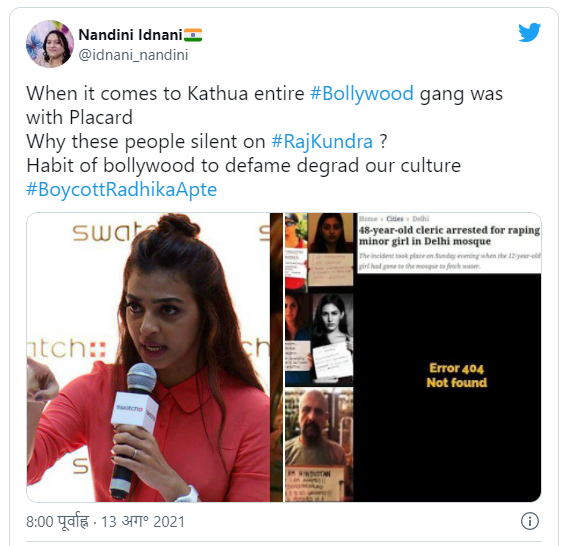 Users are trolling Radhika on social media for promoting obscene content. At the same time, some users are also accusing him of spoiling Indian culture. One user has taken the entire Bollywood on his target and is demanding to boycott the Hindi film industry. 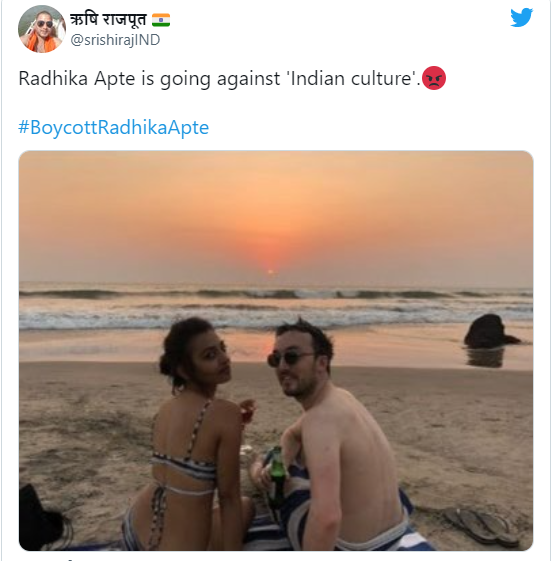 At the same time, some users are also adding Radhika Apte bold photos and Raj Kundra together. In the case of pornography that has come to the fore in India, people are telling the hand of the Bollywood industry. Some users have tweeted and wrote that as fast as the industry is moving towards obscenity, it is because of this that pornography is being shot in the country today. 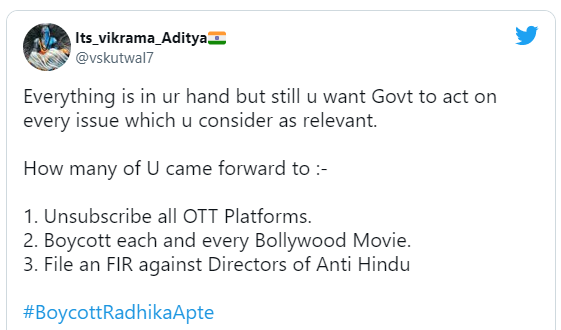 Let us tell you that Radhika Apte has made a special place in the film industry with her strong and bold acting. She has appeared in films like Andhadhun, Parched, Rakt Charitra, Padman, Manjhi: The Mountain Man, Sacred Games, Lust Stories, Raat Akeli Hai.