Shah Rukh Khan on Wednesday lit up the world’s tallest building, the Burj Khalifa in Dubai, as part of a brand campaign for a healthcare provider. The actor appeared in the 800-meter-tall skyscraper. He narrated the story of a UAE-based conglomerate. It is owned by an NRI businessman. Fans have responded to the star’s presence on what is considered an iconic screen by showering her with praise. 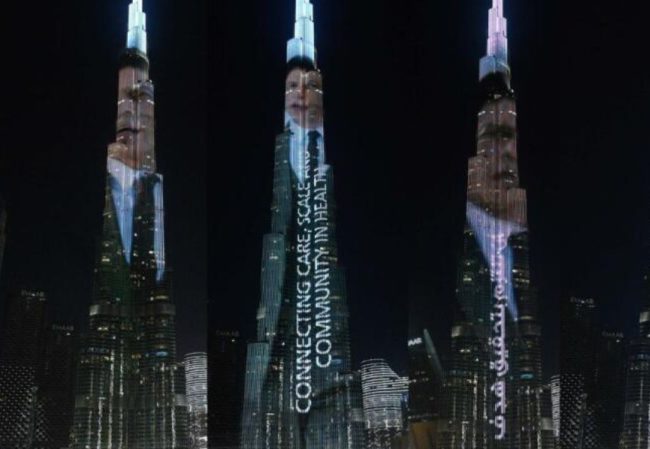 The campaign launch event highlighted Shah Rukh’s strong connection with the UAE. The video begins with the actor’s tribute to the UAE martyrs followed by the theme music of the 2007 hit Om Shanti Om. The 1:10-minute video showcases the Sheikh Zayed Grand Mosque. It also showcases the group’s flagship facility, Burjeel Medical City.

King @iamsrk on the world's tallest building Burj Khalifa, as brand ambassador for the Burjeel group.

As pictures and videos of Shah Rukh lighting up the Burj Khalifa came online, fan clubs started circulating them and praising the actor. One fan club tweeted, “The musical fountain at #BurjKhalifa played the music from #ShahRukhKhan’s Om Shanti Om first, and later the Burjeel Holdings’ campaign featuring King Khan was displayed on Burj Khalifa! Truly the world’s biggest superstar.” Another tweeted, “King @iamsrk on the world’s tallest building Burj Khalifa.” Fans cannot keep calm after seeing this. They are commenting lovely words. 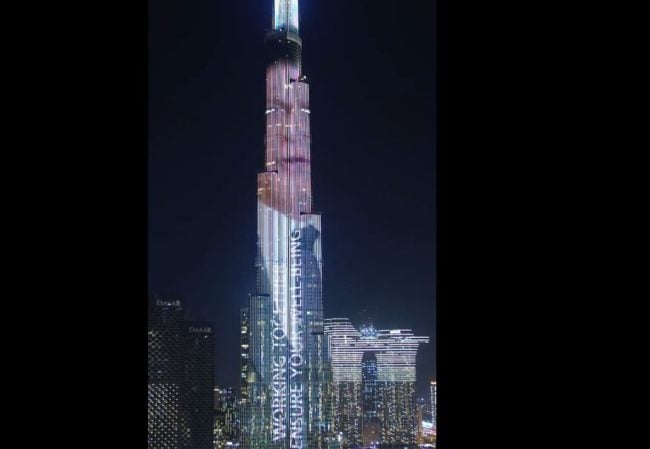 Shamsheer Vayalil, Chairman of Burjeel Holdings said, “We are proud to launch the campaign with superstar Shah Rukh Khan that epitomises the values we cherish. It symbolises Burjeel Holdings’ ambition to become a global leader in healthcare based out of a country that has inspired the world with its fascinating growth story.”