Actor Shanaya Kapoor took to her Instagram handle and shared pictures from her latest indoor photoshoot series on Wednesday. She wore a blue cutout bodycon dress with a short half-bun hairstyle. Apart from fans, Shanaya’s mother, Maheep Kapoor reacted to her photos. HerBFF Suhana Khan also reacted to her pictures. She was on a break with her close friends in Ibiza recently. 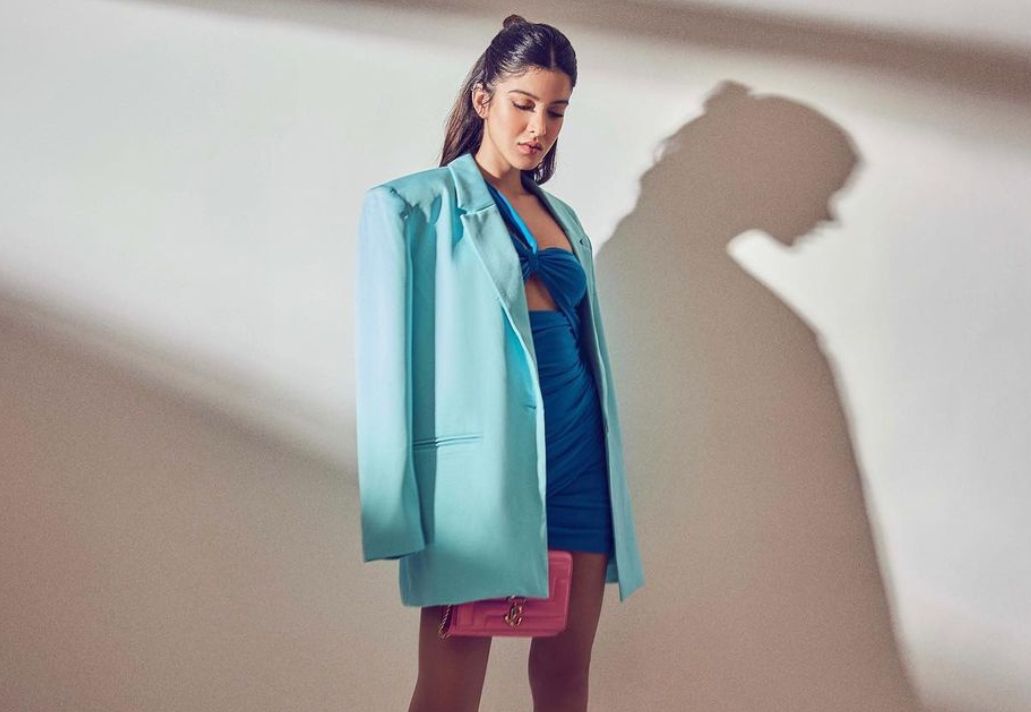 Shanaya captioned it, “There is a shade of blue for every girl.” She added the hashtag “#JimmyChooAvenue.” In the picture, she is seen in various poses in a blue dress with a blazer against a white background. Maheep Kapoor dropped blue heart emojis. Suhana Khan wrote, “Stunning.”Varun Dhawan’s niece wrote, “Means why do you ask if you’re going to post all.” Shanaya replied, “I want attention.” 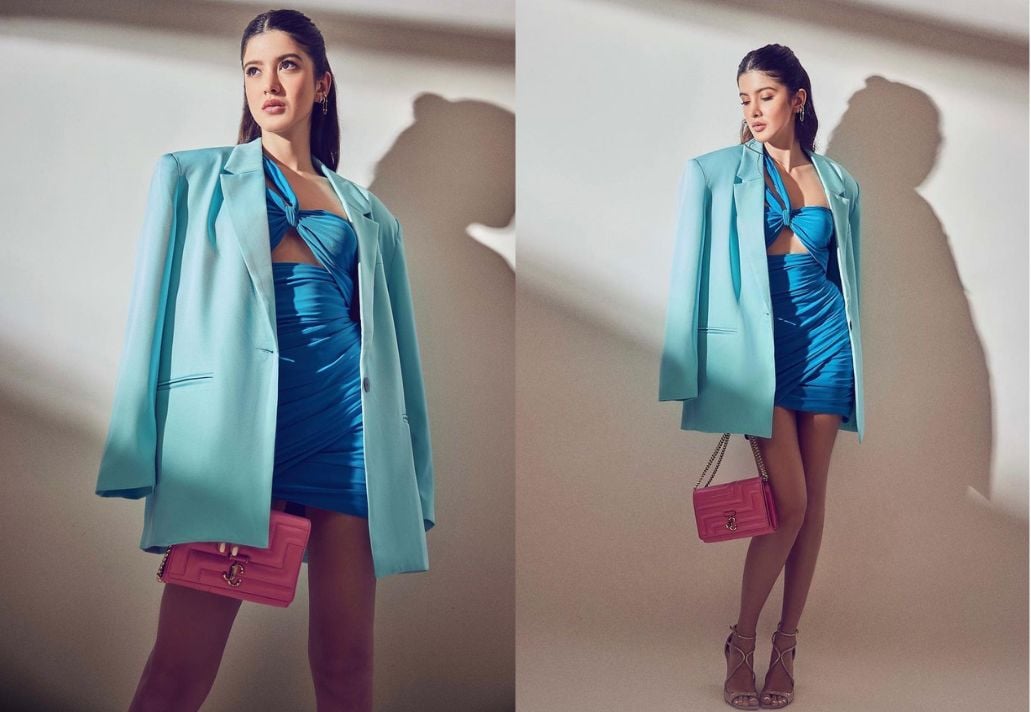 Shanaya is ready to make her acting debut with Bedhadak. She will start shooting next year. She will be seen with Lakshya and Gurfateh Pirzada in the movie. In March, she unveiled her first look at the film. She captioned it, “I am extremely grateful and humbled to join the Dharma Family with #Bedhadak – directed by the brilliant Shashank Khaitan. I can’t wait to kickstart this journey, I need all your blessings and love.”

Bollywood star Shanaya Kapoor is the daughter of Maheep Kapoor and Sanjay Kapoor. As an assistant director with the film Gunjan Saxena: The Kargil Girl, she started her Bollywood career. The film was released in 2020.