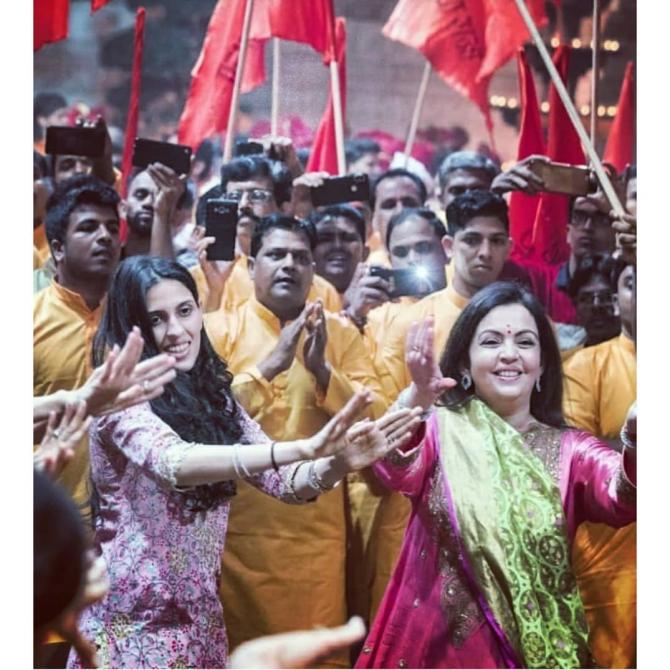 Yesterday, we brought for you some really opulent picture from the Ganesh Chaturthi celebrations at Antilla. And now, we have a few snaps from the first Ganesh Aarti that Shloka Mehta and Akash Ambani did together. 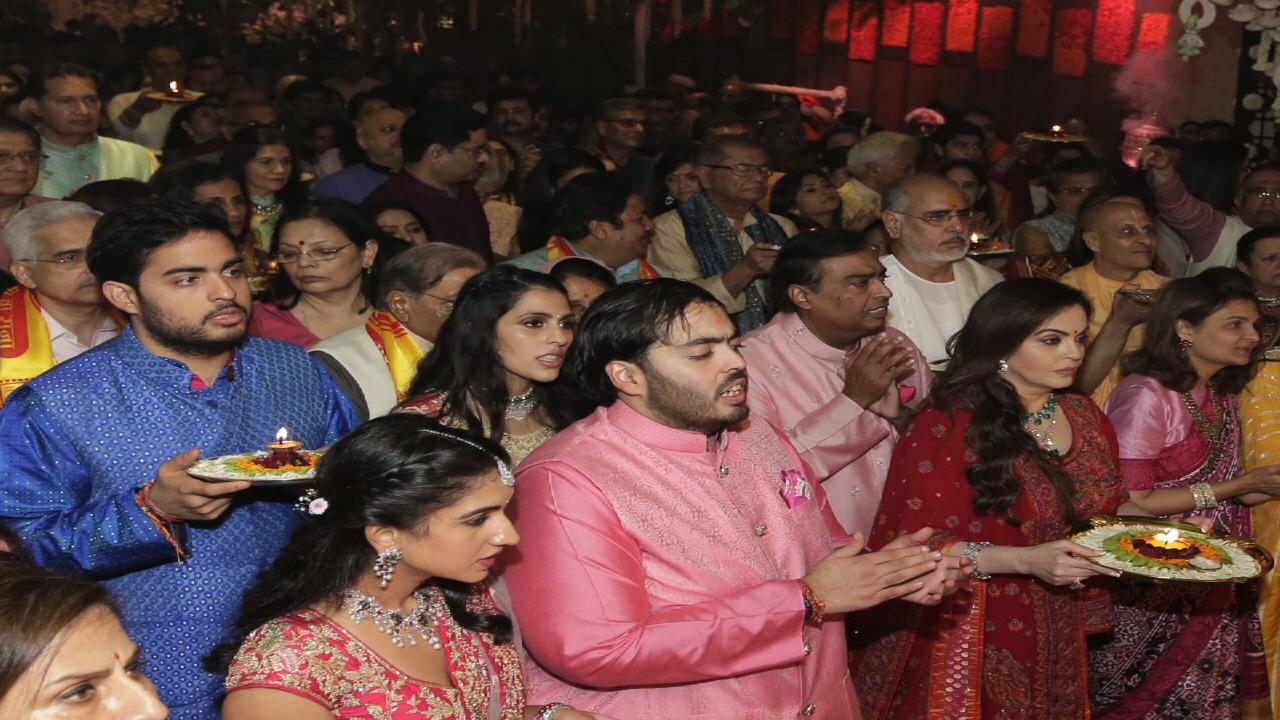 Shloka Mehta and Akash Ambani’s pictures, while they perform Ganesh aarti with the entire family, are a true sight to behold. In these exclusive pictures, we got a glimpse of Shloka Mehta, Radhika Merchant, Anant Ambani, Mukesh Ambani and Nita Ambani while performing the Ganesh aarti. Take a look at their pictures below: 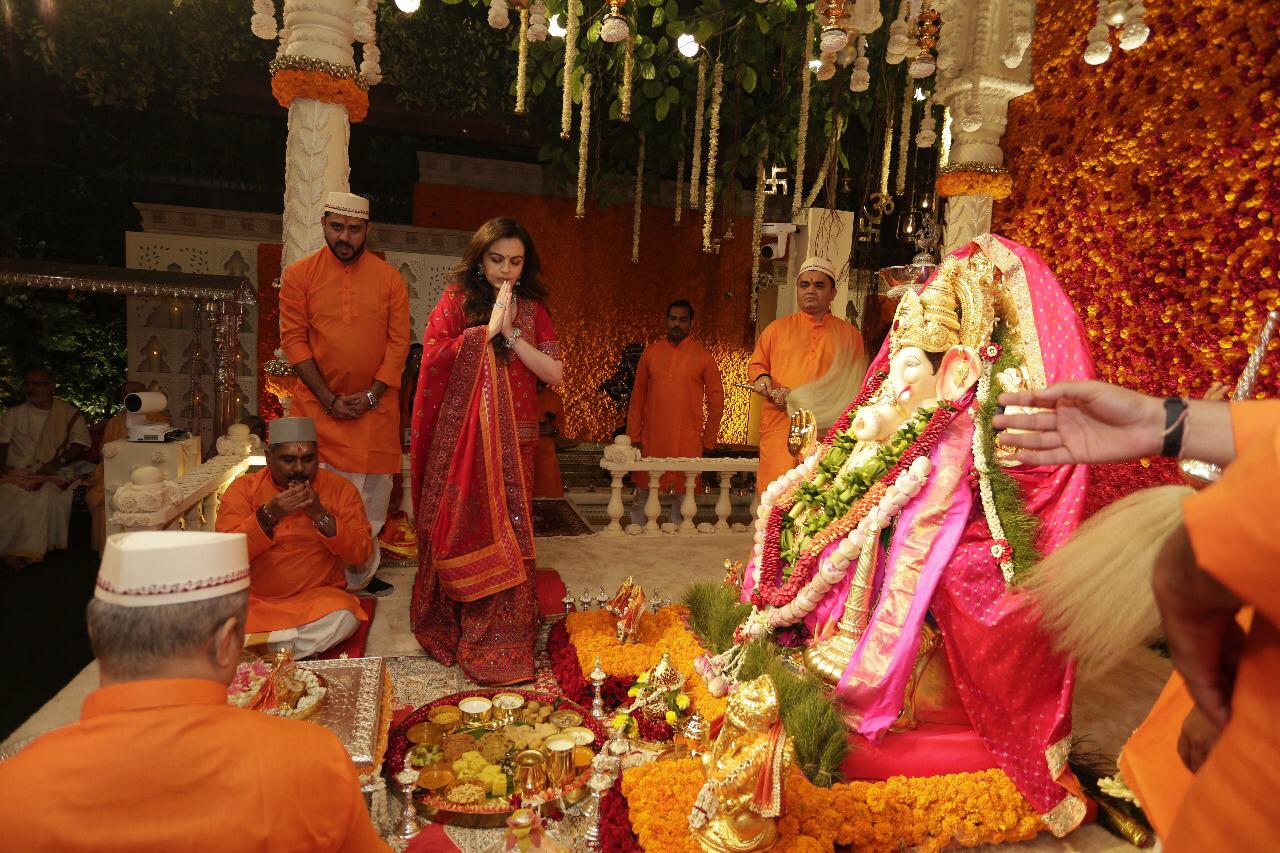 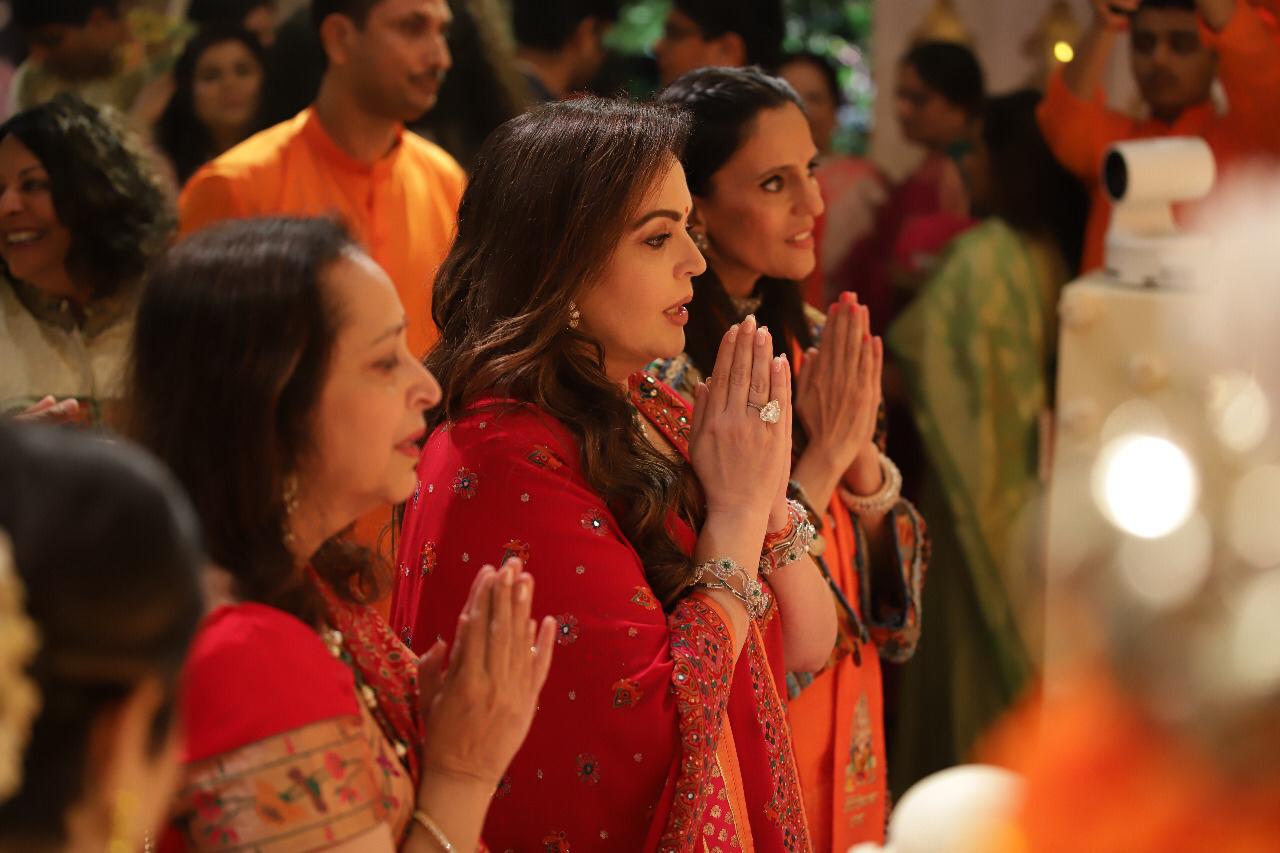 Not just, Akash and Shloka, the younger Ambani son Anant Ambani along with his alleged girlfriend Radhika Merchant were also seen at the celebration. Radhika has already become a part of every Ambani celebration. She is being treated like ye chhoti bahu of the Ambani family already and we also love to see the girl all decked up for various grandiose celebrations.