Shraddha Kapoor Talks About Gender Reversal In Thumkeshwari: ‘Wondered If Audiences Will Notice’

Bollywood actress Shraddha Kapoor might keep herself away from parties and social gatherings, but she surely knows how to keep her fans engaged. Her social media handle speaks volumes of her fame. With a humongous following of 75 million on Instagram, Kapoor is one of the most loved and celebrated actresses of her age. Recently, she broke the internet with a cameo in recently released film Bhediya’s song ‘Thumkeshwari’ alongside Varun Dhawan.

Shraddha’s appearance in the party song comes with a twist that many might have missed. But now the actress has made sure to make everyone realize the significance of it. 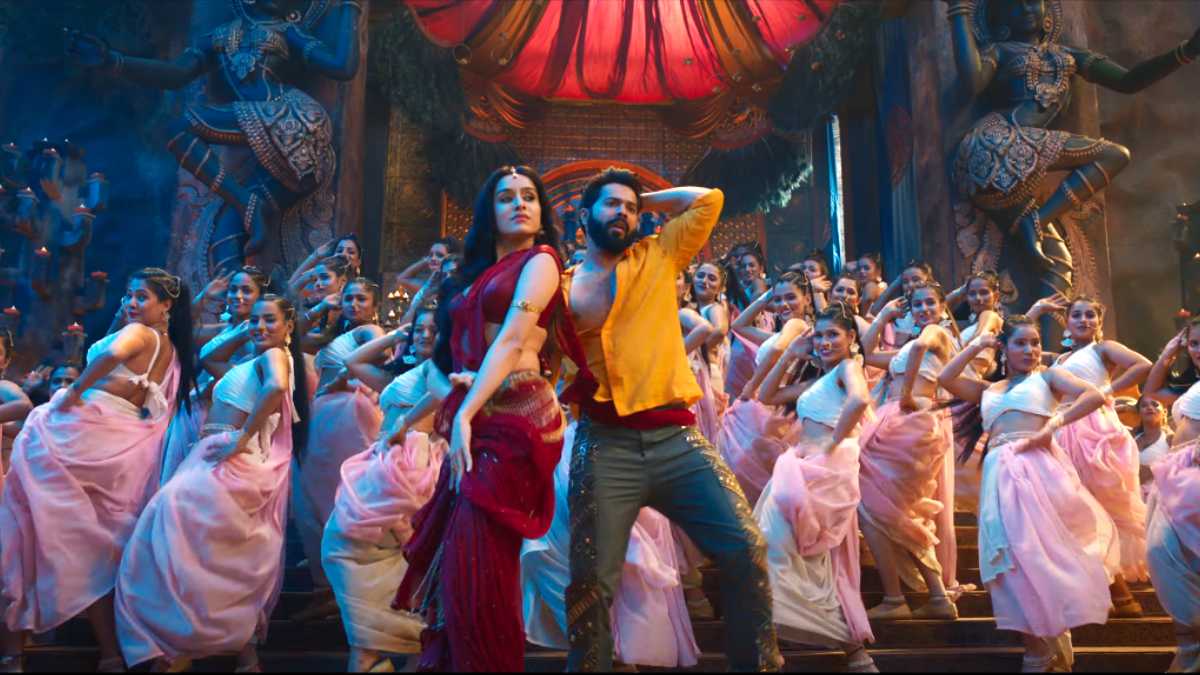 Taking to her IG stories, the Aashiqui 2 actress expressed her happiness over a page that noticed the ‘gender reversal’ in the hook step of the song ‘Thumkeshwari’ with her entry into it.

A social media page named ‘Humans of Cinema’ shared an insight about how Shraddha grooves as the male counterpart in the song and how this particular moment confirms the Stree-Bhediya universe. It makes a deep observation by stating that when appears in the last part of the song, she approaches Varun flirtatiously like he was approaching the other female (Kriti Sanon) in the starting part of the song.

Re-sharing the same on her story, Shraddha penned, “The gender reversal in the hook step is a brilliant observation 👏🏻 Had wondered whether audiences will notice that layer. The magic of @amarkaushik !!!” 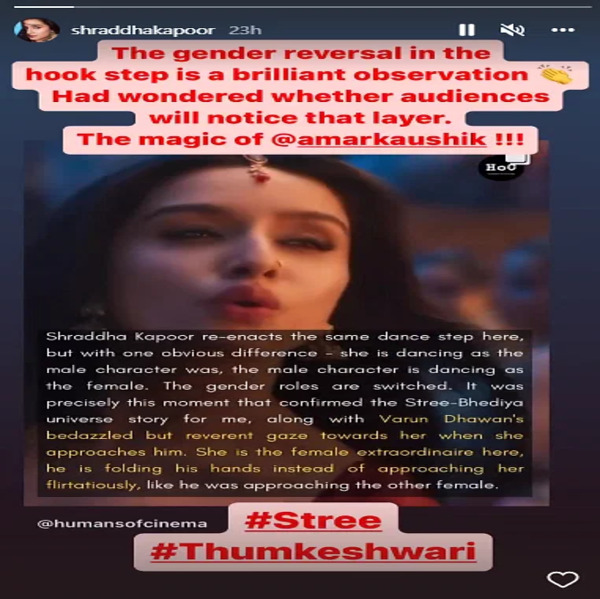 Workwise, Shraddha Kapoor was last seen in Baaghi 3 alongside Tiger Shroff. The film tanked at the box office. Currently, Shraddha has two big projects in her kitty – Stree 2 alongside Rajkumar Rao and Luv Ranjan’s untitled next along with Ranbir Kapoor.