Shanaya Kapoor’s bold denim look serves as your style guide for rocking an oversized silhouette like a master.

Shanaya Kapoor, Maheep and Sanjay Kapoor’s daughter, posted hot photos of herself on Instagram and set the internet on fire with her bold appearance.

Shanaya, who will make her Bollywood debut shortly, wore a denim-on-denim outfit for a photoshoot. Netizens flocked to her photos, including her best friend Ananya Panday and cousin sister Khushi Kapoor. They both praised Shanaya’s daring avatar in the comments section. 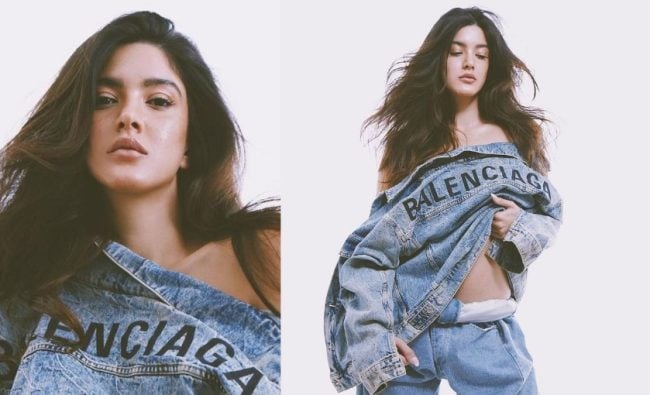 The Balenciaga Embroidered Back Logo Jeans Jacket was worn with baggy denim in a similar shade tucked into the waist for an extremely raw low waist that showed off her toned stomach.

Shanaya, the fashion darling, omitted a top or a shirt, making the denim-on-denim style a sartorial sensation. The powerful and gender-fluid fit of the strong glam denim aesthetic is encapsulated in an oversized silhouette. The extra-large washed denim jacket has a spread collar, long sleeves, and traditional button cuffs. 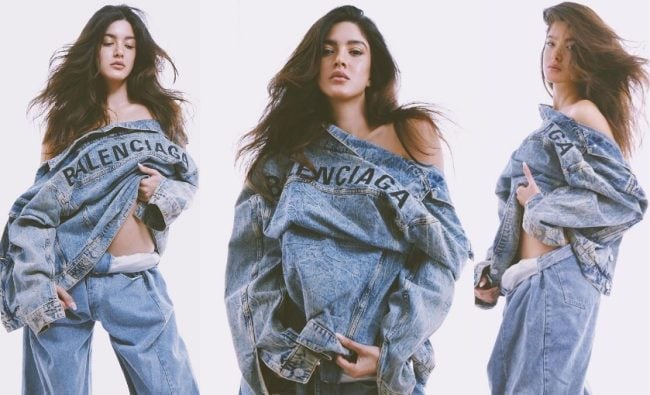 Shanaya paired the draped oversized denim jacket with coordinating light blue denim jeans for her styling. She folded the pants at the waist to produce a paper bag waist impression and a relaxed look for her outfit.

The look’s style was a sartorial affair that emanates fierceness. Take notes from Shanaya denim-on-denim fashion, which has taken a seductive turn. Shanaya went barefoot to amp up the raw mood, proving that when done correctly, an enormous statement-making denim ensemble can be a smouldering hit. 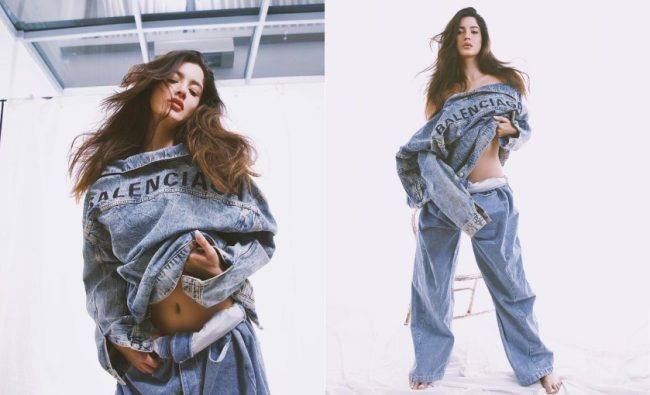 the actress’s enormous hair, creating a sloppy yet elegant layered haircut to complement the look. Shanaya for the makeup, which featured sparkly mascara-adorned eyes, clean glossy lips, and a lavishly highlighted face. Take the bold approach and join the oversized denim trend.

Finally, for the glam options included open tresses, mascara on the lashes, a glossy nude lip tint, flushed cheeks, a shining highlighter, and darkened brows. Shanaya’s makeup was completed with side-parted and lightly-tousled open tresses and no accessories.