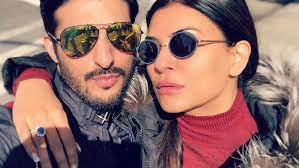 Actress and former Miss Universe Sushmita Sen recently had an Instagram Live chat with her fans. The appearance of Rohman and her daughters became the high point of the live video. Rohman shyly sneaked through her live session giving the followers some adorable moments.

Sushmita Sen and her boyfriend Rohman Shawl often share glimpses of their life together on social media. Their romantic banter is too cute to miss.

During the session, Sushmita’s fans were appreciating them wholeheartedly and the actress was extremely happy after seeing the response until one of her fans confessed her feelings for Rohman. From lifting each other up to showering one another with words of praise and compliments to ensuring to pull each other’s legs, the duo’s adorable chemistry is too beautiful for words.

Sushmita’s followers showered her with praise during the session, and the actress was overjoyed when she saw the response until one of her fans admitted her emotions for Rohman.

Sushmita Sen has two daughters, Renee and Alisah. The actress made her relationship with Rohman Shawl official in 2018 through an Instagram post. On the Workfront, Sushmita made her professional return with Aarya in 2020 and is currently working on the sequel. 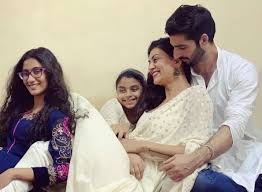 Sushmita’s elder daughter Renee made her debut in the short film Suttabaazi, released on Disney+ Hotstar earlier this year. This short film marked her debut in acting and the star kid has already gathered a lot of accolades for her performance. No wonder, people are looking forward to Renee’s appearance on the big screen.