Being launched in the industry by the biggest filmmaker is like a dream come true. After launching the three most talented actors, Varun Dhawan, Alia Bhatt, and Siddharth Malhotra with Student Of The Year, the magnanimous filmmaker, Karan Johar is launched two new beauties in the industry. And we all know who those two are. They are Ananya Pandey and Tara Sutaria.

Trolling seems to have become a part and parcel of being a celebrity today. Social media has given the netizens a platform to unabashedly share their views and some are creepy as hell. Many Bollywood stars have become the target of internet trolling at the hands of these trolls and Tara Sutaria has become their latest victim for her outfit that she was wearing for her film promotion. She has made her fans upset with her fashion choices. She has a great fashion sense and we have seen her making statement looks and impressing her fans but this time, her outfit was totally a little showy and people didn’t leave but started to troll the actress for cleavage showing saari. For the promotion of her laterst film, Marjaavan,  she wore a peach coloured saari with white blouse. She kept her hair loose and make-up was minimal. Have a look:

Just after her picture, netizens started to slam the actress with brutal words. It time for them to grow up. While one said, “What is the use of saree? I think “cleavage nahi to film nahi” , the other  one wrote, “She always wants to show her body and it’s very clear”. Have a look at the comments that people used for Tara Sutaria. 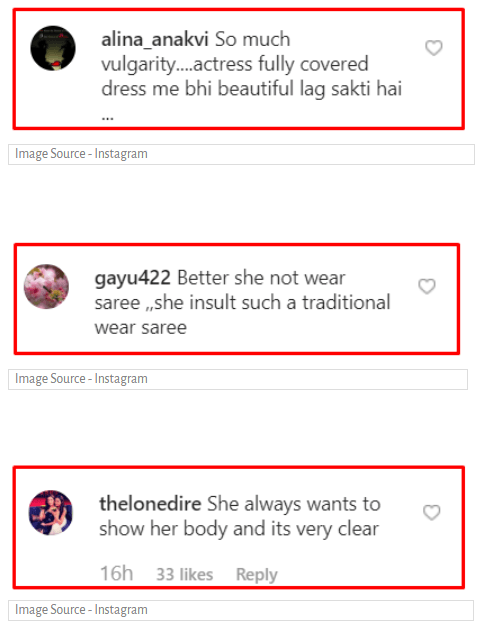 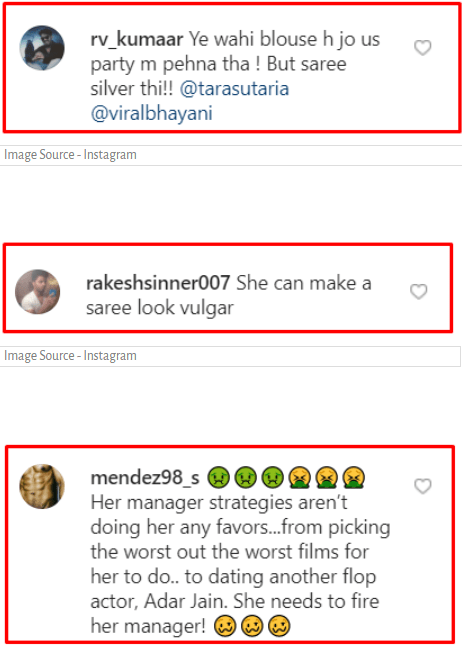 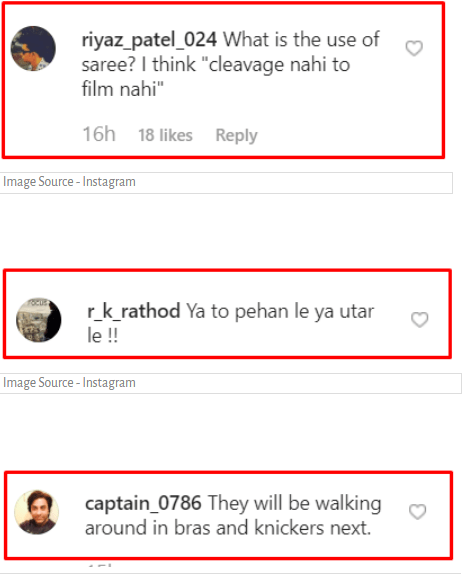 Debutante Tara Sutaria once told that she used to get affected by the trolls initially but now she knows that it is a part and parcel of her job.

On the work front, Tara Sutaria is busy with her upcoming film, ‘Marjaavaan’ opposite Sidharth Malhotra. She will be seen as his love interest in the revenge drama. The movie is directed by Milap Zaveri and was released on November 15.

Shahrukh Khan’s Body Double, Prashant’s Per Month Income Will Leave You Surprised: Deets Inside
Prince Narula’s Brother Rupesh Drowns To Death In Toronto: Mystery Unresolved
Rishi Kapoor Demise: Neetu Kapoor Thanks Ambani Family For Their Support, Says, “You Have Been Our Guardian Angels”
Kiara Advani Reveals If She Is Been On A Dating App; Share Details About Her Date