Tejasswi Prakash Slaps Karan Kundrra As He Refers To Her As ‘Tejasswi Kundrra’; Checkout!

Former Bigg Boss contestants Karan Kundrra and Tejasswi Prakash are engrossed in love after coming out of the show. The two have become pap’s favorites. Their public appearances are a visual treat for their fans. Karan and Tejasswi’s fans who lovingly call them ‘Tejran’ leave no chance in making the couple trend over social media every now and then. Recently, Tejasswi made an appearance on Karan’s Dance Deewane Juniors, and the video footage of the same is going increasingly viral.

In the promo released by Colors TV on Twitter, Kundrra is seen planting a kiss on Tejasswi’s cheeks while clapping and saying “Ek baar Tejasswi Kundrra ke liye zordaar taaliyan (A big round of applause for Tejasswi Kundrra).” After hearing the same, Tejasswi blushes and slaps her boyfriend Karan on the back. Judges Marzi Pestonji and Neetu Kapoor are seen clapping for the lovebirds as the song Chull plays in the background. In the later part, Tejasswi is seen going down on her knees with a rose for Karan. 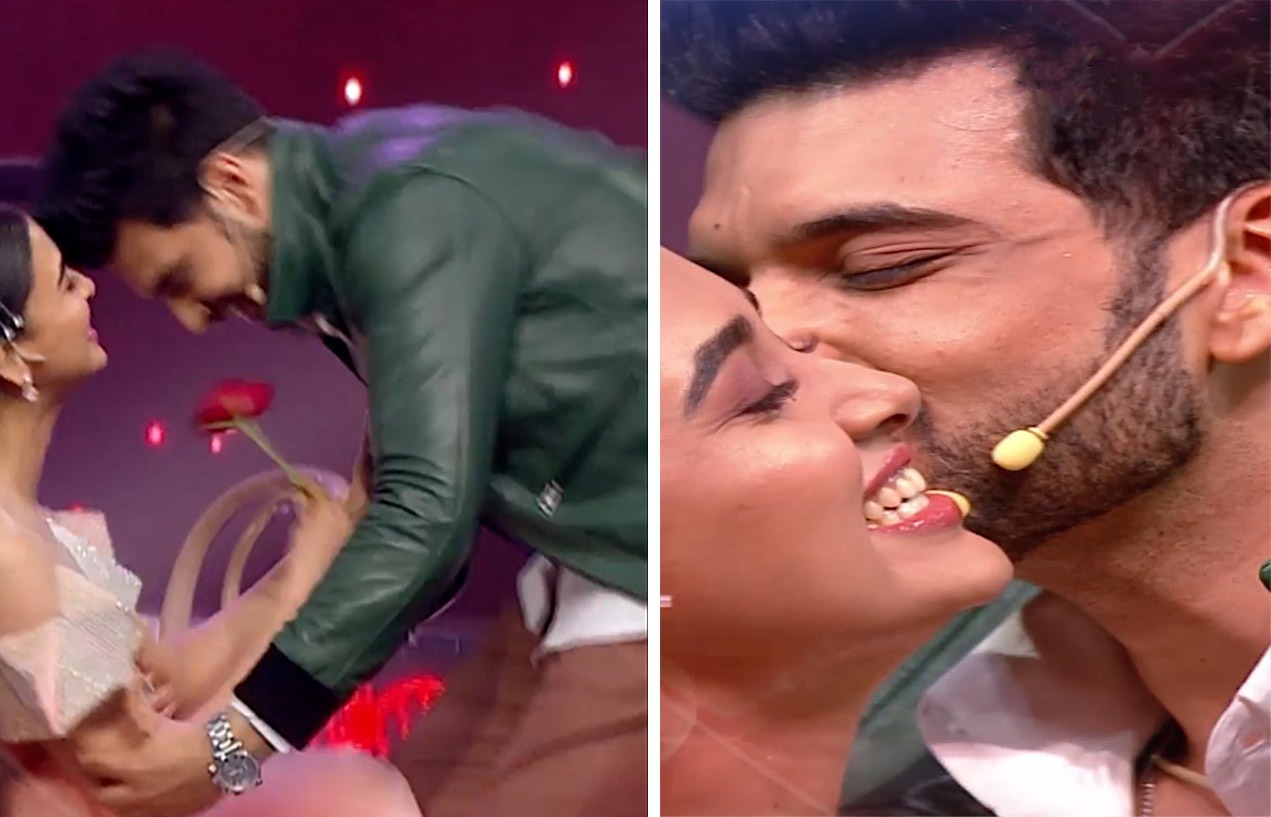 Fans have got no chill after watching this cute chemistry between Tejran. The snippet is circulating on social platforms like fire. Recently, Tejasswi had also spoken about the speculations of their wedding plans that are doing rounds in the media. “All the positive rumours about the roka and shaadi, I love all of them. (But also) It’s funny. Why should I tell you (people who ask) if the roka has happened, if we are planning our wedding or if we are buying a house? Wo humare beech ke baat hain. In my head, I’m like why do you want to know? But it’s nice and cute. About the negative ones, I’m not used to it,” said the Naagin actress.

Previously, when Karan was questioned about his wedding plans with Tejasswi, he said that she does not have the time for marriage. For the unversed, it’s been a year since Karan and Tejasswi are dating each other.