Riteish Deshmukh is known for playing comic characters on screen. Not only on screen, but Riteish also has a humorous side to him in real life too. The talented actor recently joked about the weight that one usually gains after the festive season. Sharing a post on Twitter,  Riteish warned of the high cost it would take for one to lose the post-festivals weight.

Soon after, a user on Twitter who got offended by Riteish’s post landed on his profile and accused the actor of being biased towards Hindu festivals only. The Ek Villain actor came up with a hilarious reply. 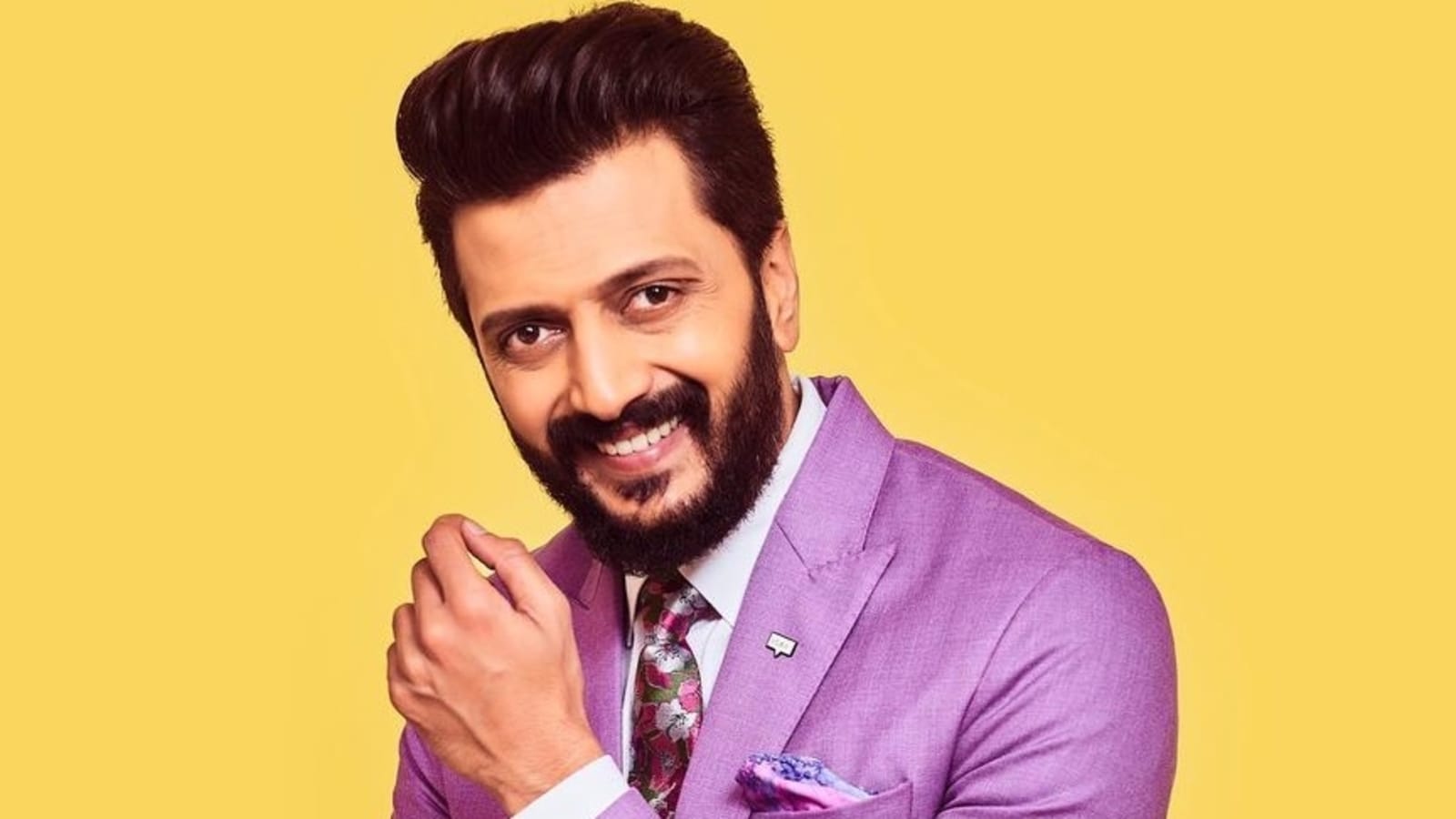 On Thursday, Riteish shared a post that mentioned the prices of popular Indian sweets such as laddu, jalebi, kaju barfi and chocolate. Along with that, it included a hefty cost one would have to pay to lose the weight after festivals. It also added a caution that read ‘choose wisely’.

Riteish put out the tweet with the caption, “I thought I should warn you !!!!”

A Twitter user who could not relate to Riteish’s post retweeted his post and asked Riteish in Hindi: “You people are enlightened only during Sanatani (Hindu) festivals only? Eid ya New Year ya Christmas par muh mein dahi jama lete ho!” 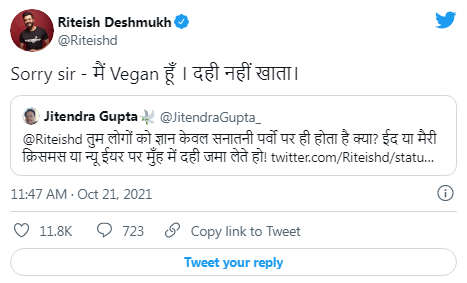 In a recent chat with Arbaaz Khan on his show Pinch Season 2, Riteish and his wife Genelia Deshmukh had addressed numerous mean comments about them on social media. One such comment, which was read out to them by Arbaaz Khan called Genelia a ‘vulgar aunty’ whose ‘overacting’ would embarrass even children.

“Besharam (shameless), cheap, vulgar aunty always overacting. Doesn’t suit your age and face especially when you’re married and got two kids dadi amma (grandmother). Even kids will be shocked and embarrassed with all your overacting. They’ll be like, ‘Even we don’t act anything like this,’” the comment read.

Riteish, along with his wife is currently seen as the host of Flipkart Ladies vs Gentlemen season 2. The actor has teamed up once again with Fardeen Khan for his upcoming film Visfot.