Vaishali Takkar Suicide: Cops In Search Of Her Former BF And Neighbour Who Harassed Her Repeatedly!

On Sunday morning, Television actress, Vaishali Takkar, who had appeared in daily soaps like Yeh Rishta Kya Kehlata Hai and Sasural Simar Ka, shocked everyone by hanging herself to death. The 26-year-old actress was found dead in her Indore residence along with a suicide note. She lived there with her father and brother.

After the initial investigation, Indore ACP M Rahman revealed that the deceased actress was harassed by her neighbour, who was her ex-boyfriend. “Vaishali’s e-gadgets will be probed. Her neighbour Rahul harassed her and thus, she took this extreme step. She was about to get married to another man, but he hindered that too. Rahul is absconding, search is on,” he said in a statement. 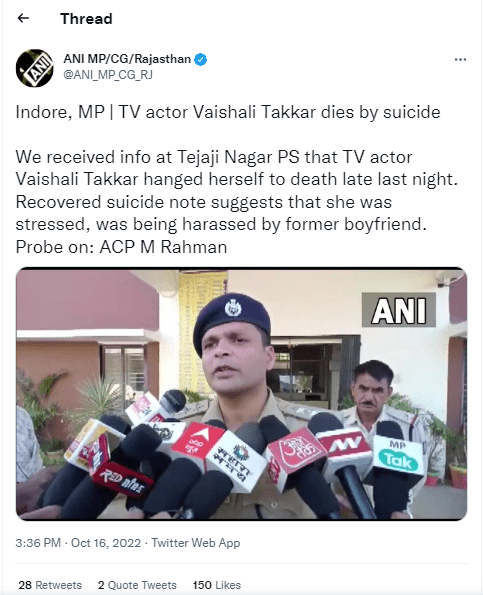 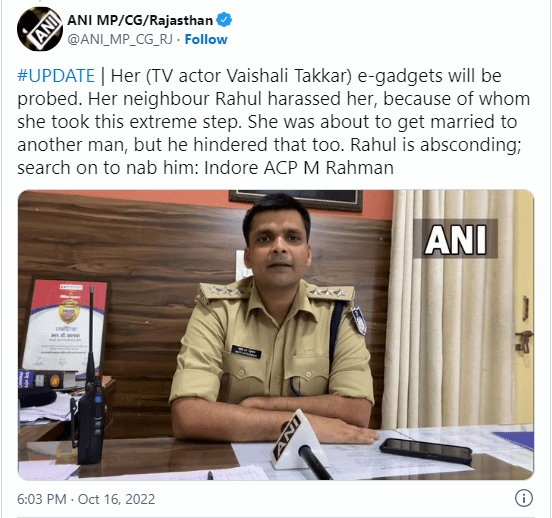 As per the reports, Takkar was engaged to a dental surgeon named Abhinandan Singh, who is based in Kenya. She was originally from Mahidpur town of Ujjain but had been living in Indore for the last few years. 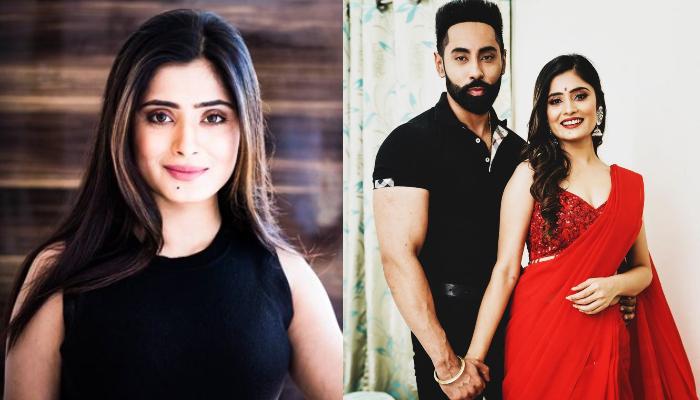 Vaishali was an active social media user. But in the last couple of days, she had shared several cryptic posts on her IG handle. Last week, she posted  a funny video of herself singing the song ‘Dil Jigar Nazar Kya Hai, Main To Tere Liye Jaan Bhi De Du…’ Before this, she had also shared a clip of a ceiling fan along with a caption, “Jiska banda/ bandi na ho vo pankha ghumaye.” 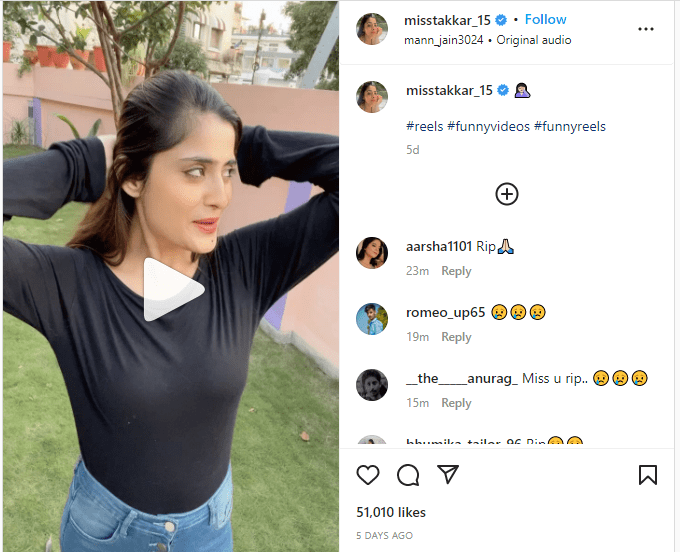 Vaishali Takkar made her acting debut in 2015 with the popular daily Yeh Rishta Kya Kehlata Hai. She had also done shows like Super Sisters, Yeh Hai Aashiqui, and Manmohini 2. The late actress was last seen in Dangal TV’s Rakshabandhan.