Bollywood actors Sidharth Malhotra and Kiara Advani’s dating rumors refuse to die down. Now adding fuel to fire, Varun Dhawan has recently revealed the person who is on Kiara’s phone speed dial. And he is none other than Sidharth Malhotra. Read on!

During a fun segment with an interviewer, Varun, and Kiara, who are actively promoting their upcoming film JugJugg Jeeyo were asked to name the who is on Kiara’s speed dial on phone. Without giving a second thought, Varun sought Kiara’s permission and wrote Sidharth’s name on the whiteboard. When Kiara saw it, she also confirmed the same with a smile, adding the fact that it was also her manager who is on her phone speed dial.

In another recent conversation, when Kiara was asked to choose between Sidharth, Kartik, and Varun as her most handsome co-star, she without wasting a second named Sidharth. Varun Dhawan agreed with Kiara and said that even his most handsome co-star is Sidharth. For the unknown, Sidharth and Kiara were seen together on-screen for the first time in 2021 hit Shershaah.

Sidharth Malhotra and Kiara Advani, lovingly called Sidkiara by their ardent fans are reportedly in a romantic relationship. The two continue to hint about the same through their gestures for each other at different events. They have been caught on several vacations too together. Last month, some reports suggested that the two have parted ways, however, if we talk about the present, everything is fine between them. 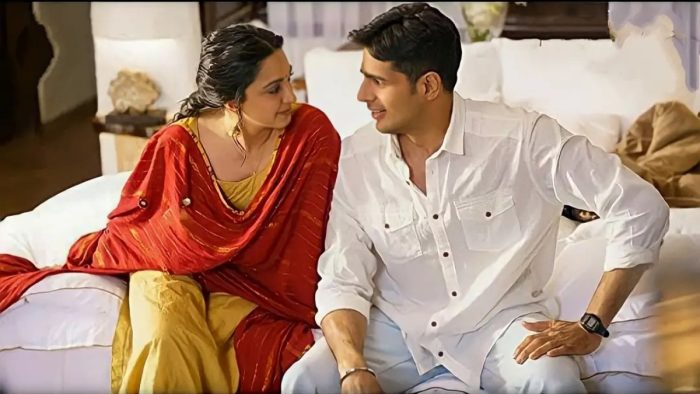 Sharing her thoughts on rumors about her personal life, Kiara had previously told a leading daily, “I am not completely immune to it, especially when it is about your personal life. On the professional front, thankfully, I have never had an experience where something has been said that has affected me or my family, but on the personal front, when they add two and two, that’s when I am like, where is this coming from?”

Kiara Advani will next appear in JugJugg Jeeyo alongside Varun Dhawan, Anil Kapoor, and Neetu Kapoor. As for Sidharth, he will be seen in Rohit Shetty’s upcoming web series, Indian Police Force. He also has an interesting lineup of projects that include Thank God, Mission Majnu, and Yodha.