As the big day is nearing, fans are getting all the way more excited for Btown couple Vicky Kaushal and Katrina Kaif’s wedding. The duo is set to tie the knot in the coming days. Recently, the loved ones of Vicky and Katrina have reached Jaipur. The couple’s siblings and other family members have been spotted at Jaipur airport by the paparazzi.

On Monday afternoon, Katrina’s elder sister Natasha Turquotte was caught at the Jaipur airport. Wearing a white tank top, blue jeans, and a mask with sunglasses, Natasha made her way through the airport, pushing a stroller in front of her. She seemed to have been accompanied by her husband as well. Someone called out her name and guided her to the car. Back home in Mumbai, Katrina’s sister Isabelle Kaif and brother Sebestien were seen leaving for Jaipur from her home. 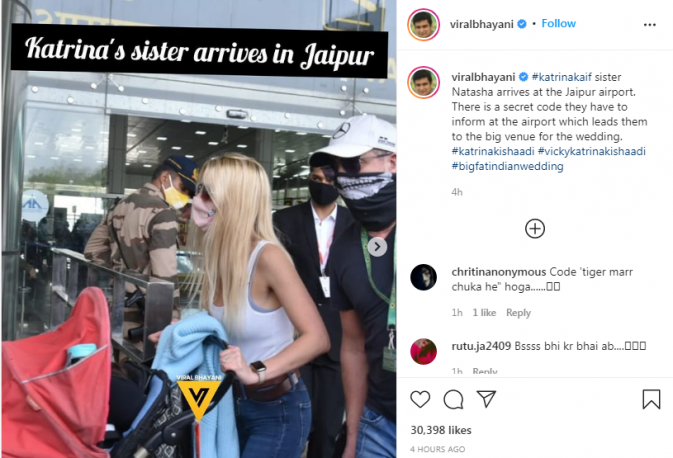 Other than this, fans have also got a glimpse of Vicky’s wedding outfit. On Sunday, videos and photos of Vicky’s sherwani wrapped in a blue fabric cover were shared online. In the video, a man was seen carrying a blue suit cover with Vicky’s name on it. A small cutout on the cover revealed, that the groom, Vicky’s wedding sherwani, designed by Kunal Rawal, has an off-white/ivory shade. 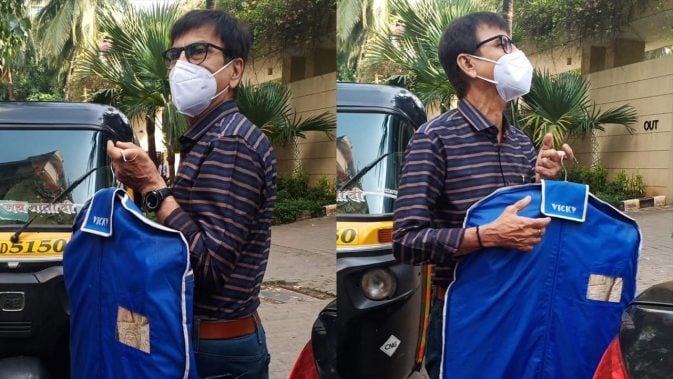 Earlier today, a video of food packets sent over by Vicky for the paparazzi was shared on Instagram. The caption read, “Sweet #vickykaushal sent food packets made by his chef for all the paps waiting outside his residence. Last night the wedding festivities began with a function at Vicky’s home. #katrinakaif and her mom were there till late at night. #vickykatrinakishaadi #vickykishaadi #bigfatindianwedding.” 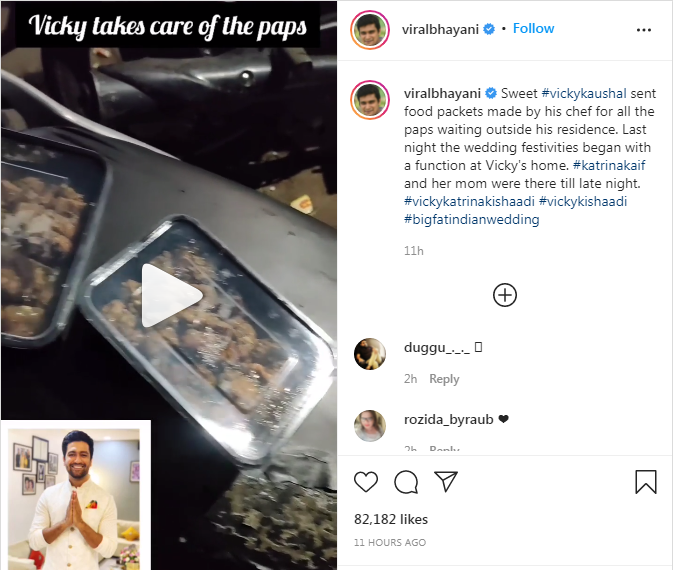 Vicky and Katrina will be getting married at Six Senses Fort Barware in Sawai Madhopur, Rajasthan, on December 9. According to a report by ANI, the royal place from December 7-9 is booked. Sawai Madhopur district collector Rajendra Kishan has said, “As far as we have been informed, there will be 120 guests for four days from December 7 to 10. He said directions have been given that all guests should have got both the doses of vaccination. RT-PCR test is compulsory for those who have not taken vaccine doses.”