‘What if you don’t get married’, Salman Khan Asks Ieshan Sehgal And Miesha Iyer To Control Their PDA

Bigg Boss 15 is filled with unlimited twists and fun. The audience is getting their daily dose of entertainment from the contestants on the controversial show. Like any other year, we are also seeing participants falling in love with each other.

In the first week itself, Splitsvilla fame Miesha Iyer and Ieshaan Sehgal were seen bonding with each other to another level. They were cosying up too in front of the cameras. Now, in the recent Weekend Ka Vaar episode, host Salman Khan has asked the lovebirds to control their display of love on National TV and be more careful of its consequences in the future.

In the episode, Salman Khan scolded contestants for their behaviour on the show and among them were Afsana Khan, Ieshaan Sehgaal and Miesha Iyer. Salman asked Ieshaan and Miesha if they knew how their PDA was looking on national television and later went on to inform them about the consequences of their intense romance if they don’t end up together. 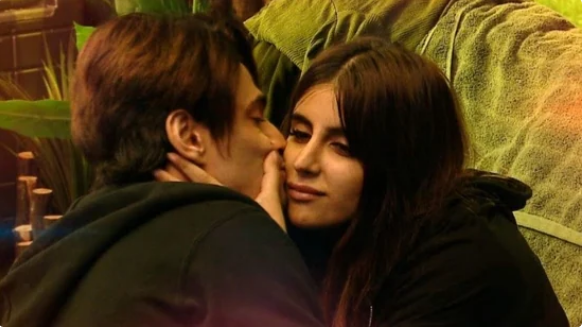 Giving Ieshaan and Miesha an insight into the aftereffects of such kind of romance on TV and referring to the clip of their kissing moment, Salman asserted, “Chale to lifelong chalne do, but agar ye kal jake kahi chala 10-15 saal baad ya kahi social media pe, toh kaisa lagega. (If it works, let it be lifelong, but how will it look if it is played somewhere after 10-15 years or on social media)?”

On this, Ieshaan nodded in affirmation and replied that they will be careful about the same. Salman then asked Ieshaan to be “very careful” for the sake of Miesha. 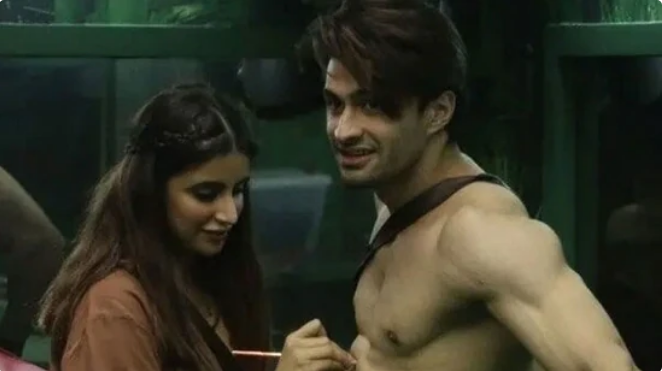 Ieshaan and Miesha were shot kissing each other on the camera. At other times, they were also caught sleeping too close to each other in the same blanket. Commenting on their growing equation, ex-Bigg Boss contestant Andy Kumar had said that Miesha was playing a game and Ieshaan was just a “lost puppy”. Kashmera Shah has also given her opinion on Ieshaan and Miesha’s relationship. She had said that she could see real love in Ieshaan’s eyes but wasn’t sure about Miesha.

Well, only time will tell if this love is real or not because it is just the beginning.