Akshay Kumar is one of the most loved actors in Bollywood. He is one actor who always surprises fans with his back-to-back film announcements. Well, he had announced his new film “Raksha Bandhan” a few months back, and we also got to see many videos and pictures from the sets.

We know that ever since the announcement of the film, fans have been in ecstasy and are eagerly waiting for it. But it looks like you won’t have to wait much as Akshay on his social media handle revealed in an official announcement that “Raksha Bandhan” will be released on August 11, 2022. One thing to note here is that Akshay’s film will clash with Aamir Khan and Kareena Kapoor’s “Laal Singh Chaddha,” which is releasing on the same date.

In the post shared by Akshay Kumar on social media, we can see the motion poster of “Raksha Bandhan” which looks extremely colourful and vibrant. Sharing the video, Akshay wrote: “Bringing you all a story of the purest form of bondage that will remind you of yours. Raksha Bandhan is releasing in theatres on August 11, 2022. To be known, Aamir Khan and Kareena Kapoor Khan starrer “Laal Singh Chaddha” will also release on the same day and it will be interesting to see this clash at the box office.

“Raksha Bandhan” marks the reunion of Akshay and Bhumi after “Toilet: Ek Prem Katha,” which coincidentally is set to be re-release over the Independence Day weekend. It is directed by Aanand L Rai, with Zee as the studio partner. While there is a trade-off that the film is going straight down the digital route, we confirm that the film is slated to have a theatrical release as scheduled on August 11, 2022. 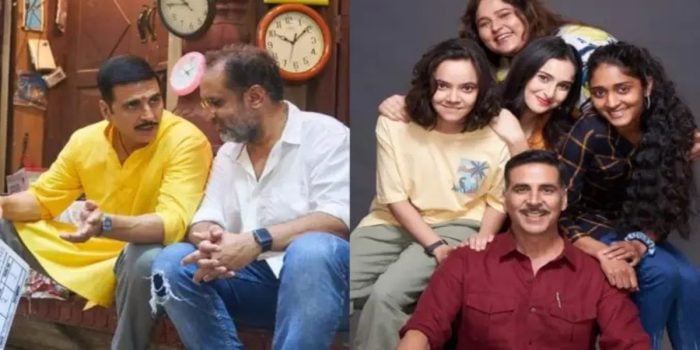 Let you know that the release week of the movie “Raksha Bandhan” is full of holidays, i.e., Raksha Bandhan on 11th August, Independence Day on 15th August, Parsi New Year on 16th August, and Janmashtami on 18th August.