After creating a buzz on social media with its leaked poster, Bollywood actor Ranbir Kapoor’s much-awaited movie Shamshera’s first look along with its release date has been officially announced by the producers. The movie will hit the theatres next month. As soon as YRF posted the same on their Instagram handle, actress Alia Bhatt, who recently became Ranbir’s better half also shared it on her social media handle. She reacted to the actor’s look from the movie by showering him with a sweet compliment.

Taking to her Instagram, Alia Bhatt put out Shamshera’s poster and wrote, “Now that’s a hot morning… I mean… good morning.” She followed up the caption with a heart-eyed face emoji. 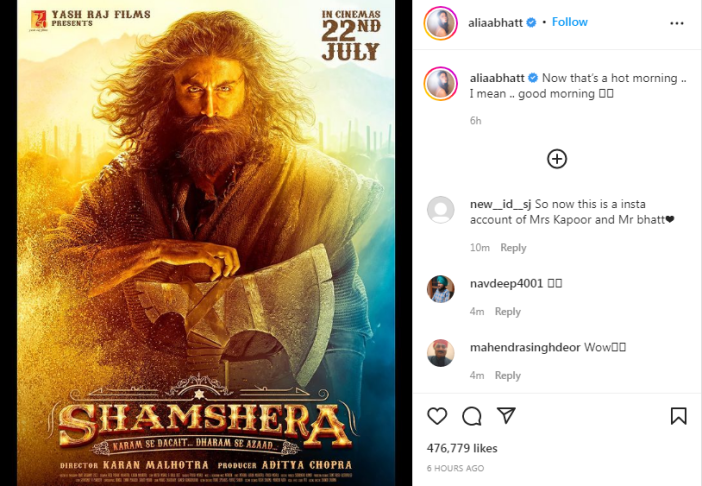 Shamshera is due for a multilingual release on July 22, 2022. It is helmed by Karan Malhotra and produced by Aditya Chopra. The action extravagance will see Ranbir breaking away from his lover boy image. The actor will be portraying a larger-than-life character of a ferocious dacoit. Sanjay Dutt, Ronit Roy, and Vaani Kapoor are also part of Shamshera. Dutt will play Ranbir’s arch-enemy in the enemy. 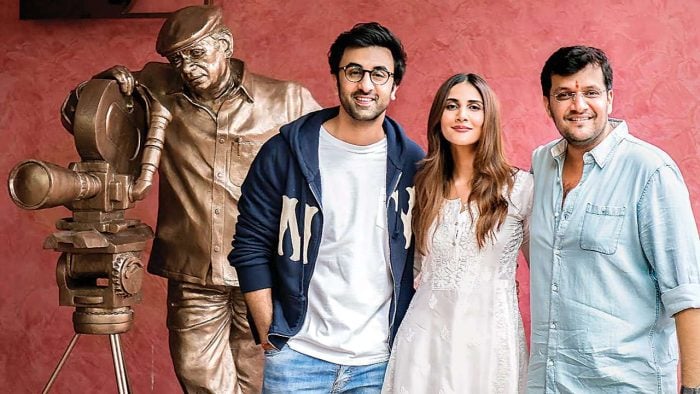 With Shamshera, Ranbir Kapoor will be returning to the screen after 4 years. He was last seen in Rajkumar Hirani’s Sanju (2018). In September this year, the first part of his trilogy titled Brahmastra will be released. Directed by Ayan Mukherjee, the film is a fantasy adventure.

On April 14, Ranbir tied the knot with longtime girlfriend Alia Bhatt in a private ceremony at his Mumbai abode Vastu. Due to their tight schedules, the two went to work the very next day of their wedding. While Ranbir is currently shooting Luv Ranjan’s next untitled romantic-comedy film with Shraddha Kapoor in Spain, Alia is shooting for her Hwood debut movie.