Alia Bhatt Replies, “I Love You” To Katrina Kaif- Deets Inside

After the trailer for Alia Bhatt’s next movie Darlings was released, Katrina Kaif began supporting her. The movie marks Alia’s production debut as well as her OTT debut. She also stars in Darlings. On Wednesday, Alia shared the movie’s teaser, and on Thursday, Katrina did the same on her Instagram page. 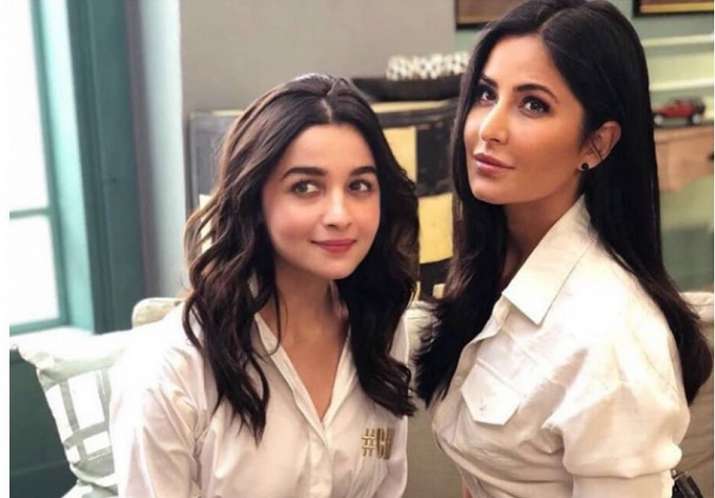 As she addressed to Alia Bhatt as “Aloo,” Katrina showed her admiration for the actress. In the promo, Katrina complimented her work by writing, “Alooo looking too amazing,” and using happy emojis. Soon after, Alia published Katrina’s remark on her Instagram page and shared the actor’s nickname. I love you, my Katyyy, Alia wrote. Alia and Katrina have also been close friends for a very long time, and they frequently share photos and workout videos on social media. When Alia began dating Ranbir Kapoor after his separation from Katrina, there were rumours that their friendship was over, but they continued to compliment each other in interviews and on social media.

Additionally, Vicky Kaushal and Ranbir Kapoor received congratulations from Alia and Katrina on their respective nuptials. In the road trip movie Jee Le Zaraa, directed by Farhan Akhtar and starring Priyanka Chopra, they will share the screen for the first time. Netflix India also made available the very first original Darlings poster along with the teaser. “How many years have ek mendak and bichhoo been around? Observe on August 5th, exclusively on Netflix, my lovelies.” Take a look at the caption. The life of a mother-daughter relationship will be followed in Darlings, a sharp dark comedy set in Mumbai. Shefali Shah will be portrayed in the film as Alia Bhatt’s mother, and Vijay Varma and Roshan Mathew will also have significant roles. The love tale between a character portrayed by Vijay Varma and Alia Bhatt is the subject of the movie. The score for the film, which was directed for the first time by Jasmeet K. Reen, was written by filmmaker-composer Vishal Bhardwaj.

Riddhima Kapoor Sahni, Alia’s sister-in-law, also liked the preview and dubbed it “superb,” to which the actor replied on Instagram Stories with the message “Love you sis.” Among those who gave the teaser high marks were her mother-in-law Neetu Kapoor and her Dear Zindagi co-star Shah Rukh Khan.