Anupam Kher calls Robert De Niro ‘Godfather of acting’ & says ‘Thank you for the most delicious dinner, an amazing evening’.

Bollywood veteran actor Anupam Kher has shared a series of pictures with his Silver Linings Playbook co-star Robert De Niro and thanked him for ‘the most delicious dinner and an amazing evening’.

Actor Anupam Kher showered praise on Hollywood star Robert De Niro on his 78th birthday and described him as ‘Godfather of acting’. Taking to Instagram, Anupam also wished Robert on the occasion of his 78th birthday, which took place early this week. 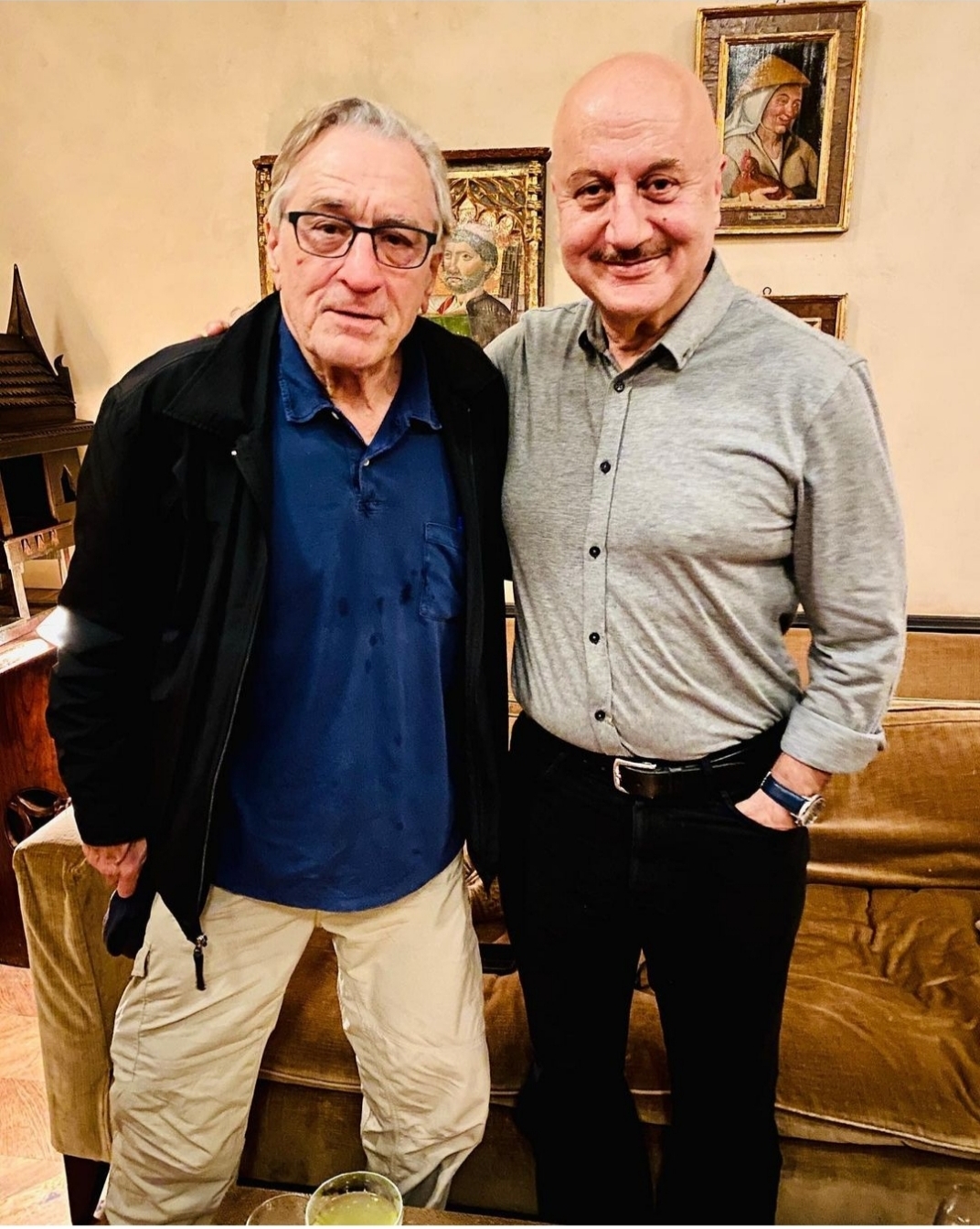 In the pictures, Anupam Kher and Robert De Niro posed together for the camera from a hotel room. While Anupam wore a grey shirt paired with black pants, Robert opted for a polo T-shirt, beige pants, and a black jacket. Anupam also gifted him his book Your Best Day Is Today! He tagged his geolocation as The Greenwich Hotel, in New York. 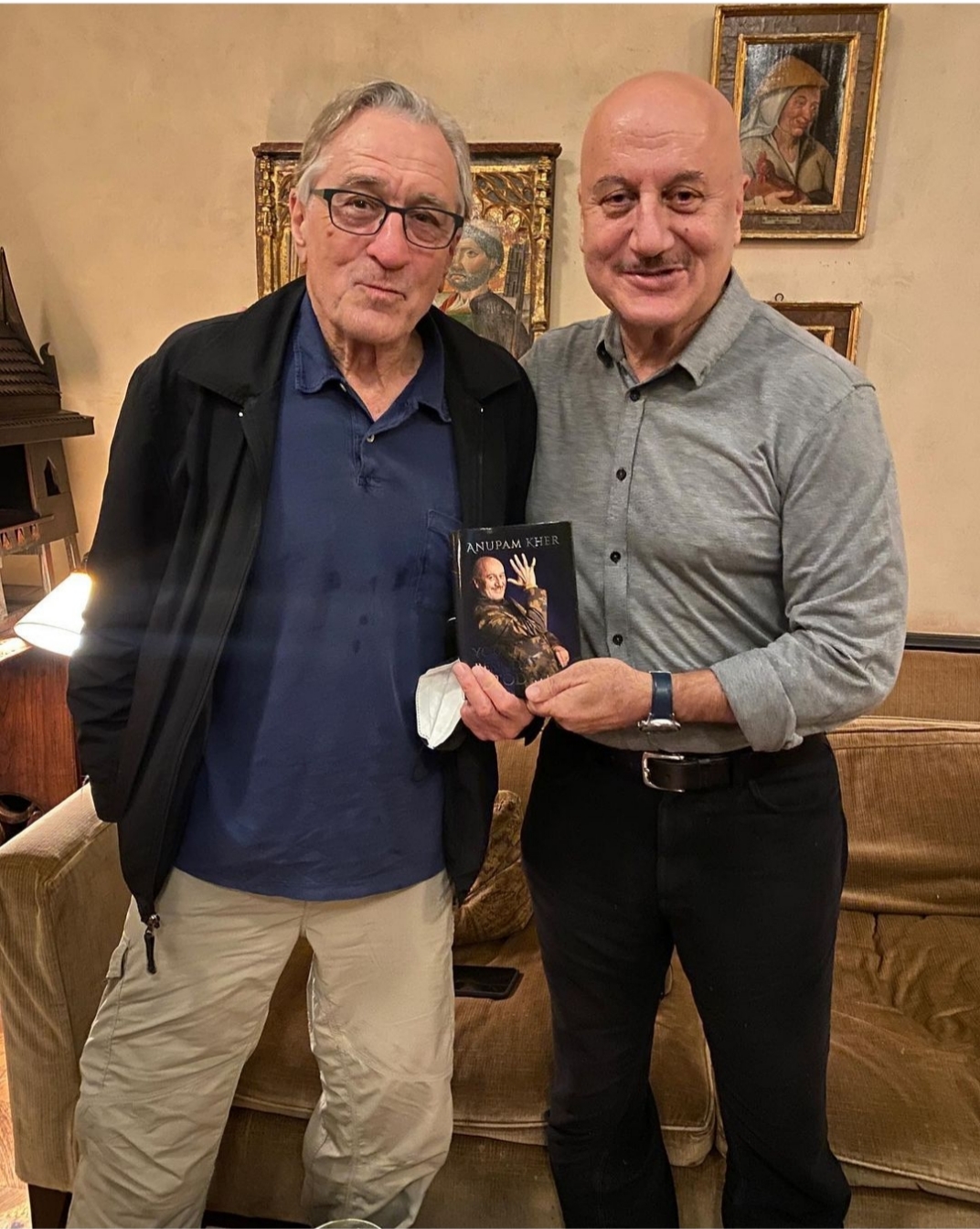 On his Instagram page, Captioning the post, Anupam Kher wrote, “Dear Mr. #DeNiro! Wishing you a very happy and healthy birthday!! May God give you all the happiness in the world. You have inspired generations of actors all over the world. On a personal level, every moment spent with you is most precious and a big learning experience! Thank you for the most delicious dinner and an amazing evening a few days back!! #RobertDeNiro #GodFatherOfActing #Friend #Inspiration #YourBestIsToday.” 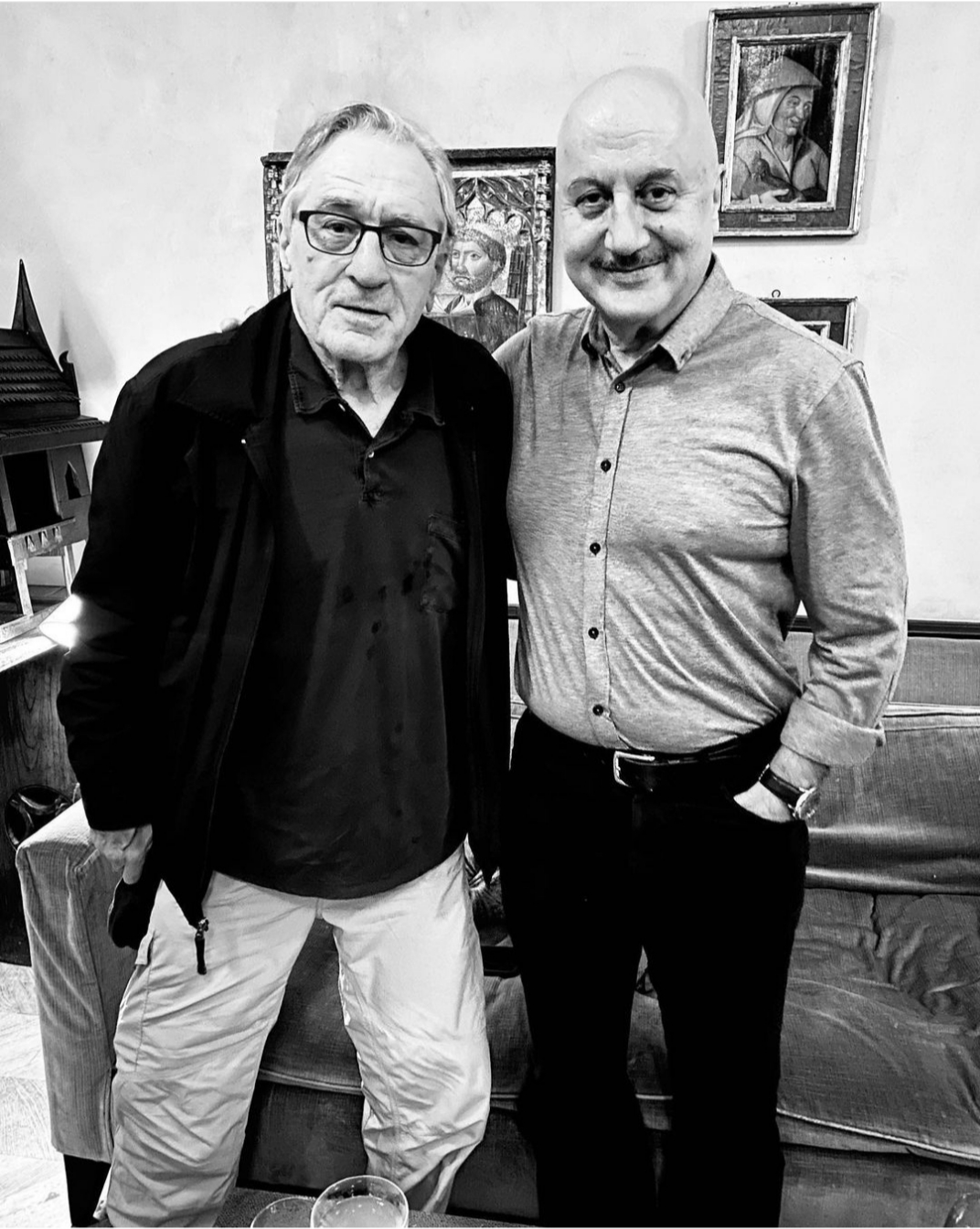 Robert de Niro, considered one of the greatest actors of Hollywood, is best known for his versatile performance in The Godfather Part II, Taxi Driver, and Raging Bull.

The actor Anupam Kher, who is presently in the US, has been sharing pictures of his stay. Recently, he posted a video working shirtless in the gym. He had captioned it, “In a way, confidence is like a muscle!! The more you use it, the stronger it gets!! :).” In another post, he gave a glimpse of his upcoming film Shiv Shastri Balboa and wrote, ‘Roads were made for journeys, not destinations.’ 🙂 #ShivShastriBalboa.” 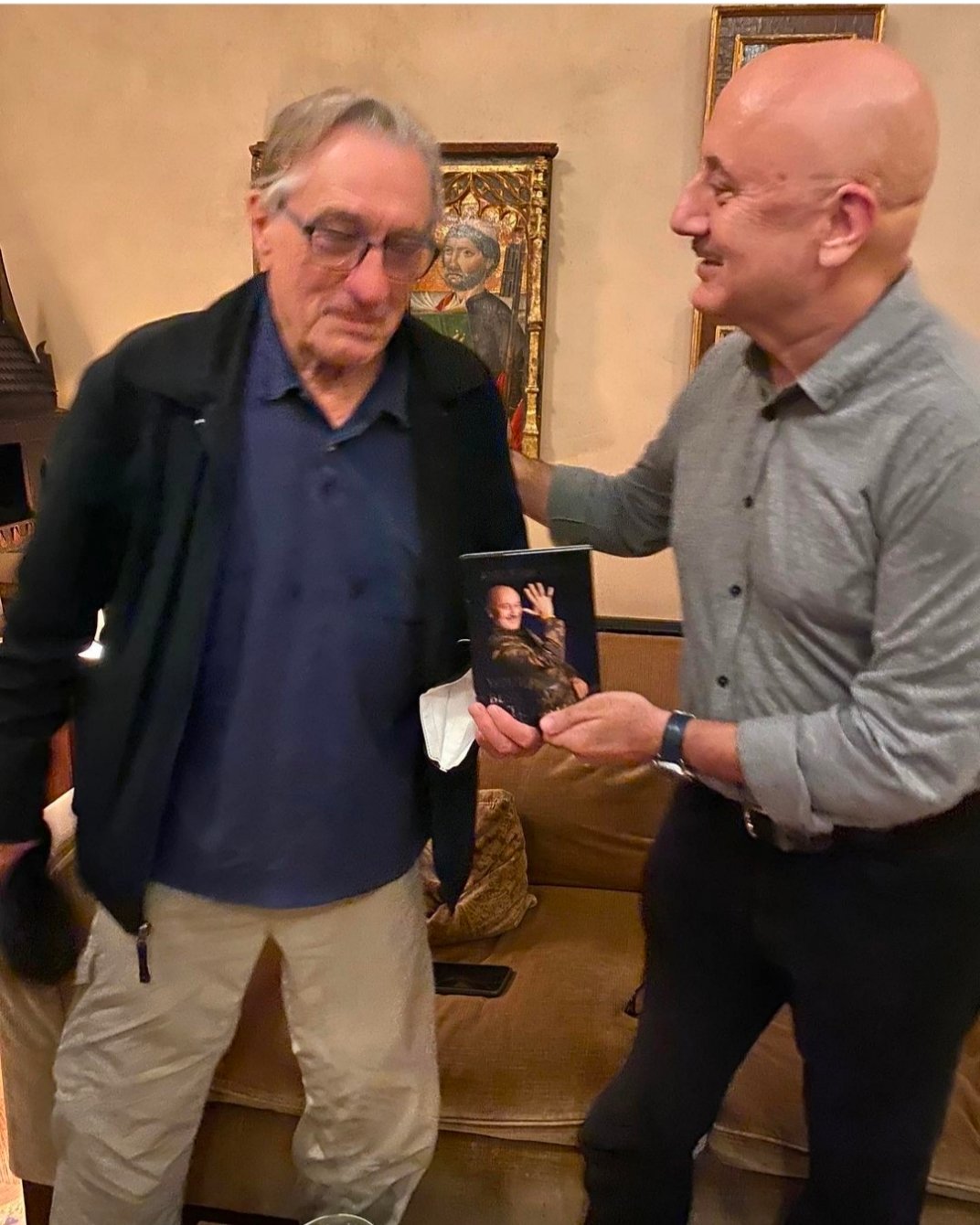 Shiv Shastri Balboa is being shot in the US. Besides Anupam Kher, the film also stars actor Neena Gupta in the lead role.

The movie will be directed by Ajayan Venugopalan. Anupam Kher has various other projects in the pipeline including The Last Show, Mungilal Rocks, and The Kashmir Files.