Arjun Kanungo and Carla Dennis, his longtime girlfriend, have married! The couple married in a small ceremony at Mumbai’s Taj Hotel on Wednesday. While the couple has yet to share official wedding photos, a video from their blissful nuptials has surfaced on the internet, and it is oh-so-dreamy. The couple can be seen in the video performing the pheras. 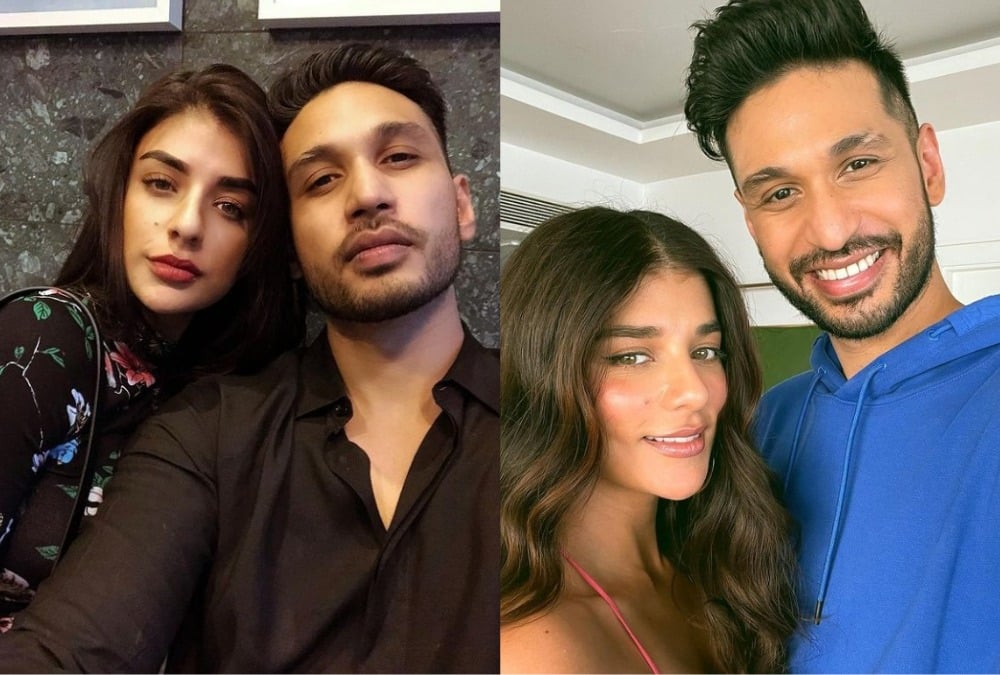 The video shows a glimpse of their beautiful wedding venue. The couple appears to have chosen an indoor wedding with simple arrangements. Arjun and Carla looked regal in traditional wedding attire for their wedding. While Arjun looked dapper in an ivory Anita Dongre sherwani, Carla looked stunning in a red bridal lehenga. Carla chose a Sabyasachi look for her wedding, wearing a gorgeous red lehenga with a beautiful blouse. She wore her hair open just underneath her veil and wore statement jewellery. Her mangalsutra was also seen in the video. 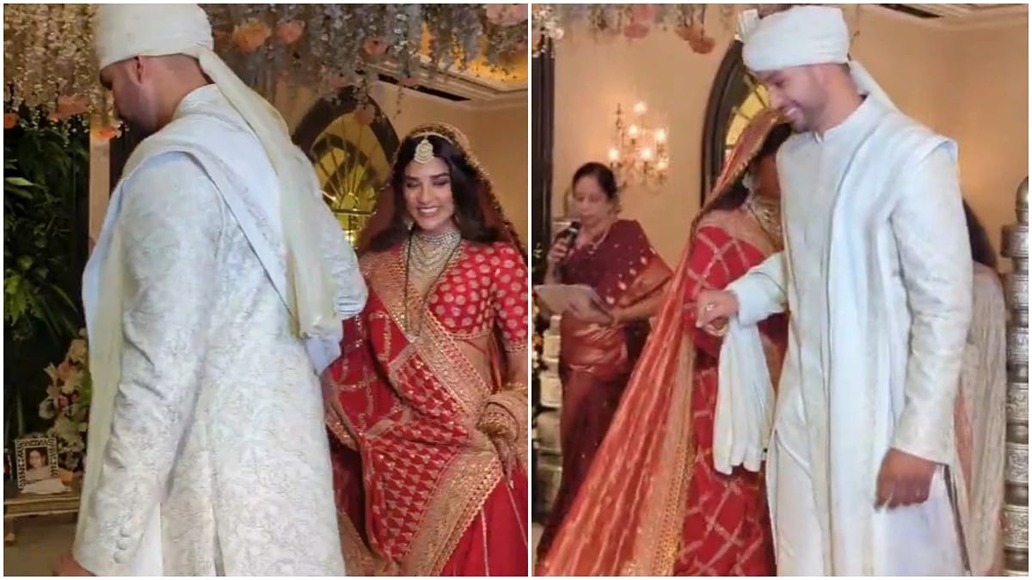 Watch the video below:

Arjun and Carla hosted their mehendi ceremony on Tuesday, which was attended by Bobby Deol and other guests. Carla chose a stunning pink lehenga for the special occasion, while Arjun kept it simple in a cream kurta pyjama. 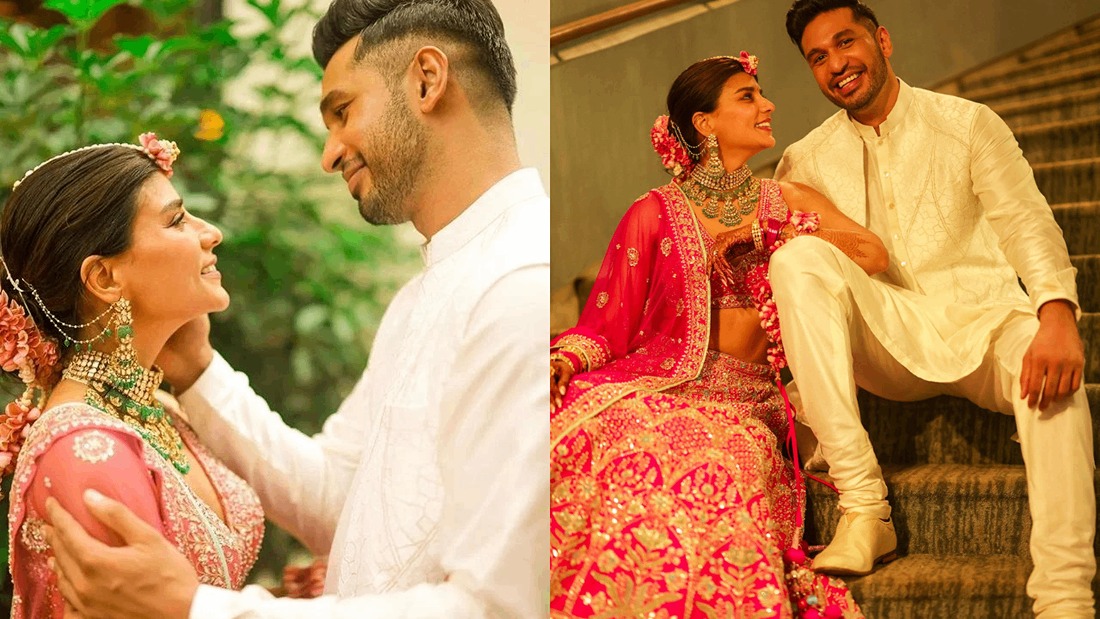 The couple was seen in the photos smiling and lost in each other’s eyes. The singer looked sharp in a white kurta and a white Nehru jacket. Carla, on the other hand, was stunning in a pink lehenga. She complemented her look with green neck pieces, statement earrings, and a flower-shaped maang tikka. Kanungo proposed to his long-term girlfriend Carla Dennis in November 2020. Following the wedding, the couple will depart for their honeymoon in Japan.