The love story of Bollywood’s famous couple Arjun Kapoor and Malaika Arora has become famous in the film corridors. Both are dating each other for the past many years. Now-a-days, they keep posting pictures and videos with each other on social media. Recently, Malaika crossed seven seas and reached London with boyfriend Arjun. Where both are spending a good time with each other, the living example of which is the new pictures of both. 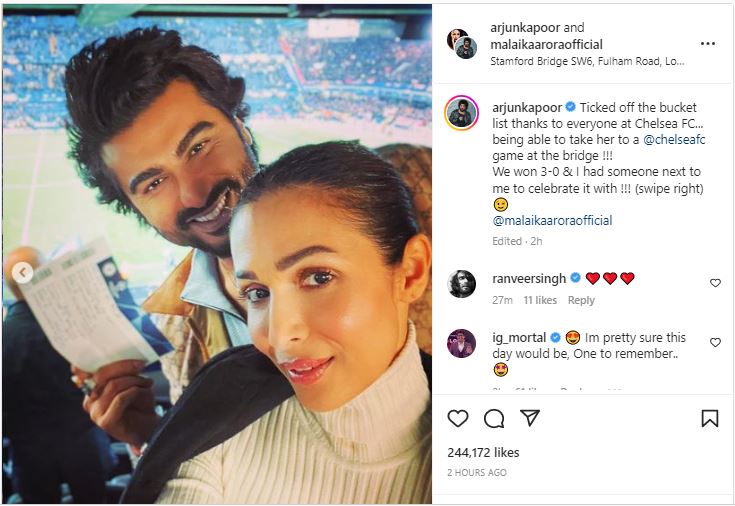 It is seen in these pictures and videos that Arjun has taken girlfriend Malaika Arora to show Chelsea match in London. In the pictures, Arjun is seen kissing Malaika on the head, while the actress is seen posing looking at the camera. After this he uploaded some videos of the game. 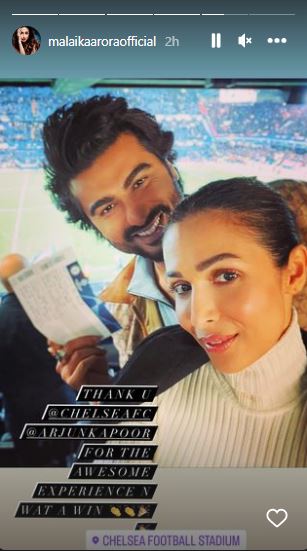 Arjun wrote, “Bucket list everyone at Chelsea FC. Being able to take him to a Chelsea FC game on the bridge!!! We won 3-0 and I have a lot to celebrate While there was someone next to me.” Malaika Arora also shared this post in her Insta story and thanked Arjun Kapoor for this special date. 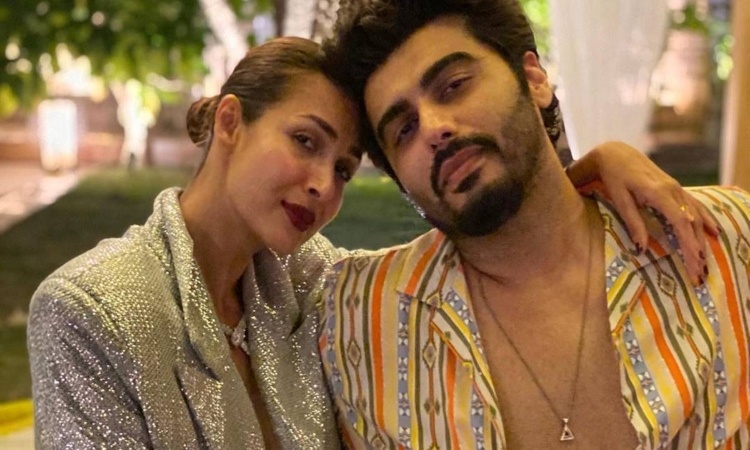 Malaika and Arjun made their love official in the year 2019. Since then the two are often spotted together. Malaika is 11 years older than Arjun Kapoor, but both do not consider age a hindrance in their love. In an interview, Malaika had said that age does not matter in love. In the past, Malaika spoke openly about the wedding planning with Arjun Kapoor. He had said- I think the constitution of marriage is beautiful. Also, I don’t think you should rush to get married because it is a social pressure. 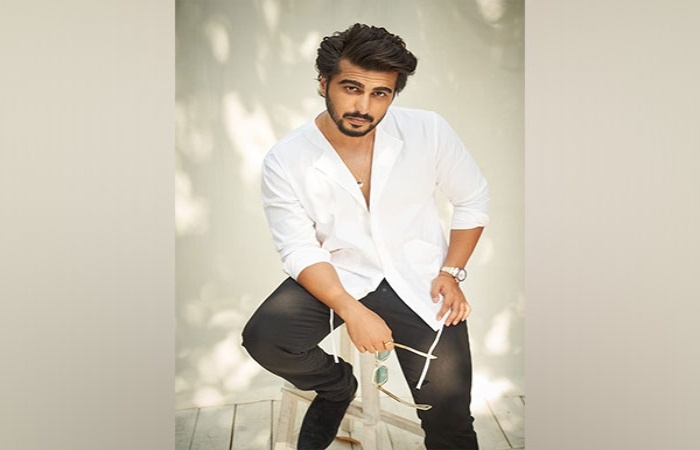 Talking about Arjun Kapoor’s work front, he was recently seen in Ek Villain Returns. The film was a flop at the box office. At the same time, now he will be seen in The Lady Killer. In this, actress Bhumi Pednekar is also going to be seen with him. Apart from this, he will be seen in Aakash Bhardwaj’s film Kuttey along with Radhika Madan, Tabu and Konkona Sen Sharma.