Bharti Singh Shared The Picture Of The Baby Bump, Asked The Fans About Being A Boy And A Girl; Take a look!

Bharti Singh has made a different identity in the industry with her comedy. From TV world to Bollywood, there is hardly anyone who does not know Bharti. She is always in the headlines for her comedy but for some time now Bharti is in discussion about her pregnancy. Bharti Singh is married to Haarsh Limbachiyaa. Recently, she also gave the news of her pregnancy in a very funny way. Whose video quickly went viral. Now Bharti has shared a picture of her baby bump on social media and has asked the fans questions about the boy and the girl in a very funny way. Fans are also commenting fiercely on his post. 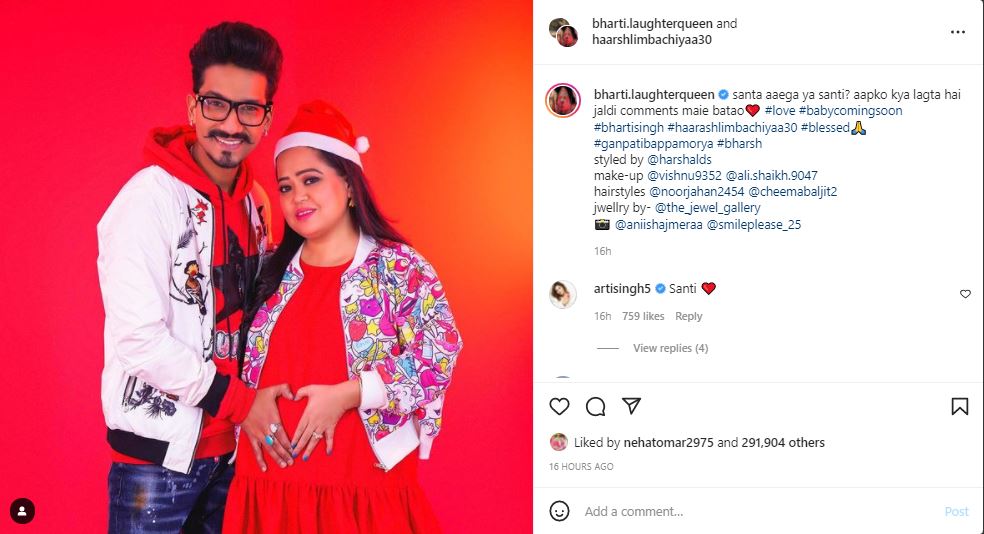 Bharti Singh has shared a picture with husband Haarsh Limbachiyaa from her Instagram account. In this picture, Bharti Singh is wearing a red outfit and she is wearing a Santa Claus cap on her head. In this picture, he is holding his hand in the shape of a heart on his tummy. Sharing this photo, Bharti asked the fans, ‘Santa will come or Santi? What do you think, tell me in the comments soon’. Along with this, Bharti has also posted a heart emoji. Fans are constantly giving their answers on this post of Bharti Singh. In response to this question, a mixed reaction is coming, some are saying Santa (boy) and some are saying Santi (girl). A fan commented saying, “Santa aaye ya santi be just as cute and gimmicky as you.” That’s how fans are expecting twins too. 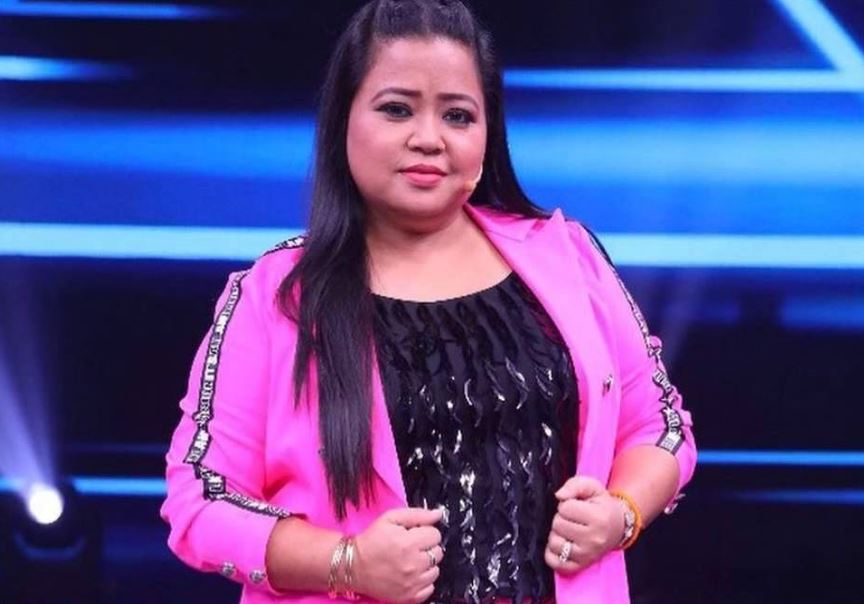 Bharti Singh has worked in many comedy shows as well as in films. If we talk about shows, he has hosted many shows and has made everyone laugh with his comedy in Comedy Circus Ke Superstar, Comedy Circus Ke Tansen, Comedy Circus Ke Ajoobe, The Great Indian Laughter Challenge The Kapil Sharma. Along with this, Bharti has also worked in Akshay Kumar’s film ‘Khiladi 786’ and Pulkit Samrat’s film ‘Sanam Re’.