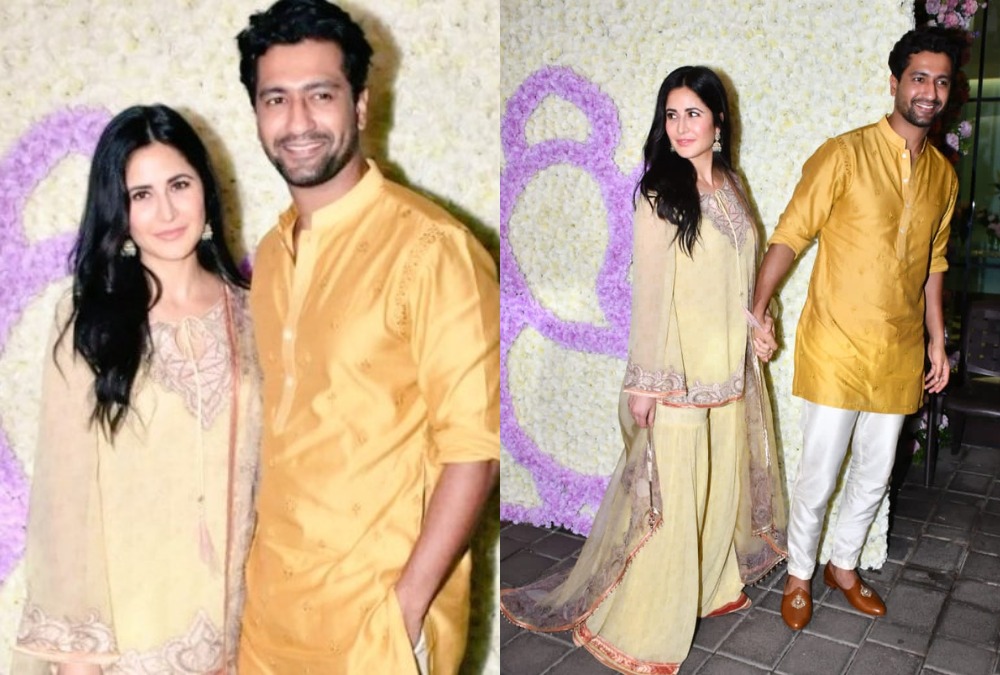 Ganapati, one of the most popular festivals of the year, has arrived! Today is the first day of Ganeshotsav, which lasts ten days. Today is Ganesh Chaturthi, and Arpita Khan, Salman Khan’s sister, has welcomed Lord Ganesh to her home like she does every year. Katrina, who has a special bond with Arpita, arrived at her home with her husband Vicky.

Every time the pair steps out, they give significant couple goals.Katrina Kaif and Vicky Kaushal are one of Bollywood’s prettiest couples.

When it comes to creating marriage objectives, these two never fail. Both actors were dressed in yellow and looked stunning as they posed for the paparazzi. They were beaming, and the greatest part was that they were walking hand in hand. The couple looks gorgeous as they twin and win. 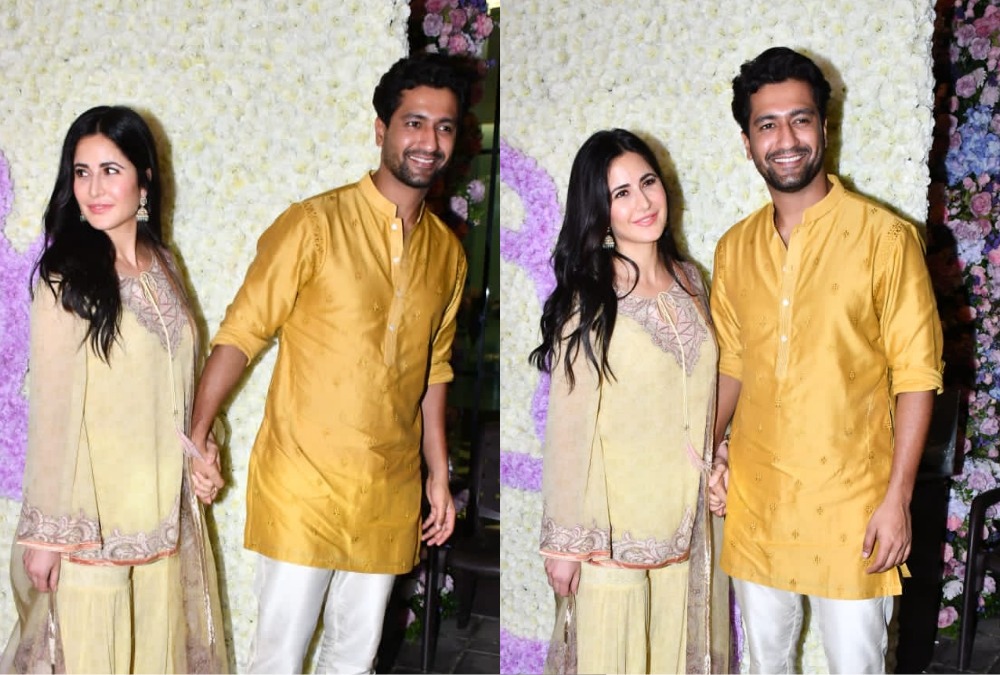 Katrina looked stunning in a Tarun tahiliani yellow sharara-set and Vicky looked equally stunning in a golden-yellow kurta and white pyjama. Meanwhile, Katrina Kaif is killing it! There isn’t a single day that she doesn’t turn heads with her dress selections. 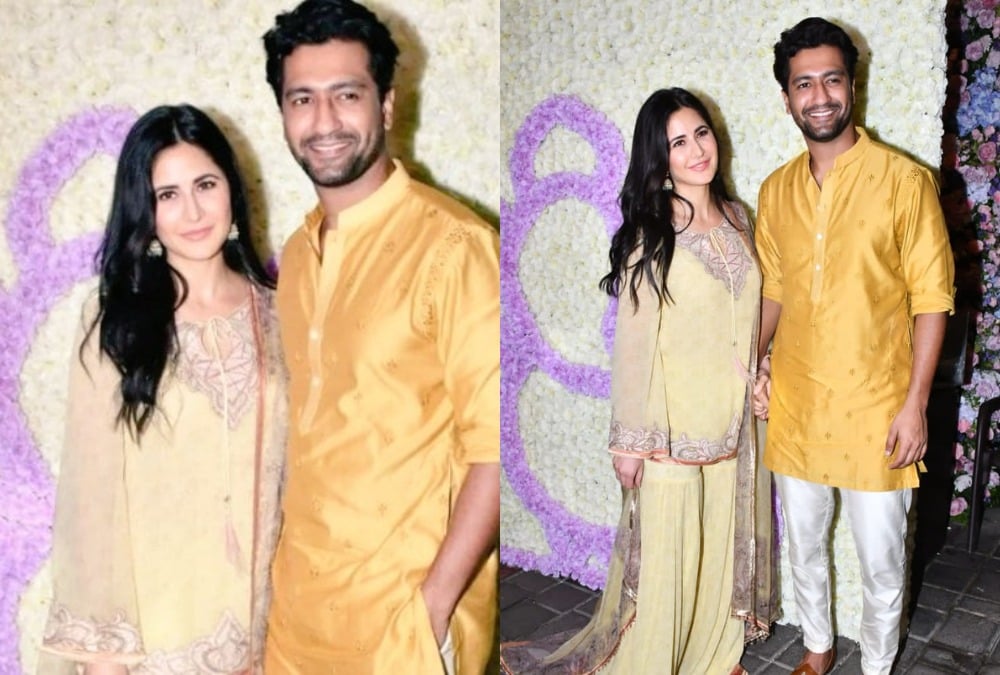 On work front Katrina Kaif and Salman Khan will next be seen in Tiger 3, which is set to be released next year. Katrina Kaif is preparing for the release of Phone Bhoot with Siddhanth Chaturvedi and Ishaan Khatter, and she also starred alongside Vijay Sethupathi in Merry Christmas.

On other hand, Vicky Kaushal will be seen in Govinda Naam Mera alongside Kiara Advani. He also has Sam Bahadur with Sanya Malhotra and Fatima Sana Shaikh. Laxman Utekar’s untitled project with Sara Ali Khan will also feature the actor.