COVID-19: Know The Signs That Are Indicative of Third Wave

Studies conducted by a set of experts and researchers have revealed that the third wave is about to knock on our doors. In fact, it can hit the country by the end of August. Now, let’s have a look at what led to experts releasing such a statement on the third wave of COVID-19.

The major factor based on which the researchers have concluded the time of third-wave hitting us is the rise in ‘R’ value. Now, you must be wondering what this ‘R’ value is. Also known as the R0 or ‘R’ factor, the ‘R’ value is actually the transmissibility rate of coronavirus infections. It represents the number of people one Covid-19 patient can infect on average.

In times of a pandemic, public health authorities aim for an ‘R’ value of less than 1. This ensures that the virus will eventually stop spreading because it cannot infect enough people to sustain the outbreak.

An ‘R’ value of 1 means one Covid-19 patient will, on average, infect at least one more person. Similarly, an ‘R’ value lower than 1 indicates that a single patient is infecting less than one person on average.

According to the findings of the Institute of Mathematical Sciences in Chennai, the ‘R’ value of SARS-CoV-2 in India has crossed 1 for the first time since May 7 in several states. According to Professor Sitabhra Sinha, the uptick in ‘R’ value has happened around the same time in various states and this suggests that this rise in active Covid-19 cases is coordinated.

States that are in the ‘Danger’ zone

Apart from Manipur, Arunachal Pradesh, and Tripura, the ‘R’ value remains higher than 1 in most northeastern states. An increase in the active cases of Covid in Kerala, Karnataka, Uttarakhand, and Himachal Pradesh is also a worrying trend, claimed the experts.

The ‘R’ value in Andhra Pradesh and Telangana is also coming close to 1. The ‘R’ value for Delhi, Chennai, Bengaluru, and Kolkata also exceeded 1 around the same time.

What do experts have to say about this worrisome pattern?

Asked whether this is worrisome from the point of view of the third wave of coronavirus infections, Professor Sitabhra Sinha said, “Definitely. While it is true that the value becoming greater than 1 may just be a temporary event and it is possible that in the next few days it could again go back to being less than 1, the fact that R has also risen to greater than 1 in several states around the same time suggests that this rise in active cases is coordinated and systemic.”

He further stated, “Thus, a near-simultaneous transition from falling trend to rising trend inactive cases in states as far apart as Karnataka and Himachal Pradesh, Uttarakhand and Haryana – and not even bringing into the discussion the northeast where the second wave has not subsided till now – suggests what we are seeing may not be just a transient event.”

However, Professor Sinha does not want to conclude anything before the end of this week. He said, “We should wait for at least a week to make certain that what we are seeing is a sustained trend.”

Some ways in which India can brace itself to face the third wave: 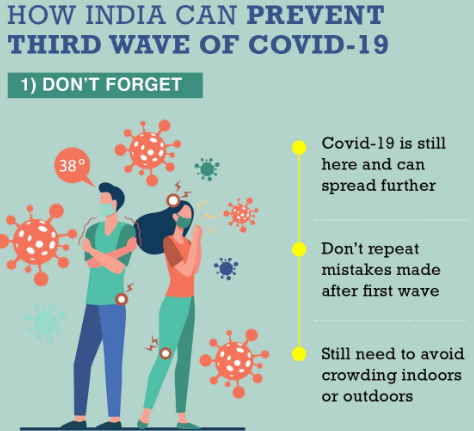 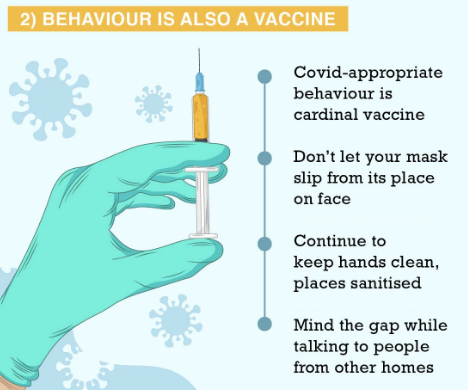 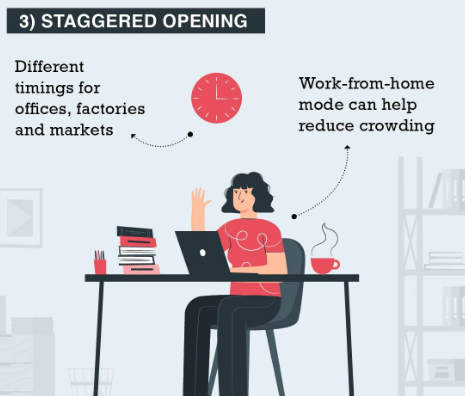 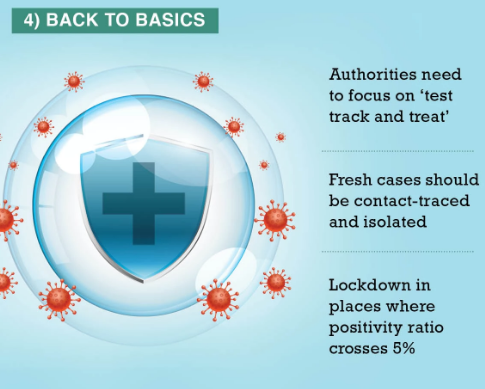