Dharmendra Bought His First Car For Rupees 18000, Shares Video With It- Check Out

Veteran actor Dharmendra known for films such as Phool Aur Patthar, Mera Gaon Mera Desh, Seeta Aur Geeta, and Sholay is quite famous on social media too. He keeps sharing photos and videos of his family and of himself. Recently, the actor tweeted a video of the first-ever car he bought, a black Fiat which costed him Rs. 18000.

In the video, Dharmendra introducing his car to his followers while standing next to it. The versatile actor is also heard telling the viewers that he bought the car several decades ago for a lump sum of Rs. 18000.

In a clip, Dharmendra could be heard saying, “Hi friends, my first car. I bought it for ₹18,000 only. In those days ₹18,000 was a great thing. I have kept it nicely. Looks good? Pray for it, it should always be with me.”

In the caption, he called his car a great blessing and wrote, “Friends, Fiat my first car my beloved baby… Very close to my heart. His great blessings in the life of a struggler.” 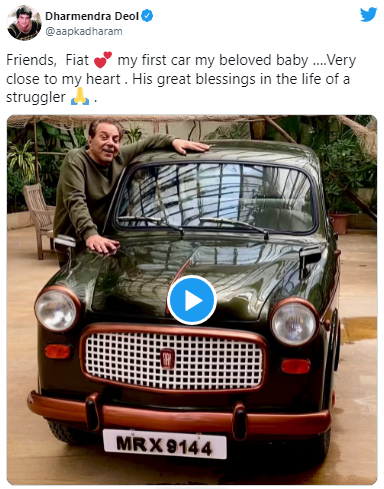 Previously, in an interview with a leading daily, Dharmendra had said that he planned to convert his first car into a taxi if nothing worked out for him. Calling himself an ‘emotional fool’, Dharmendra stated, “I’ve been emotional enough to keep my first car, a Fiat… because of the fear that if I have nothing someday, I can convert it into a taxi!” 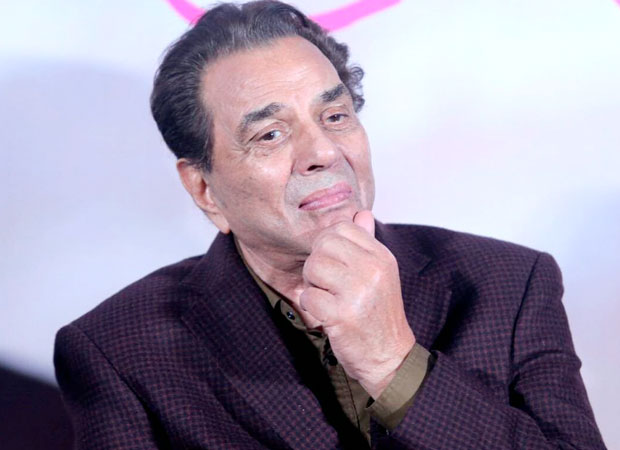 Dharmendra’s was last seen release in Yamla Pagla Deewana: Phir Se in 2018. In the film, he starred alongside his sons, Sunny Deol and Bobby Deol. He will be next seen in Anil Sharma’s Apne 2, which is going to feature three generations of the Deol family. In a statement, Dharmendra had said, “Apne is one of the best films of my life. A joint effort by the whole unit, received very well by you all. Now, I’m very happy because I will get to shoot Apne 2 with my entire family – my sons Sunny, Bobby and my grandson Karan. It will be a very special film and I am looking forward to shoot.”