‘Do you even love her?,’ Netizen Asks Ranbir Kapoor After He Ignores Alia Bhatt!

The power couple of Bollywood Alia Bhatt and Ranbir Kapoor are turning heads with their public appearances. Currently basking in the success of their visual spectacle Brahmastra Part one: Shiva, the duo is getting spotted thanking the audiences for an immense response to their piece of heart.

Recently, Alia and Ranbir arrived for a press conference in Ahmedabad along with director Ayan Mukherjee. While Ranbir wore a white kurta-pyjama paired with a navy-blue Nehru jacket for the outing, Alia donned a lime green Kurti with a matching Sharara. 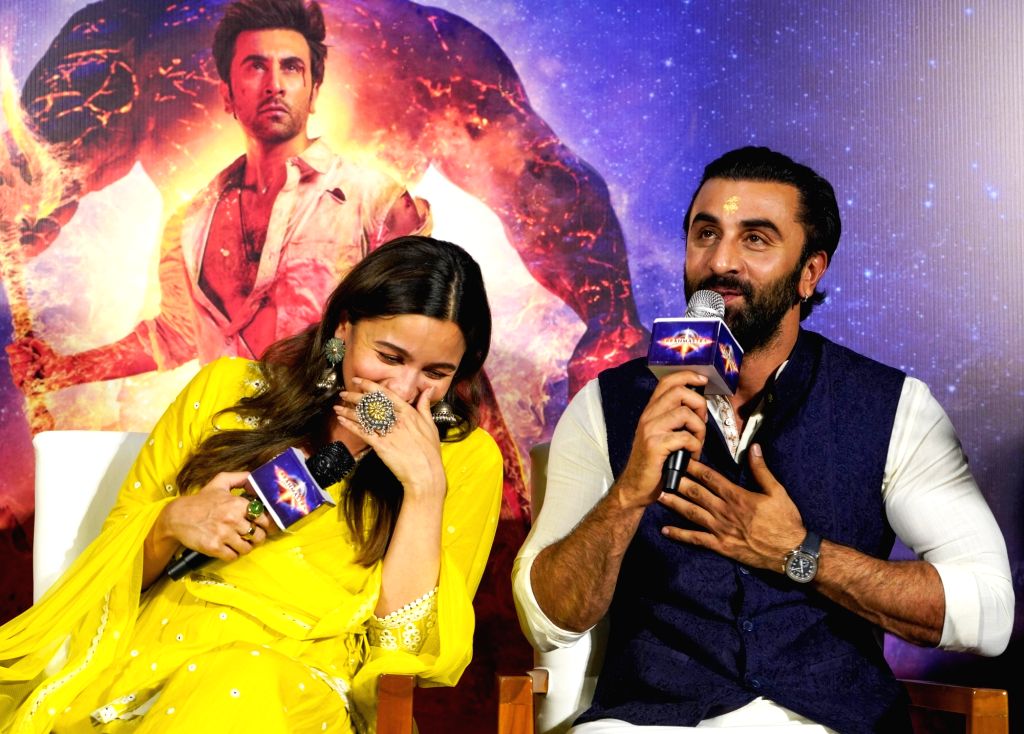 Many paps took their videos from the event. One of the clips from the same time is now doing rounds on social media for all the wrong reasons. Actually, a pap account uploaded a video of Alia and Ranbir where both of them are walking separately. At the end of the video, Ranbir is also seen ignoring a heavily pregnant Alia, leaving her behind all alone and walking ahead to reach the venue. 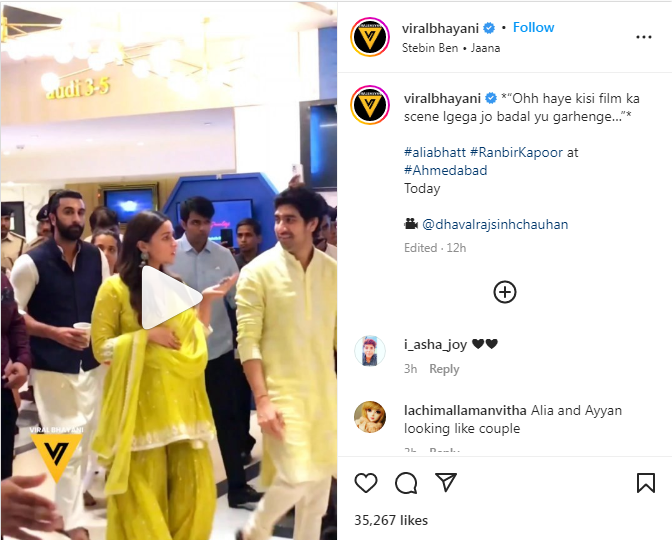 Now, this has irked a section of netizens and Ranbir is getting slammed for his actions. “Ranbir is not even taking her w him?? Tf??”, wrote one user. “Ranbir ne alia ko kaise ignore kiya ,jaise koi stranger ho,” read another comment. A third user asked, “Ranbir do u really love Alia? for heaven’s sake, she s preg with ur child.. least u can do is hold her hand!! zero respect for u man.”

Well, this is not the first time that Ranbir has faced the heat from netizens. Earlier also, he was mercilessly trolled for commenting on Alia Bhatt’s weight gain during pregnancy and calling Alia his Dal Chawal in the context of his film Yeh Jawani Hai Deewani.

Professionally, Alia will next appear in Karan Johar’s directorial film Rocky Aur Rani Ki Prem Kahani along with Ranveer Singh. Ranbir, on the other hand, will be next seen in director Sandeep Reddy Vanga’s drama film Animal alongside Anil Kapoor, Bobby Deol, and Rashmika Mandanna.