Don’t Ignore These Three Symptoms, Get Them Checked Immediately

The damage caused by the second wave of corona virus across the country, as much as it frightened the people and the number of lives that this wave took, the damage was probably not done in the first wave. In such a situation, this wave shook the people. Apart from infecting a large number of people, Corona also took many lives. Apart from this, while corona causes diseases like fever, cough-cold, headache, then it can also cause many symptoms by affecting different parts of our body. The corona virus is now directly affecting the person’s skin as well. In such a situation, many patients are showing many symptoms related to the skin, which we should not ignore and contacting our doctor immediately is a better option. So let’s know about these symptoms.

Indeed, a review paper recently published in the Journal of Clinical Medicine by Jiménez Cebrián et al. In this, there are many such symptoms, which are seen in patients who are infected with corona and all these are symptoms related to the skin. Recently, many such cases have been seen, in which corona patients were suffering from symptoms like skin lesions, rash, scars. 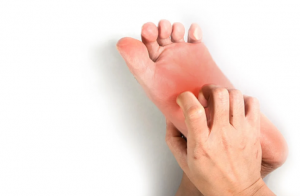 Although there are many symptoms of corona, but do not ignore these symptoms related to the skin and this symptom is the appearance of purple lumps in the legs. According to the study, red-purple lumps were often seen in young adults and children infected with corona. However, dermatological complications were found to be more common and severe, especially in diabetic patients, with 66.7 percent of skin lesions present on the trunk and the remaining 19.4 percent on the feet and hands. 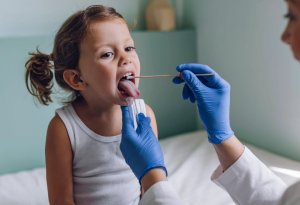 At the same time, a symptom of corona has been found in children, Kawasaki disease. It is an uncommon disease that mainly affects children under the age of 5. Due to this, the blood vessels start swelling in the body of the victim. Talking about its symptoms, it often includes a rash, dry or cracking of the lips and reddening of the fingers.

At the same time, people who are corona patients have also seen some neurological symptoms in the lower limbs and feet. Guillain Barre syndrome occurs especially in people over the age of 60. This is an autoimmune disease. In this, the body’s immune system starts attacking healthy nerves and due to this, weakness starts in the body. Tingling starts in hands and feet. Gradually, it spreads throughout the body and makes the body paralyzed. Therefore, you should immediately contact your doctor as soon as these symptoms appear.