Farhan Akhtar starrer ‘Toofan’ has been in the news for quite some time and earlier this week, the makers released the first static poster of the movie where we can see Farhan Akhtar in his boxing avatar! Ever since then, the poster is breaking the internet. In a never-before-seen scenario, the poster has accumulated a massive response with 58.09 million in reach. Farhan’s fans gave an amazing response on social media.

It’s not uncommon for trailers and songs to have such a massive reach but a static poster that crossed the 50 million mark is unheard of! Fans and celebrities alike have expressed their appreciation for Farhan Akhtar’s extreme transformation into that of a professional boxer. The actor looks completely ripped and has been training to get into the shape for the last couple of months and the results are beyond astonishing.

Farhan Akhtar also took to his social media to share a glimpse with fans from his preps. While the actor worked rigorously in his routine, Farhan Akhtar won the hearts of his fans with his Instagram posts and turned inspiration to many. With Farhan working hard to maintain his fit physique and body for the film, the actor is training under a professional boxer regularly to fit in his character in the film. 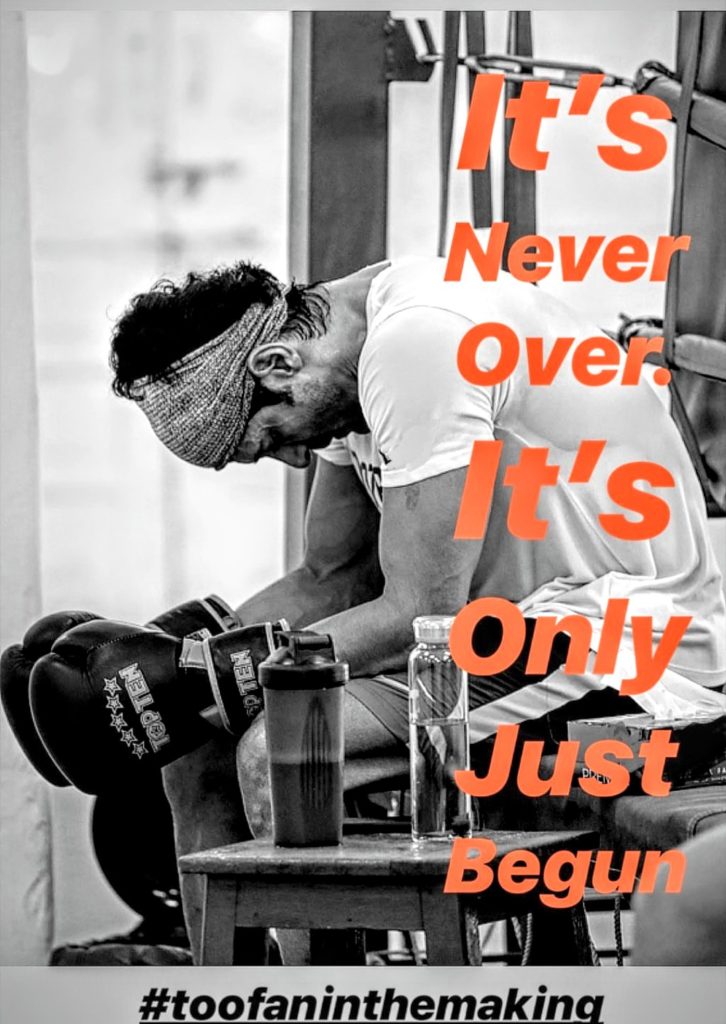 Farhan is also gearing up for the release of his upcoming movie, ‘The Sky Is Pink ‘where the actor shares the screen with Priyanka Chopra after their previous work, ‘Dil Dhadakne Do’. ‘The Sky Is Pink ‘ also features Secret Superstar actress Zaira Wasim. The film is reportedly based on the life of a motivational speaker Aisha Chaudhary, played by Wasim, and traces the love story between her parents.

Rishi Kapoor And Neetu’s Advice On The Girl They Want Their Son, Ranbir Kapoor To Marry; Talk About Love & Relationships !
Karan Singh Grover Gets The Best Birthday Wish From Wife Bipasha Basu; Adorable Note Filled With ‘Monkeylove’
Here’s Why Ranveer Singh And Deepika Padukone Were Not A Part Of Any Bollywood Diwali Bash
When Aishwarya Rai Bachchan’s Broken Arm At Grant Show Fueled Bits Of Gossip That Salman Khan Had Assaulted Her; Check Out